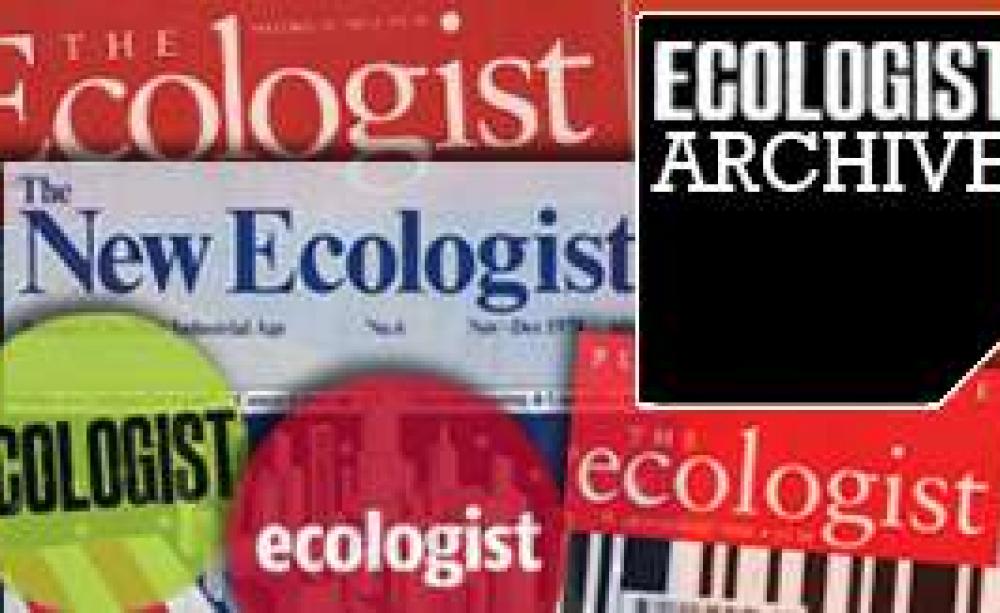 You can ‘structurally adjust’ an economy in a matter of years, but it takes longer to destroy a culture. Heiner Thiessen reports from Senegal on the impact of imposing a Western cash economy on a traditional African barter society

The road to the public tap was long and arduous. A new tap would have saved a lot of time. Nonetheless, Ibrahima decided against the investment. With a tap of his own providing clean and instant drinking water in the privacy of his own compound, neighbours would have descended upon him to fill their plastic containers with the precious fluid – a favour Ibrahima could never decline without risking trouble.

The monthly bill, however, would have been entirely his. Achmed was poorer still, but he didn’t want to be paid on a daily, weekly or even monthly basis. He wanted his money in one lump sum, which he would then hide at some friend’s house, far away. The knowledge of actual cash, burning in Achmed’s pocket would have been too much for family and friends. Anyhow, no doors can be closed on friends and neighbours.

Tomorrow you might have to do the knocking yourself. Toure, on the other hand, accepted daily pay. His money would magically disappear at the speed of lightning.

Muslim life in sub-Saharan Africa involves a constant series of financial sacrifices, which peg individuals back to their natural state of cashlessness. Frequent baptisms, marriages, births and deaths in the neighbourhood and often far-flung families demand respectable contributions. The annual cycle of religious festivals, including Ramadan, Korite and Tabaski, also leads to extravagant expenses, creating debts for months to come. Then there is the second wife, possibly even a third or fourth family. And finally there is Mecca, or at least the annual pilgrimage to the national shrine. With money an elusive commodity, many transactions are no more than straightforward barter.

A day’s labour for some fish and vegetables. I make you a dress, you cut my hair. The individual and their credits and debts are woven into a complicated network of economic and social relationships. In recent years, however, Senegal has been forced by the IMF to turn more and more of its agricultural land over to the production of cash crops for export.

The resulting emergence of a modern cash economy has caused a new sense of poverty and marginalisation. Not everything can be swapped in this rapidly modernising world. Sometimes real bills have to be paid with real cash. Unsustainable development. Babacar returns to me his torch, my present from last year. He loved it and it was very useful in a village without electricity. But now the battery has run out, and that is the end of it. Kebbe has given away my Walkman, the follow-up investment just could not be financed. Torches, Walkmen and batteries may be desirable, but at the end of the day they are not really that important. Generations have lived without them. And what is true for Babacar’s torch is also true for new roads paid for by foreign donors. It is true for splendid colonial houses left to the indigenous population after independence but now crumbling into often dangerous disrepair. And it is true for cars and buses – a UK-style MOT would wipe out 95 per cent of the entire national vehicular fleet. But most of all it is true for foreign aid: thank you very much for lending us the money, but, with interest rates like that, how on Earth are we supposed to pay you back? Capital gains? Capital growth of any sort requires some degree of separation from other people – a modern African equivalent of 17th century Calvinist individualism, where personal economic fortune was interpreted as a divine blessing, as ‘God’s money’ not only to be hoarded but to be multiplied by a Protestant work ethic.

In Senegal this would mean firmly closed doors after work and the right to say no to any financial demands from family and neighbours without the fear of suffering dire social consequences. It would mean behaving according to imported values, as opposed to time-honoured traditional norms. Those few who have already absorbed these imported values accumulate and succeed according to the cold logic of the first world. Their grand houses – surrounded by high walls, floodlights, night-watchmen and guard dogs – are a visible expression of the ‘closed door’. But for the majority of the population the traditional laws of Islam require a different pattern of social behaviour, one which includes charity and solidarity.

As a result, Senegal’s domestic capital hardly grows at all, and ownership of the means of production remains largely in foreign hands. Hotels are owned by Europeans, retail outlets by the Lebanese and Mauritanians and industry by post-colonial ex-pats and multinationals operating in tax-free industrial zones. Profits don’t remain where they have been accrued, but are transferred to safer havens. No amount of development aid can change this. With traditional social norms struggling to survive in the face of this rapid Westernisation, cash poverty is the sub-Saharan norm. You can structurally adjust an economy in a matter of years, but it takes longer to destroy a culture.

European economic development over the last 200 years has been the result of a unique combination of norms and values. Industrialisation was possible because of a scientific revolution, which freed the mind from ecclesiastical dogma. The Protestant reformation of 1517 provided a new work ethic, and the revolutions of 1789 set up an institutional framework for independent entrepreneurial decision making among members of the bourgeoisie free of interference from the nobility and clerical classes. In most emerging countries, however, the process of development is supposed to work in reverse. New technology and financial aid are supposed to change social norms and behaviour over time. New gadgets are supposed to eventually erode out-dated thinking and construct new global traditions.

As the economy becomes Westernised, the thinking goes, so will the way of life. Social loss we have to remind ourselves, as we rush to realign the entire world to our way of being, that capitalist success is based on economic exchange among strangers. In our modern world of international communication and virtual relationships, there are plenty of strangers to sell to. But in localised Africa the same people I transact with are those with whom I live. Am I now to sell a loaf of bread to my needy brother?

In Africa, social acceptance flows from membership of a family network. It is a social status based on lineage, family achievement and giving and receiving among people of your own blood. It clearly exists outside of the narrow boundaries of anonymous market forces. It is a patriarchal or often matriarchal exchange system, in which a father or mother might well demand from their son-in-law the teacher’s salary generated by their newly-wed daughter. Doing business with some anonymous lowest bidder or hiring some unknown best value-for-money candidate is not only considered cold and impersonal, but downright unethical if it implies that one’s own clan misses out.

Business and jobs go to the family, or at least to one’s own ethnic grouping. The traditional network is strengthened that way. And sinning against the laws of that family network may well turn you into a social outcast. We may or may not like these values, but they are socially inclusive, traditional norms, which seem to have stood the test of time and produced cohesion in all sorts of crises over the centuries. Western individualism is not only alien, but often outright astonishing to sub-Saharan Africans. Old peoples’ homes, orphanages and child adoption procedures are certainly not required here. No kennels or catteries either. Just as we may find some of the values of sub-Saharan Africans hard to accept, they cannot fathom the unfeeling logic of Western thinking, which believes in the principle of impersonal competitive markets and mercilessly yet efficiently pits one brother against another. No wonder.

In the meantime, we tell them their lives will be better when they have more money, and then devalue their currency to show that we mean it. Heiner Thiessen is the author of Measuring the Real World, and spends regular time at a solar energy project on a desert island in Senegal. In exchange for providing loans to enable Senegal to make debt repayments, the IMF required Senegal’s government to introduce structural adjustment programmes (SAPs) – the first in 1986 and the second in 1995.

What the IMF SAPs imposed on Senegal

• Foreign imports of rice and sugar were allowed in.

• Economic activity was re-oriented towards producing for export markets.

• The requirement that companies obtain prior government authorisation before they could lay off workers during economic downturns was abolished.

• Preparations were made to privatise 18 major public enterprises. The consequences of the IMF’s SAPs

• 70 per cent of Senegal's labour force was engaged in farming prior to the intervention of the IMF. A massive increase in agricultural imports under the SAPs has undercut and driven most of these largely small farmers out of business.

• The shift to export-oriented production has undermined food security.

• Half of the food-growing land in Senegal is now growing peanuts for Western margarine firms, while production of basic food crops for local consumption, such as vegetables, corn and millet, has suffered.

• Consequently, hunger and malnutrition have risen. The percentage of the population classified as hungry rose from 33 in 1990 to 40 in 1992. While 22 per cent of children suffered from chronic malnutrition in 1992.

• Public expenditure reductions have forced the government to cut the healthcare budget, thus increasing disease and mortality rates. In 1988, maternal mortality was 750 per 100,000 live births. By 1993, that figure had risen to 1,200.

• Currency devaluation led to the doubling of the costs of imports such as medicine. What does the future hold?

• All of this ‘short-term’ pain was supposed to have been endured so that Senegal could pay off its debts. But in an internal paper World Bank officials predicted that, despite the bank and the IMF’s ‘debt relief’ efforts, Senegal’s debt will be larger in 2018 than it is today.

This article first appeared in the Ecologist November 2002