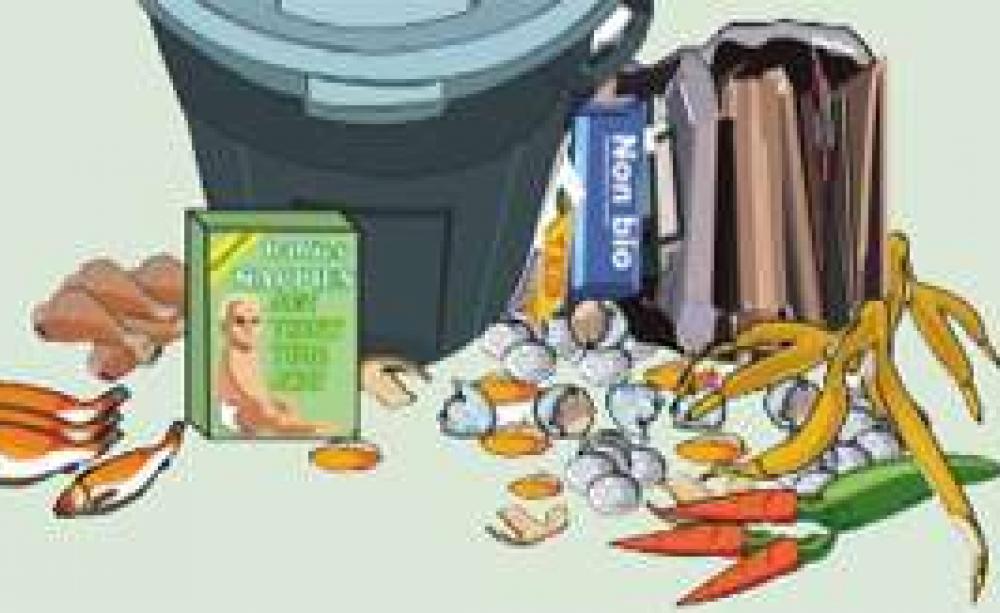 Imagine you could turn 30 per cent of your household waste, at no cost, into high-quality compost for your plants, while also reducing toxic emissions from incinerator plants...

1. It reduces the amount of rubbish sent to landfill sites and incinerators. A third of the average domestic dustbin is filled with materials that could be composted. Currently, only 2 per cent of UK waste is composted. Even that represents 400,000 tonnes per year of compostible rubbish not going to landfill or incineration sites.

2. You can reuse the compost in your garden, on your balcony or indoors on your pot plants, and reduce demand for peat, thereby preserving internationally important peatland natural habitats

3. You are recycling the nutrients that your food, etc, took from the soil and helping them grow back into the soil. According to the Washington-based research organisation the Worldwatch Institute, in 1990 alone the earth lost 480 billion tonnes of valuable topsoil, which was washed into rivers and oceans or blown away as a result of intensive farming practices or deforestation.

4. You are restoring the environment both by improving the soil and by encouraging the growth of plants. Compost improves the structure of the soil and increases its water-holding capacity. Your plants will grow better, and will be more resistant to disease and pests.

5. Compost is a good fertiliser, and reduces the demand for chemical alternatives.

6. It will save you money. If the majority of people in the US composted, they would save £60m worth of rubbish-collection fees.

7. A standard 220-litre capacity composter will produce the equivalent of more than seven grow bags of compost in a year, and it's free.

What do I need to start?

Keep the bucket in your kitchen and simply put your food scraps in it rather than your bin. Then just take it to your composter in your garden as and when is convenient or full.

Every time you are tempted to throw any of the items listed below in your main kitchen bin, STOP. Chuck them into the 'compost' bucket instead.

Do your flats have communal bins? Convince your neighbours to add a compost bin or, if there isn't sufficient room, to replace one existing bin with a composter. If enough of you use the compost bin, you won't need an extra bin.

Do any of your neighbours have space in their garden for a composter?

Perhaps one of them is already composting.

If it is impossible to site a composter where you live, then find out if there is a community composting scheme in your neighbourhood. The community composting sector is very diverse: it ranges from individuals and small groups working on allotments to social enterprises with local authority contracts providing kerbside collection services. To find out if there is a scheme near where you live, contact the Community Composting Network on 0114 258 0483, or go to www.communitycompost.org

A brief introduction: With time, all organic material will decompose. Compost can be made in six to eight weeks, or it can take a year or more. The speed at which it decomposes will depend on the type of composter you own and the mix of materials you put into it.

There are four main types of composter:

The standard compost heap found in gardens across the UK. If you or your neighbour has the space these are fine, but slow. You can buy all sorts of wooden or plastic bins. Or you can make your own:

• Cut the bottom off a plastic dustbin, and bury the bin a few inches below the surface of the soil.

• Build a bin from wooden pallets.

• Stack four or five old tyres on top of each other and cover the top with a piece of wood.

• Use wire fencing to create a cylinder.

They retain heat much better than open compost heaps, and so speed the process of decomposition. These are the most popular type of bought bin, and are mostly made from recycled plastics.

Rather than turning the materials with a fork, you turn the whole bin. Compost can be made very quickly (in less than a month). The weekly contents of your kitchen bucket can simply be added through a hatch in the side of the bin.

Really worm farming rather than worm composting. Your worms are your livestock, and you feed them. They eat the rotting matter: anything from food waste to paper and cardboard. Their droppings are called worm casts and make any compost in which they are contained very rich. Compost from wormeries is the best you can produce, and can be used sparingly, more like a fertiliser than as straight soil.

NOTE: Many local councils offer compost bins to residents at reduced prices; before you buy one, check whether your council does so; if it doesn't, ask why not.

Some materials, such as soft, young weeds and grass mowings, rot quickly. They work as 'activators', known in the world of composting as 'hotter rotters', and get the composting process started. On their own, however, they will decay to a smelly mess.

Older and tougher plant material is slower to rot but gives body to the finished compost - and usually makes up the bulk of a compost heap. Meat and fish scraps are best avoided so as not to encourage rats.

The speed at which a compost bin's contents decomposes will depend on you getting the following right:

The balance of carbon and nitrogen

It's a lot easier than it sounds. The bacteria and fungi in compost get their energy from carbon and their protein by synthesising nitrogen. Your compost should be primarily carbon-based materials, with just enough nitrogen to aid the process along: roughly a ratio of 30 parts carbon to one part nitrogen. As a rough guide to which of your compostible materials are which, the activators (hotter rotters) are the nitrogen-rich materials; most of the rest contains carbon in varying degrees; and if it was once a tree then there will be a lot of carbon in it.

The amount of surface area exposed

Decomposition occurs when the particles in your compost come into contact with air. If you increase the surface area, it will speed up the process. Simply chop, shred or break up material more before you put it in your composter. If you don't do this, the insects and earthworms will do it for you anyway.

Aeration, or oxygen, in the compost heap

During the process of decomposition all available oxygen in the compost is taken up. You need to aerate your compost, simply by stirring it with a garden fork.

You need to keep your compost moist, but not too moist. To get the balance right, squeeze a handful of the composting materials: it should have the moisture content of a well-wrung sponge. If the pile is too wet, add some dry matter such as cardboard. If it is too dry, pour some water on it.

Do NOT add to your bucket

The foodstuffs below will decompose, but they will smell and attract vermin as they do so. Certain composters can cope with this, but unless you have such a system they are best avoided. All the rest of these items either don't decompose at all or give off some fairly unpleasant toxic residues.

Do add these to your bucket

Composting For All by Nicky Scott (Green books, £1.95)

This article first appeared in the Ecologist February 2005