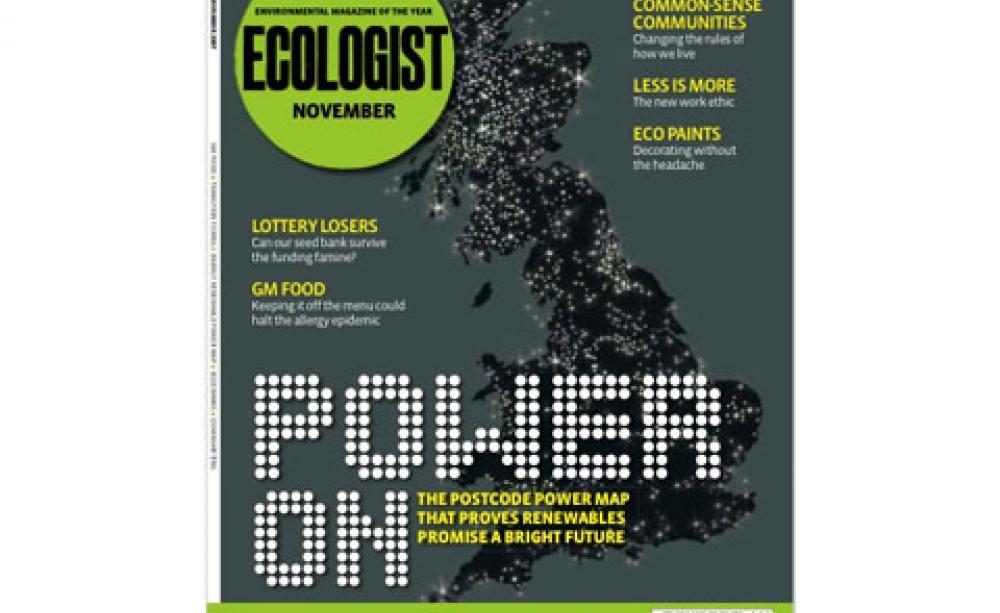 Prominent critics of the failure of Environment Agency Wales (EAW) to pursue the UK’s interests against Monsanto in the US Bankruptcy Court have come under extraordinary attack over the past 10 days.

Douglas Gowan, pollution expert and the only eyewitness to the events at Brofiscin Quarry, has been ‘sacked’ as a witness by EAW director Viscount Chris Mills. He has also had legal papers served on him threatening legal action should he continue to criticise the Environment Agency or its staff in either Wales or England.

Viscount Mills has also written to the Peer Countess Mar expressing regret that she feels it necessary to continue asking questions in the House of Lords about the Agency’s failure to ‘make the polluter pay’. The Ecologist’s reporting of events over the past six months has also been openly challenged on the Agency’s website.

The Agency maintains it had no jurisdiction over Brofiscin until 2005. Yet under the Control of Pollution Act 1990 and the Groundwater Regulations of 1998, it had a statutory duty to act if PCBs and other hydrocarbons, and solvents, were found to be contaminating groundwater. They were. As Gowan has repeatedly pointed out, they were compelled to act by the findings of the Welsh Office in 1998, the National Rivers Authority in 1995 and three further published studies since the turn of the millennium.

Yet the Agency hasn’t acted and the question remains: why? Given the compelling evidence from Gowan as to what chemicals are in Brofiscin Quarry and who was responsible for placing them there, and the evidence about the effects today from Atkins, why was a claim against Monsanto not pursued? And why, in a current written answer in the Lords, does the Agency say that it still does not know whether it has any quantifiable claim? In a separate answer it also admits never to having met face-to-face with its US legal representatives.

As the Agency makes a concerted effort to silence its critics on this, the biggest environmental crime committed in the UK, so a pattern is beginning to emerge. The Ecologist has spoken to community leaders in North Wales and Telford, places where Monsanto is known to have operated or used disused quarries and brickworks to dump toxic wastes, while knowing them to be lethal to public health and the environment. This is proven by the company’s own admission in documents made available to the Agency.  In Rhos, North Wales, there are chilling echoes of the Brofiscin saga.

Locals are concerned about the effects an acid tar pit could be having on the environment. ‘People living near the site, at Llwyneinion, have serious health concerns,’ local newspaper the Wrexham Leader reported in March, ‘as do the 60 firefighters who tackled a huge blaze at the site in the 1980s, which was sparked when one of the hundreds of drums dumped there, corroded and leaked.’

It continues, ‘residents say they feel they are living near a “ticking time bomb” and fear it is only a matter of time before another blaze starts.’

What is contained in the drums is not known as the contents are considered by the Agency to be too dangerous to analyse. Yet the Wrexham Leader quotes Environment Agency Wales officials telling residents at public meetings that the lagoon poses no ‘immediate’ threat to groundwater or public health.

The Agency is concerned only about the here and now, and not what might happen a few years down the line. There are evident dangers involved in pursuing such a policy. In addition to which the Agency is charged with pollution prevention, not simply with reacting to catastrophic events.

In Telford, mysterious oil drums have emerged in another tar pit. Again, one had corroded and opened, and the contents had ‘unexpectedly’ liquefied, community leader the Reverend Paul Cawthorne told the Ecologist. In trying to address the situation he said he had been confronted with obfuscation and prevarication by both his Town Hall and the Agency. As at Brofiscin, there are no clear lines of communication and no structured command between the various authorities involved in such issues. A residential estate is currently being developed adjacent to the site.

Janet Williams, from Wrexham, spent the best part of the 1990s campaigning against the chemical industry. The campaign stopped ‘when we started to be able to breathe and have our windows open in the summer’. But there are ongoing issues relating to the contaminated land that is left. Janet has noticed a culture change within the Agency since 2000. ‘We had a very good inspector who helped us stop the immediate problem, but he was given a sideways promotion,’ she said. Things are not so good now.

Change is occurring, however. Police are being added to the Agency operations in North Wales, the first time this has happened in the UK. This allows for witness protection by the criminal justice system, and properly trained enforcement. This seems to be a clear acknowledgement of past failings by the Environment Agency and supports the Ecologist’s contention that the Agency had a duty to protect Gowan or any other whistleblower.

Furthermore, a recent statement by the 10,500-member Chartered Institute of Environmental Health also recognises past failings. Announcing ‘contaminated land training’ in conjunction with the Agency, it read: ‘After much uncertainty and the virtual suspension of regulatory activity under the Part 2A regime, we now have the prospect of a more definitive process, which can be applied with a higher degree of confidence.’

We can speculate as to why, but it seems evident that the whole system created to protect the public interest has systemically failed. People’s health is being placed at risk and legitimate concerns stonewalled.

The Agency should address these issues and not shoot the messengers.

This article first appeared in the Ecologist November 2007