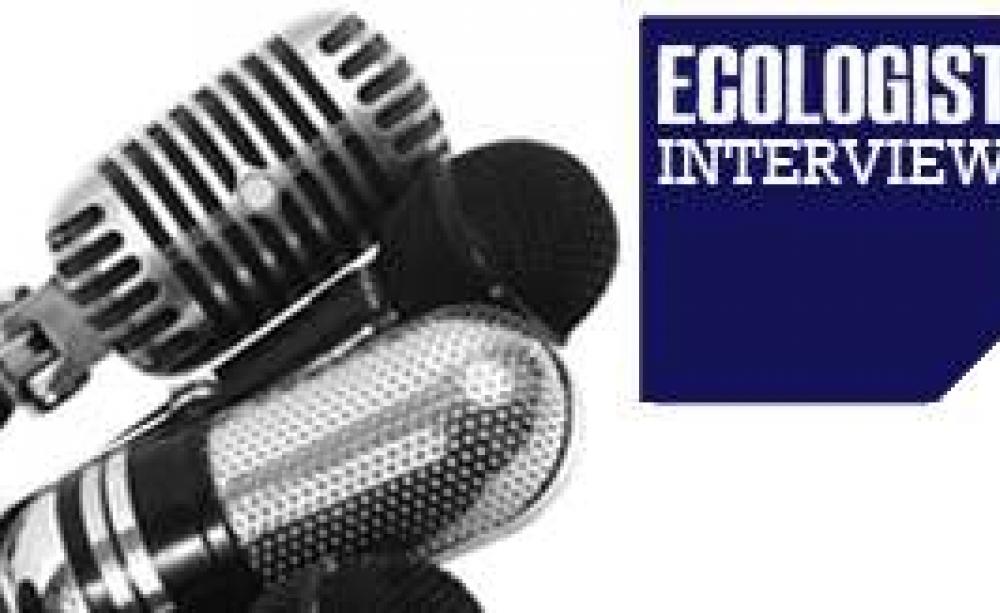 What can indigenous wisdom teach us about how to better live within our environmental means? Maestro Tlakaelel has some tips

I had wanted to talk to Maestro Tlakaelel about the end of the world. My head was full of the Mayan prophecy of 2012, when the mythic calendar of that ancient culture ends, a sure sign for many of a global environmental catastrophe. I was sure this 87-year-old Mexica-Tolteca elder, who has been instrumental in bringing indigenous wisdom to political and environmental forums throughout the world, was going to tell me what to expect. Or at least tell me where to run.

When I finally caught up with him, however, in Sedona, Arizona, he confounded my expectations with an entirely different vision of our trajectory. He was here on the last leg of a world tour, with a schedule that would challenge most 30-somethings, let alone an octogenarian recovering from a recent bout with cancer.

My first encounter was a talk in the adobe-style centre of the Ringing Rocks Foundation, an organisation committed to the preservation of healing traditions around the world. It was standing-room only. Tlakaelel, flanked by his long-time friend, collaborator and translator Bert Gunn, spoke for more than two hours about healing, herbs, death and spiritual medicine.

‘We are no different from spirit,’ he said. ‘We are spirit. I am not what you see. I am not this body. I am my spirit within this body here. And soon I will be free to integrate myself with Great Spirit. I will be released from this prison.

‘Do not forget that nothing is destroyed. Death does not exist. Everything is transformed. Death is a natural passage, a step. Like birth. It is something that we ought to take with joy—although, of course, it is a difficult transition.’

He talked about how we should work with the dying. ‘When you see a friend who is dying, do not leave them alone. The solitude is the worst thing about dying. Use songs, prayers; take their hand and caress their forehead. Nurses and doctors are afraid of touching sick people, but these are difficult moments that we will all pass through. They need to know they are not alone. Say to them, “Don’t be afraid. This is natural. Look into my eyes. You have no pain.” Let them talk about their life, about the beautiful things of life. We are all programmed to be born and to die. It would be good if we could teach our children that death is not a punishment, that we will continue living on the other side.’

Maestro Tlakaelel continued: ‘We are electromagnetic beings. We are pure energy, formed by atoms like everything else in creation, but we use only 12 per cent of our abilities. Our senses are dormant, sleeping. We need to wake up. What is the destiny of the human race? We never ask this question. We constantly ask it of ourselves individually—“Who am I? Where am I going?”—but rarely about our species.

‘Our ancestors knew the answer: they knew that mankind comes into this world seeking perfection. That perfection comes with self-development. That perfection will come when man has the ability to create all that he can conceive. We are a genetic treasure. The moment we are conceived we bring to the world the combined experiences of all our ancestors. We will pass this on to our children and they will be better than we, and on through time to the next generations. We need to understand that we are a link in the chain of evolution to a superior being of the future.’

And so I was introduced to a spiritual master who speaks more about mankind’s potential than environmental catastrophe.

Maestro Tlakaelel was born Francisco Jimenez Sanchez, in Santa Julia, a small village near Mexico City, to a lineage dedicated to protecting the oral traditions and customs of the Mexicayotl, or the ‘Red Road’. He did not attend formal school, but was instead ‘passed from elder to elder’ in preparation for a destiny that was prescribed before his birth. In 1947, he was given the title Tlakaelel or ‘counsellor to the council of Anahuak’ (‘what emerges from water’ as in an island or continent), a near-mythic kingdom, the ancestral foundation of the Aztecs, Mayans and Toltecs, which encapsulates the original indigenous cosmology obscured by the devastating imposition of Euro-centric culture.

He has been struck by lightning four times and spent 15 years living as a hermit in the mountains, learning to listen to the lore of nature. For decades he has been a champion for indigenous rights throughout America, joining with Native Americans as a part of his spiritual mandate to unify the native peoples of the south and north, the fulfilment of an ancient prophecy of the re-encounter of the Eagle (of the North) and the Condor (of the South).

I expected him to be intimidating, but when we finally meet face-to-face, over Sunday breakfast at the Page Springs Bed & Breakfast, he is simply a wise and humble grandfather, wiping milk from his graying goatee and apologising for taking up our time.

He is in a thoughtful mood. ‘Last night I began to think about the nature of time,’ he says, as he tucks into some fruit and yoghurt. ‘When we talk about time, we talk about the future and the past, when all that really exists is the present. As we speak,’ he continues to a small, sleepy audience, ‘the present begins to move into the past and we move into the future.’ So he began a questioning reverie about time, the existence of precognition and the fact that we could be moving from a world ruled by the laws of relativity into one ruled by those of quantum mechanics.

This is fairly ordinary breakfast conversation at this singular bed-and-breakfast establishment, which is situated in a great amphitheatre of hills surrounded by wild land. Owners Connie Baxter Marlow and Andrew Cameron Bailey are filmmakers, photographers and visionaries, dedicated to communicating the vitality of indigenous wisdom to the world. Maestro Tlakaelel is their guest.

‘Is it possible that we might be moving into an age of great awakening?’ asks Bailey before coffee. ‘Could we reach a critical mass when we all wake up?’

Tlakaelel pauses for a moment. ‘Si. Si,” he nods, and Bert Gunn moves a small microphone on to a jam jar to catch his words. ‘I think this is the future of humanity. More and more people will realise that we are cosmic citizens and that the earth is the home of everyone, not just for a few, but for all the colours. They will realize that the earth is our mother—not just in a physical sense, not in a sentimental sense or an emotional sense, but in a spiritual sense and in plenitude. We live thanks to her. We are coming to a time of awakening; a time when we need to recognise our destiny as a species. We are one single race—the human race—and the earth is our home. We are all indigenous people. As such, we have one common destiny.’

Later, in a more formal interview, I ask him about the prophecy regarding the current ecological crisis and he answers with the words of Chief Seattle. ‘When I am asked about prophecy, I just tell them that our ancestors knew what was coming, because it was obvious to them. I repeat the document of Chief Seattle when he was asked to sell his land—it is like a hymn for our people. He said: “Pardon me, but I don’t understand. Who can sell this land? The land does not belong to man; man belongs to the land. Who can sell the murmur of the insects or the water of the rivers? Or the smell of the pines? The earth is our mother. Who can sell their mother?” It continues like this as Chief Seattle expresses all that is in his heart, and at the end he says, “You are living piled up in what you call cities and one day you will drown in your own waste. Pardon me, as I am just an ignorant savage, but I do not understand this. What are you asking me for?” This is the synthesis of the indigenous feeling for the earth, our relationship to life and our home and all that exists.’

So this, surely, must indicate we are coming to the end of the world? That our profligate behaviour will usher in the age of environmental cataclysm? Are there prophecies that indicate the end of humanity? He is having none of it.

‘All we need to do is identify once more with the earth; with animal life, vegetable life, mineral life and the people of the four colours—red, white, yellow, and black,’ he insists, refusing to corroborate my image of imminent catastrophe. ‘It’s very simple. We will realize that we are all created by the same being—a superior intelligence, or the great mystery, or our great-grandfather. We are that. We are creation. All we need to do is realize it.’

And as we do that, he teaches, we need to understand that as we walk on the earth, we walk on the ashes of our forefathers. ‘In the beginning there was the earth; then there were plants and animals that died. Each time they died they returned to powder. Then people began walking the earth. They also died and returned to the earth. More and more the surface of the fertile earth grows with these deaths. Therefore, we live over a layer of the ashes of our ancestors. The earth creates and revives us. The earth is our mother and our father. We are stepping on the remains of our ancestors—this is a superlative love in all its forms: physical, chemical, emotional and spiritual. And we all walk the same road.’

‘Do not be afraid,’ Maestro Tlakaelel responds. ‘The world is not going to end, but there is a great change coming. We are already in the process of transformation. We are seeing great movements of the planet and when the sun goes out, the calendar will end.’ He grins. ‘But that will be a long time from now.’

Nicola Graydon is a freelance journalist

This article first appeared in the Ecologist December 2007