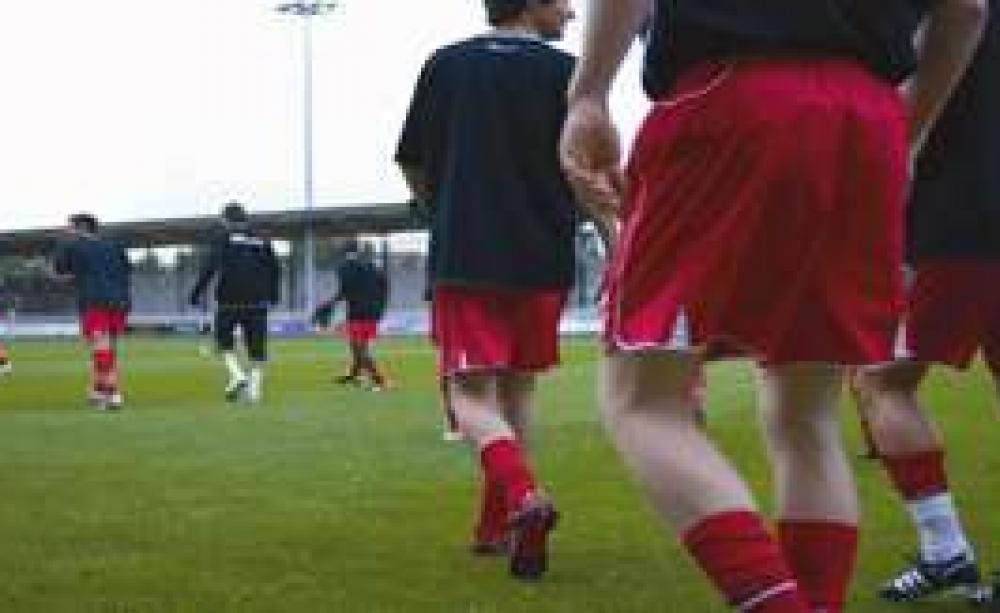 With its grass roof, solar panels and low-energy lighting, the beautiful game now has its own beautiful eco home. David Craik meets the man making it happen

Experience tells you to expect certain things when you approach a football stadium. First, you’ll see the floodlights towering into the sky; the stands will soon loom large and slanting, and then you’ll see the walls of brick or concrete. You’ll hear the noises – the songs and shouts of the expectant crowd – and you’ll smell the smells: the burger vans and the police horses.

But walking to Dartford Football Club on match day is different. If it weren’t for the crowd of people in front of you, with their replica white tops and scarves, it would be difficult to find Princes Park, the 4,000-capacity home of the ‘Darts’, who play in the Ryman Premier League.

Only when you get very close and you see the curved timber roof, and the almost delicately small floodlights poking up from embankments of grass and poppies, do you realise that this is a place of football. ‘It’s different isn’t it?’ smiles Bill Archer, co-chairman of the club. ‘The stadium is sunk, so it keeps the noise down and also ensures that there is not as much light pollution as other stadiums.’ Bill describes Princes Park, which opened in November 2006, as ‘the first-ever eco-friendly sustainable stadium in the country.'

Other ecological features include a living grass roof, stands constructed out of sustainable timber, solar panels for the dressing rooms, two ponds at the north end of the ground for reclaimed rainwater, underfloor heating and low-energy lighting.

Bill continually describes the stadium as ‘fantastic’, and standing on the terraces awaiting the start of a pre-season friendly against Championship side Crystal Palace, it’s hard not to be impressed. The stands have open spaces allowing air and natural light to enter, and there isn’t a single piece of litter to be seen.

Pointing to the large number of bins situated at the back of each terrace, he assures me that ‘Our supporters are very proud of the ground and don’t want to see it dirty. They don’t throw any rubbish down.’ It’s been a long road for the Darts to reach this point. ‘We lost our original ground at Watling Street in 1992 after the bank foreclosed on us,’ explains Bill, who became co-chairman in 2006.

For 14 years, the Darts played their home matches in stadiums around Kent. For Archer, who has supported the club since he was five years old, it was hard to take.

‘We were nomads,’ he says. ‘I enjoyed many years at Watling Street. I am a Dartfordian and the club has given me a lot of pleasure. I wanted them back in the town.’

Bill became a director of the club in 2000, and began discussions with the local council about bringing the Darts home. Over time, the sympathy of the councillors to the idea began to grow, and a decision was made that a new stadium would be built.

He admits that the desire to ensure the stadium had environmentally friendly features was largely driven by the council and architects Alexander:Sedgley, but he was delighted with the plans.

‘Because it was a newbuild it gave us the opportunity to introduce the green elements. We were asked our opinions and we said that it was the right way forward.’

There was little opposition to the plan within the council and the local community. ‘Most people wanted to see the football club back,’ says Bill, who admits: ‘There was a feelgood factor about the stadium plan.’

A council-owned sportsground already existed on the site chosen for the build, but, according to Bill, it was losing money and in disrepair. The build took 48 weeks to complete and used sustainable materials in the construction. ‘During the build we kept in touch with the council and we brought our players down to see the progress being made,’ he says. ‘They all thought it was great and a lot of pictures were taken.’

Those same players are holding Palace 0-0 as the half-time whistle is blown.

We begin a tour of the stadium walking through corridors shining with natural summer evening light from the large windows above, ahead and behind. There is not a lightbulb in sight, and none is needed. Bill points to the timber frames used throughout the outside and inside of the stadium. ‘It’s Glulam timber, which is a renewable building material. It’s also a great insulator and further saves our fuel bills,’ he says.

We walk outside to look at the curved living roof on the main stand. It is a hydro-seeded sedum green roof system designed to blend into the surrounding environment. ‘It provides good heat insulation and insects and birds love it,’ Bill explains. ‘It also absorbs noise and is a great air-filtration system’.

We walk down to the main plaza area of the stadium. On either side, long grass and flowers grow. There is even a sign declaring ‘Keep Off – Seeding in progress’. Certainly a rarity for a football stadium.

Next are the two man-made lakes. They provide water for the whole site, including urinals, and for watering the pitch, which is made up of only five per cent synthetic material. A total of 25,000 litres of water a day are needed for the pitch alone.

Bill says there is six weeks’ worth of recycled water in the lakes (or one million litres). The tour comes to the back entrance to the stadium. It is a steep road called Grassbanks – named presumably after the man-made hills of grass, excavated stones and poppies on either side?

‘No,’ answers Bill. ‘At the old Watling Street stadium there was a section that had no terracing. It was just a steep grass bank, and those who stood on it were called the Grassbank Boys. I was one of them.’

An ecological feature before its time? ‘No,’ he laughs. ‘It’s just that the club couldn’t afford the terracing!’ At this point a faint whistle and low cheers are heard in the background. The second half has begun.

After the game ends, with a 2-0 defeat for the Darts, and the crowds begin to leave, Bill points to a large wooden statue on one of the terraces. It is called ‘The Oak Man’.

‘You’d think that it would have someone’s initials scratched on it, but people respect it,’ he says. This respect has been replicated throughout the stadium. ‘We have had no vandalism at all, because this stadium is such a nice, clean, airy and relaxing place. Someone did write something in the toilets once about the manager, but he felt so guilty about it that he phoned up afterwards apologising and saying he would come back and clean up,’ Bill says, laughing.

The stadium is overlooked by private houses and Bill admits that initially there were concerns from residents about its impact. ‘When we opened we used to have a residents’ meeting every month. It started off with about forty people, which went down to twenty and then down to ten. Local people are happy with the stadium. It is not an eyesore like other football stadiums.’

The management of the stadium, and its green features, will soon be Dartford FC’s responsibility. ‘We are just going through the paperwork now,’ he explains. ‘The council will still own the site but it wants us to run it for ourselves. It uses contractors, which we will do as well.’

What are the biggest maintenance issues with the stadium? ‘It doesn’t need much. We need to walk on the roof every three months or so and remove overgrown grass or things dropped by birds. We also need to check the lakes for obstructions. We hope it will start paying its own way when we get it right. It’s a low-cost stadium, with what we save in energy and water,’ he answers.

Bill now has a growing appreciation of ecological issues. ‘This stadium has enlightened me,’ he says. ‘If there are two ways of doing things then you should do it green. I think it has had a similar impact on the fans and the community. They can see that they can save money and have a nice building and atmosphere with eco-friendly features. I’m sure it has made many think about how they can go green as well. We can play that role.’

The club also invites schools to the stadium, and the children study and complete projects on the green features. Other non-league clubs have visited to talk about what they can do to follow Dartford’s lead.

Bill argues that the stadium is having a large social impact as well. ‘This is a big green building in the community,’ he says. ‘People see it is nice and they treat it well. The council says vandalism in the town is down, not just on Saturday when we have the kids here, but throughout the week as well. The stadium has helped improve social behaviour.’

On leaving, he says fashion designer Wayne Hemingway, who has visited Princes Park, recently described it as ‘the best new stadium in the country’ – ahead of the new Wembley, even. You can see it makes Bill proud, and he deserves to feel that way.

This article first appeared in the Ecologist October 2008