How to make your town plastic-free 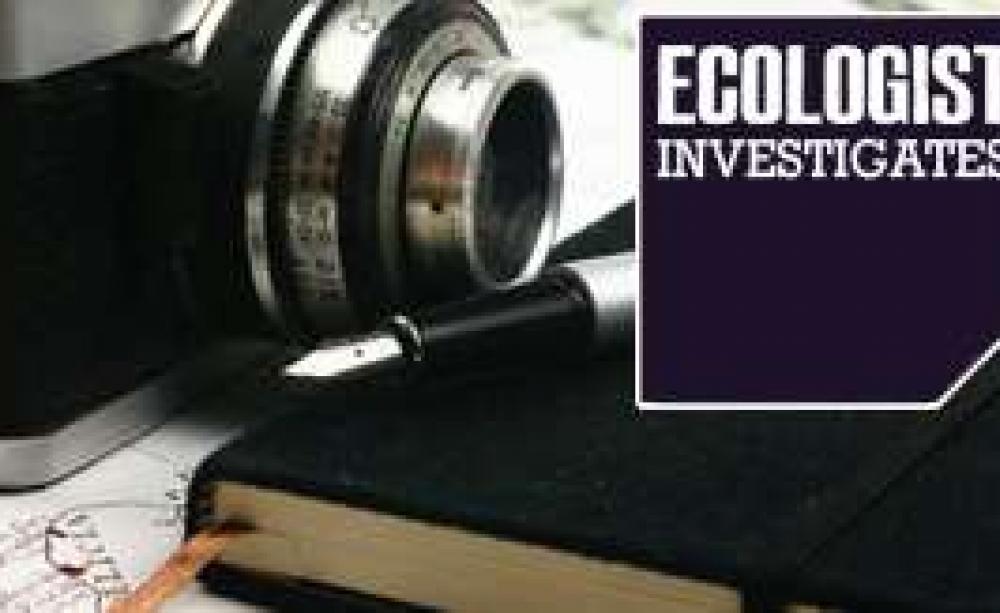 Modbury was the first town in Europe to turn its back on polythene bags, in May 2007, but since then inspired individuals up and down the country have followed Hosking’s lead, convincing their neighbours to kick the plastic habit.

Based on her experiences, Hosking, a wildlife-documentary-maker, along with six other campaigners from North Berwick, Brighton, London and elsewhere, wrote Ban the Plastic Bag: A Community Action Plan.

Here, Sylvia Rowley digests their advice on how to rid your town of the plastic-bag plague

Why should your town go plastic-bag-free? British shoppers use more than 17 billion plastic bags per year – the equivalent of 350 for every adult. We use each one on average for only 12 minutes before throwing it away. As Hosking says, however, there is no ‘away’. Plastic bags are destined for landfill almost as soon as they are created, and add to the 2.8 million tonne mound of plastic waste produced in the UK every year. Some ends up in the sea, with every square mile of ocean now containing an average of 46,000 pieces of plastic, which choke and entangle sea birds and mammals. What’s more, plastic bags do not biodegrade; instead they eventually break down into smaller and smaller bits, contaminating soil, waterways and oceans, and entering the food chain when eaten by animals.

‘Knowledge was the most powerful tool I had in changing opinions,’ says Hosking. You need to be able to give informed answers to the questions of traders and shoppers, the first of which is bound to be, ‘what’s wrong with plastic bags?’ Learn about the impact they have on the environment, and about the broader issues such as landfill and unsustainable lifestyles.

Facts and films documenting the damage caused by plastic can be found at www.plasticbagfree.com. Have other success stories to hand: in Ireland there has been a massive (97.5 per cent) reduction in the number of plastic bags given out since shops started charging for them.

Keep up with other plastic bag campaigns by signing up for Google news alerts on ‘plastic bags’ and joining the plastic-bag-free Google group at http://groups.google.com/group/plasticbagfree

3 The bags: if not plastic then what?

The ideal is to get people to use a reusable bag made from natural, compostable materials. An average cloth bag will save the owner from using at least 1,000 plastic bags. You will also need to find alternative disposable bags for shops to stock while people get into the habit of bringing their own bag, however, and for when they forget. Cornstarch and paper are both used in Modbury, but there are many options. Charging for bags will discourage people from using disposable bags and mean that traders can cover the extra cost of the nonplastic bags, which are more expensive.

A word of caution from Hosking – beware greenwash in the world of ‘eco-bags’. What you save the environment in plastic pollution you might unwittingly substitute with species destruction or human rights violations. See www.plasticbagfree.com for bag options and a list of recommended wholesalers.

You need a core team, including traders, prepared to do much of the legwork and willing to work together for at least a couple years. This group will have to try to get the message out to everybody else!

Tips from Hosking and the others include starting a website, keeping the local press up to date and involving as many existing groups as possible. Making postcards and posters to display in shops, and tying in your campaign with other local events such as festivals can also work well.

Chloë Hanks from Brighton says ‘design and professionalism are crucial’. Having a brand or logo and repeating this across all of your materials including bags is a ‘simple way of sending out a strong and coherent message’.

‘It’s crucial to get all or at least the majority of traders involved,’ says Hosking. If you live in a large city, start with a smaller area such as a street or borough. An initial meeting to get public support behind you is important. In Modbury, an art gallery donated space and free wine for Hosking’s first meeting, and a local pub supplied free finger food. She showed her film Message in the Waves, about marine plastic pollution in Hawaii (www.messageinthewaves.com), provided guests with a booklet on why they should stop using plastic bags, and had examples of alternative bags for people to look at. At the end of the night guests voted a resounding ‘yes’ to supporting the campaign. A plastic-bag committee was formed and a launch date set.

Handling supermarkets and highstreet chains is one of the biggest difficulties for a community going plasticbag-free. Often chain stores need permission from head office, or even for company policy to change before they can act. Contact the area manager of your local supermarkets and other chains right at the beginning of your campaign to inform them of your plan; if they are unresponsive try head office.

Proof of community support can strengthen your case. A survey in North Berwick, which showed that 98 per cent of respondents agreed that shops should cease providing plastic bags, persuaded Tesco in Scotland to withdraw bags from its North Berwick store.

‘There is no reason why start-up costs should be prohibitive; you just need to work with what you have,’ Hosking says. In Modbury, the start-up costs were kept very low and covered by the traders themselves, who each paid £50 towards bag design, posters and setting up the website. The different campaigns around the UK have found various sources of cash, so look around to see who will support you. Friends of the Earth, local councils and community councils, local chambers of commerce, co-ops and recycling charities have all provided funding for plastic-bag-free campaigns.

To get the media and residents interested, start your campaign with a bang. In Hebden Bridge, campaigners set themselves a target of getting 80 per cent of shops to remove plastic bags on the launch day. Good PR is essential and a handout of at least one cloth bag per household is also a great idea if you can afford it – ‘people love freebies,’ says Hosking. For brightly coloured bags made from scrap material at no charge, see www.morsbags.com

Keeping up the momentum with monthly information days and anniversary celebrations is important, but why not think bigger? As Hosking emphasises, plastic bags are only the tip of the iceberg of global environment problems. She says her campaign woke up her community to environmental issues, and many traders have now gone beyond thinking about plastic bags, cutting down drastically on packaging and looking into getting rid of plastic water bottles too. Once you’ve created a community that cares about the environment, you have something powerful in your hands – see what else you can do.

Sylvia Rowley is a freelance journalist

This article first appeared in the Ecologist April 2009