Forget trees and carbon: trees and rain is the real problem 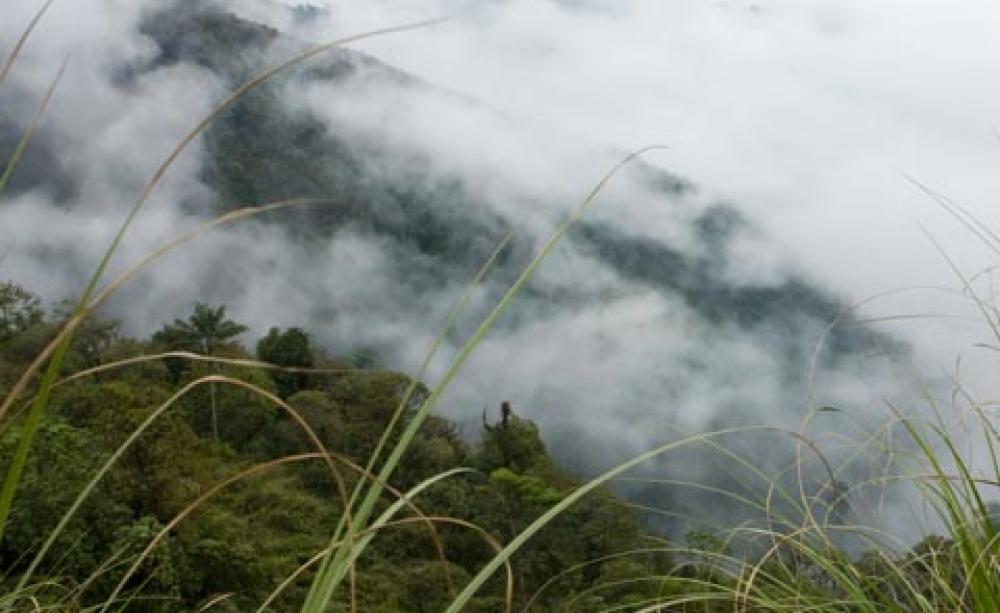 As economists and policymakers scramble to put a price on the stored carbon of rainforests, they could be missing the bigger (wetter) picture...

Now that it looks almost certain that tropical rainforests will be included in the negotiations for a post-2012 agreement on climate change, it is vital to get one thing straight: as far as climate is concerned, especially when we consider the 6m square kilometer Amazon Basin, the really important fact is not just the carbon locked away in the forest and soil, but rather the way in which the forest breathes out water vapour through its leaves, such that the rains that fall and keep the forest dampened are largely recycled.

Only the forest, with its canopy and understorey, has sufficient leaf coverage to recycle enough rain to keep the water cycle going all the way from the coast of Brazil to the high Andes and beyond. Plantations of whatever kind, including tree species such as African Palm, or soya, simply cannot do the job; they cannot pump sufficient water vapour in the process of transpiration, to enable the water, evaporated off the tropical Atlantic and carried by the Trade Winds, to get all the way to the Andes. And it is the high Andes, with their moorlands (páramos) and snow-capped peaks, which on receiving the rains of the Amazon generate the mighty rivers that flow into the Amazon Basin and carry perhaps as much as one-fifth of all the freshwater in the world.

The energy required to evaporate the water and get the forest to pump it up through its roots is simply staggering when we consider the whole Basin. The sun’s energy over the Brazilian Amazon is equivalent to some 20 Hiroshima-sized atomic bombs going off every second, day and night, all year long. As much as three-quarters of that energy is transformed into the latent heat of water vapour which, when mixed with volatile organic compounds such as terpenes and isoprenes derived from the leaves, has just the right characteristics to form clouds. Those clouds build up into massive thunderstorms which suck in air from over the forest, so adding to humidity and enhancing rainfall.

It is this forest-generated process of cloud formation which cools the surface, distributes the energy to the higher latitudes and keeps the rains falling, and it is this process that gives South America its climate and which has an impact on every other climate system in the world, no less the Monsoons of Asia, or indeed the air mass circulation system of the Arctic.

Argentina gets as much as half of its rains courtesy of the Amazon, through what has been called the South American Low Level Jet Stream, which has its origins in the centre of the Basin and then swings down past the Andes to deliver its bounty of rain in the River Plate Basin.

The US midwest, the Corn Belt, through a similar teleconnection gets rains from the Amazon in the spring when planting of maize and soya are in full swing. And, most important of all, the rains get to the high Andes, giving Bogotá, the capital of Colombia, its Amazon climate, but at some 8000 feet above sea level.

As the Russians, Ana Makarieva and Victor Gorshkov, as well as other climatologists, such as Roni Avissar, have shown, deforestation, once it has passed some critical point, could lead to a collapse of the remaining forest as its water-recycyling pumps shut down. That would threaten in particular the forests to the west of the Basin, those super-biodiverse forests that nestle up against the piedmont of Colombia, Ecuador, Peru and Bolivia.

There is good evidence to suggest that the rainforests to the West of the Basin, such as in the Colombian Amazon and piedmont, recycle as much as 88 per cent of the rain. That means that the rains, once they have got there, are able to contribute to what is almost a closed, self-sustaining system.

The lushness and luxuriance of the western Amazonian forests gives the lie to the idea of their resilience and low vulnerability to climate change when, in fact, the opposite is true. Those western forests need the forests to the East, just as they need the abutting Andes to give the air mass system enough lift, such that the rainfall is about double that over Manaus and the central Amazon. A country such as Colombia – once the country, in pre-Colombian times and pre-conquistador deforestation, with the most water in the world for its size – depends for its future survival on what it does to its Amazon. In that respect, it also depends on what Brazil does to its Amazon, as well as on the rest of the world with regard to policies and actions to limit the consequences of climate change and global warming.

The Colombian government currently has a policy in place to protect 24 per cent of its Amazon rainforests. That simply will not do, if the aim is to keep the rains coming and getting to the high Andes. But, luckily for Colombians, they have a rich cultural heritage in their indigenous peoples of the Amazon who, through the system of ‘resguardos’ set up by enlightened Colombian governments in the 1980s, are responsible for the administration of just under one half of the 44 million hectares that comprise the Colombian Amazon.

If Colombia continues to respect the massive contribution to the survival of its country provided by its indigenous peoples, then indeed there is hope that the Amazon will continue to flourish and provide essential water for the many millions of its Andean and lowland population.