Eating insects: a solution to the meat problem? 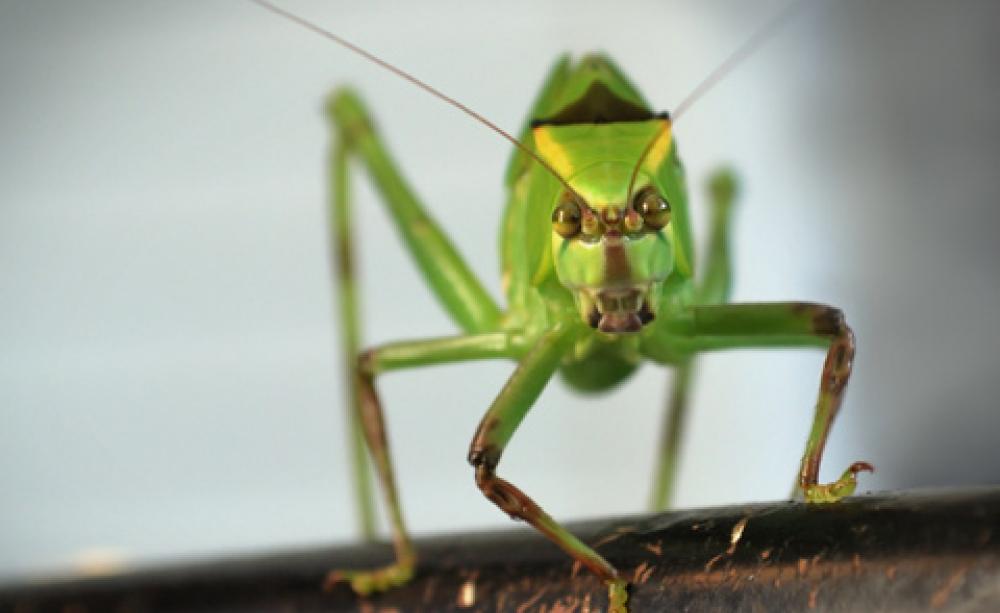 The world's demand for protein will continue to rise, even as the environmental impacts of meat production become clearer. Could turning to commonly eaten insect species be the answer?

In Mexico, insects have been an integral part of people’s diet for thousands of years. When horses, wolly mammoths, camels, antelopes and other large mammals became extinct in Central Mexico around 7000 BC, people needed another steady source of protein. Insects fit the bill perfectly. The indigenous groups in Mexico had no word specifically for insects, instead referring to them as ‘the meat we eat’.

When Europeans arrived in Mexico, although they deigned to consume certain edible insects, especially during Lent, in general these heavy meat eaters considered eating insects a barbaric, pagan practice and believed that creepy crawlers were the devil’s helpers.

And, yet, a case could easily be made that insects are in fact man’s best friend and that humans couldn’t survive without them. Insects perform many of the basic functions necessary to maintain life on this planet, including recycling dead organic matter, creating topsoil suitable for plant life, and aiding plants in the pollination process.

They also provide a plentiful source of food for animals and even humans. Within central and southern Mexico there are thousands of species of insects, about 500 of which are fit for human consumption. Of these, almost 100 edible species are eaten and commercialised throughout the country, including grasshoppers, worms, ants, bees, butterflies, grubs, gnats, flies, mosquitoes, wasps and beetles, as well as their eggs, caterpillars and larvae.

Edible insects are an excellent source of protein, calcium, vitamins and minerals, and they even contain more healthy polyunsaturated fat than fish or fowl. One hundred grams of dried fly is made up of 54 grams of protein, almost 50 milligrams of iron and important quantities of essential amino acids and B vitamins. Stinkbugs have a high iodine content and are a good source of riboflavin and niacin. While only one-tenth of all food eaten by beef cattle is converted into meat, insects convert food to meat at a much higher rate and, as a result, offer more protein per pound than any bird or mammal. Grasshoppers provide twice as much protein as beef, while a single earthworm provides the nutritional equivalent of 50 grams of meat.

Eating insects instead of animals could do great things not just for peoples’ diet and health but for the planet, too. Insects are infinitely less inexpensive to breed and harvest than animals, they are readily available almost everywhere on the planet (and thus very little fossil fuel is needed to transport them to market), they don’t need to be refrigerated, they don’t lose their nutritional value even after being cooked or when dried out, and they need no added chemicals or machinery to reproduce or grow. In addition, insects are blessed with the ability to reproduce way faster even than rabbits. A female cricket can lay up to 1,500 eggs in one month, termites lay over 30,000 eggs a day, while ants can pump out over 300,000 a day. All of this makes insects the ‘greenest’ meat on the planet.

Being that insects have been around so long, are so well adapted to life on earth, have such short life spans and reproduce so often and in such great numbers, all species of insects should be positively flourishing. Unfortunately, this is not the case with edible insects in Mexico, where the numbers of the most commonly consumed insects are dropping like flies. Several dozens species of edible insects in Mexico could be threatened with extinction if forests continue to be converted into timber and are paved over by urban sprawl, and if lakes continue to be polluted, over-exploited and dried out.

Perhaps the greatest current risk to the survival of several species of edible insects, however, is the rising popularity of insects among fine diners. Dr Ramos Elorduy, one of the world’s foremost expert on edible insects and a researcher at the Biology Institute of the UNAM in Mexico City, is the author of Creepy Crawly Cuisine: The Gourmet Guide to Edible Insects, published in 1998. Although she is still a staunch promoter of insects as food, Elorduy has seen first hand how certain species have become depleted over the years due to food trends.

‘Sales of edible insects, both in Mexico and internationally, are continually increasing,’ she says. ‘In major cities around the world, including Tokyo, Sydney, NYC and Hong Kong, insects are commercialized by Japanese or US companies who buy them for pennies in Mexico and elsewhere and sell them for dollars in gourmet stores or five-star restaurants.’

The success of these fat, juicy insects at the dinner table is, however, thinning out the ranks of edible insects in the field. Due to the scarcity of the most-valued insects, less succulent species are now often being substituted, with a loss of taste, texture and nutritional value. Even when you get the insect you pay for, its integrity is often compromised before it reaches your plate. Besides threatening their survival, the widespread use of herbicides and pesticides, as well as a steady diet of pollution and human waste, load insects down with a heavy burden of toxic chemicals. The presence of lead and other toxins in edible insects makes eating them a risk and has made exporting them more difficult. Lead levels in some grasshoppers have been found to contain as much as one hundred times the maximum recommended dose of lead for young children and pregnant women.

To ensure clean, toxin-free grasshoppers for human consumption, Dr Elorduy has developed a patented, toxic-free breeding method for grasshoppers which she hopes one day will be adopted as a standard insect breeding environment. As she points out, in order to preserve the hundreds of species of edible insects, and in order to produce enough healthy edible insects to feed growing populations, ancient traditions and innovative technology will have to come together with fair trade and environmentally progressive strategies.


Kurt Hollander is a freelance journalist