When will we see a green taxi industry? 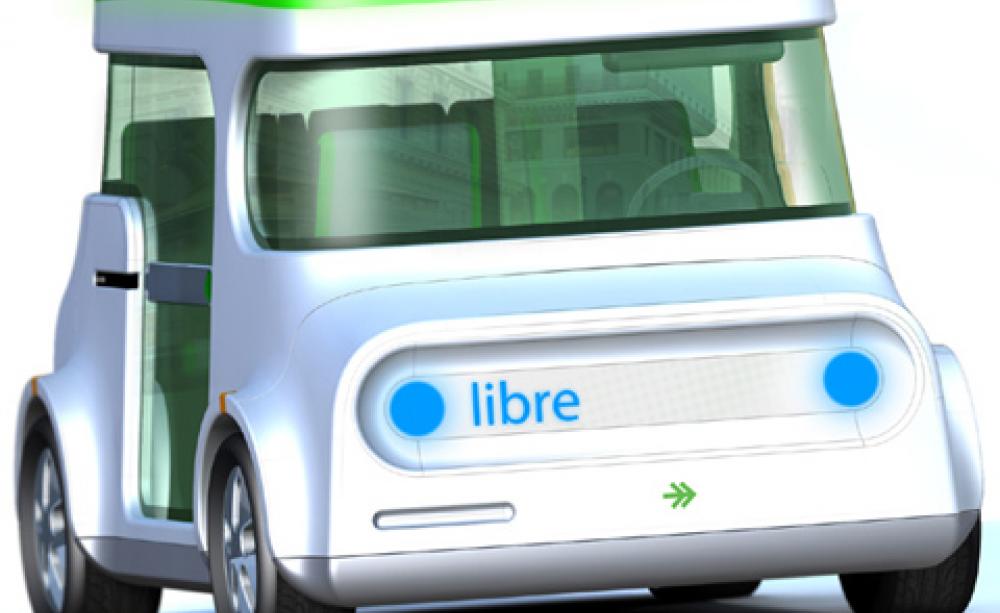 Buses don't go everywhere, and on some routes they might not even be an efficient option. But many taxis are heavy and polluting compared to ordinary cars - when will this change?

At first glance, it could be something from a sci-fi movie. Looking like a cross between a milk van and a smart car, the MX-Libris makes an immediate impact with its squat shape, white façade and glass door. Concept cars are notoriously off-the-wall, but this is neither a family car nor a sports car – this is a taxi.

Designed to be environmentally friendly, the car adopts green technologies beyond those seen in standard low-carbon cars. Every aspect of the MX-Libris has been carefully created to optimise efficiency and make it a zero-emissions model, from rain water collection to its bamboo floor.

The idea was developed by industrial designer Alberto Villarreal for a sustainable taxi competition in Mexico City. Though he didn’t win, he attracted interest from two separate companies looking to commercialise his design, which is constructed to take advantage of the area’s climate.

'I wanted to create an eco-friendly vehicle because I think all transport these days should be zero-emissions – especially for an urban vehicle, there is no need to use fuel anymore,' says Villarreal. 'The car utilises a range of existing technologies from the transportation industry that help maximise the interior space, optimise the use of energy and enhance the ride experience.'

Indeed it does. The taxi is powered by a fuel cell, which is supported by a battery drawing energy from solar panels on the roof. Two uses per structural element aren't enough for Villarreal, however – the roof, with its raised border, also collects rainwater for the car’s cooling system, and a green light around its perimeter lights up when the taxi is free. This combination of technologies harnesses both Mexico’s strong sunlight in the day and its frequent showers.

The necessary taxi elements have been redesigned to fit in with this eco-car, as its designer explains. 'The interior is more like a small bus – it combines some attributes of public transport but also the privacy of a car,' says Villarreal, 'so the driver is isolated, there is a large door that allows passengers to get in and out easily and seats are foldable'.

Using only one door limits the complex manufacturing process involved in low-occupancy vehicles and, as it slides rather than swings open, it takes safety issues in a busy city into account. The interior provides plenty of space for four passengers, and the bamboo floor is a warm, sustainable and durable choice of material. And if all that wasn’t enough, an "info-tainment" screen behind the driver provides useful information for passengers.

So what’s the catch? Well, it’s designed specifically for Latin American countries, so isn’t directly transferable to our less exotic shores. And it hasn’t gone into production yet, despite stirrings of commercial interest. But the idea of making a green taxi from scratch rather than adapting existing models is something other countries might want to consider, particularly as car-related legislation puts more and more pressure on countries to become environmentally friendly.

Here in the UK, we have over 69,000 taxis on our roads – over 22,000 of those in London alone – leaving a huge carbon tyreprint behind them. So what’s the answer? Inevitably, new technology will have to provide green solutions. But green doesn’t come cheap.

Bryan Roland, general secretary of the National Private Hire Association, says money is a huge constraint when it comes to cleaning up the industry. 'It is more likely that the change will come from local authorities rather than from within the trade, and that’s simply for financial reasons,' he says. 'To go green, while it might be a wonderful idea, at this moment in time it’s not really viable.' And though some taxi firms are starting to change, there’s still a long way to go. 'It's slow,' says Roland. 'We're half a day into a year’s work.'

While a purpose-built concept taxi designed just for the UK might be a way off, something else is happening – the big, bold black cab section of the taxi industry is looking into green technology. Both Mercedes and Lotus are developing environmentally friendly taxis to challenge the traditional black cab, aiming to bring significant change to cities dominated by the iconic vehicle.

Eco City Vehicles, a company providing 30 per cent of new London taxis, is beginning trials with the Mercedes Electric eVito Taxi – an electric zero-emissions model that is projected to run for 120 miles without needing recharging. It is unlikely to appear on public streets until 2011, but it is a serious step forward for the black cab market.

Likewise, Lotus is designing its own eco-friendly cab after winning funding from the Government’s Technology Strategy Board. The design, which uses an electric motor powered by a hydrogen fuel cell and harnesses waste heat to warm up the cabin, should be on the road in time for the 2012 Olympics. After its announcement in 2008, the model is now in the testing phase as Matthew Reed, PR officer for Lotus, explains. 'The full test vehicle was moving for the first time three weeks ago and now enters a verification stage,' he says. 'This testing and development stage will take some time and will continue for the rest of the year.' It might not be quite as innovative as the MX-Libris but, as far as UK taxi technology goes, it’s at the forefront of developments.

For now, though, there are essentially two options for taxi companies wanting to be green. The standard car used is the Toyota Prius – its hybrid engine and regenerative braking (which captures energy normally lost through braking) means its CO2 emissions are just 89g per kilometre. Executive car service EcoIgo is one firm that exclusively uses Priuses, as is ClimateCars.

'There’s nothing better than what we have at the moment, which is the latest generation Prius, but we will certainly change vehicles going forward as and when things come on the market, whether that’s Toyota or whoever they’re from,' says Nicko Williamson, founder of ClimateCars. 'Long-term we’re looking at fully electric vehicles, newer hybrids and other alternative fuels.'

The Prius isn’t the only green car to be seen getting picked up in, though. Going against the grain of traditional five-seater taxis, smart cars are now being used by some taxi firms. The new diesel smart fortwo has the same emissions as the Toyota and, with its high levels of agility, the two-seater has tip-toed its way into the taxi industry and is proving popular with (albeit single) passengers.

Solocar in Oxford launched a fleet of smarts in 2009 after finding that 60 per cent of their journeys consisted of single passengers with little luggage, and even a small taxi firm in Cornwall has found the smart car a positive addition. Portreath Cabs say the car is frequently requested by customers for its environmental benefits and Scott Rowe, driver for the company, says it has become very popular. 'The carbon footprint – the environmental side of it – that was one of the main reasons we did it,' he says. 'It's in its teething period at the moment with it being new, but people are starting to recognise it.'

Whether it’s in the form of picking up a green car and making it into a taxi, reinventing the green credentials of a traditional taxi or designing a new model entirely from scratch, one thing is for certain – the taxi industry can’t escape becoming environmentally friendly. It’s all in the model, and with some innovative minds reshaping the industry, a cab you hail in 10 years time is likely to be a green one rather than a black one.

Aimee Steen is a freelance journalist