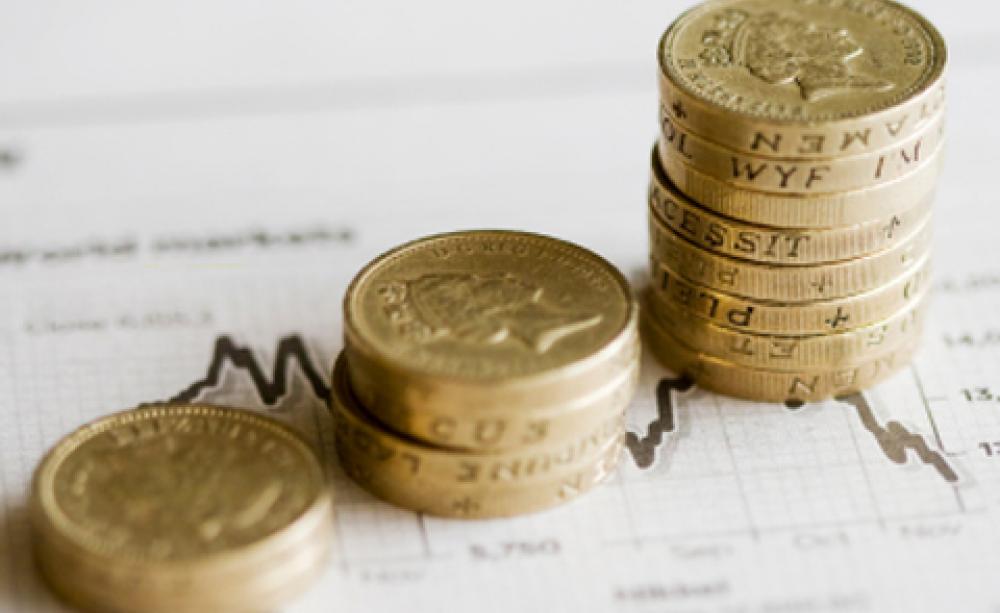 George Osborne pledged £1billion to a green bank that could help Britain reduce carbon emissions. But with low carbon technologies unproven, banks, institutions and energy companies are wary, meaning the venture may not attract the capital to make it viable

That £450bn includes money to make our homes and industry more energy efficient and a massive expansion of renewable energy such as wind, tidal and hydro power. It also includes money for new coal, gas and nuclear power stations, to replace our rapidly-ageing existing stock and keep the lights burning, plus investment in carbon capture and storage, as well as new transmission networks.

That sum is not expected to come entirely from taxpayers' pockets. Ordinarily, the money would be spent by energy companies, banks and so-called 'institutional investors' such as pension funds, who take people's savings and invest them, with the aim of generating a steady return which goes into their retirement pot.

The problem is, nowhere near enough money is going into our energy infrastructure at present. Ernst & Young estimates that banks, institutions and energy companies will only invest £50-£80bn between now and 2025, leaving a massive shortfall of £370bn. The reasons for the shortfall are complex, but a crucial factor is that investment in low-carbon technology is seen as very risky, because the technology is unproven and the returns are uncertain. In addition, Britain is just one country competing for funds to invest in its energy system in a global marketplace. Yet unless something is done to make up that shortfall, the UK's hopes of becoming a low-carbon country are doomed.

That is why our politicians have resolved to create a Green Investment Bank. The basic idea is that the bank would use some taxpayer's money in creative ways that encourage the private sector to invest a lot more in low-carbon energy. In October the chancellor George Osborne promised an initial £1bn for the Green Investment Bank. A debate is currently raging between different government departments as to exactly how the bank should work and how much more of our money should be put into it. A critical question is, how much risk should the bank be allowed to take with our money?

The collapse of Lehman Brothers in 2007 kicked off a global recession with US and European governments forced to prop up the banking system. Royal Bank of Scotland remains largely in state hands and the failure of Irish banks has led the Irish Republic to seek an 85bn Euro bail-out from the European Union and the International Monetary Fund. In this climate, British politicians will have to tread very carefully indeed when deciding how the Green Investment Bank will work, although all the main political parties support its creation. The Coalition is expected to announce more details in March, most probably in the 2011 Budget. A spokesman for the Department of Business, Innovation and Skills says it aims to have the bank up and running by September 2012.

Ernst & Young is relatively cautious about the bank's future role. In October it published a report, 'Capitalising the Green Investment Bank', which examined the funding shortfall and possible ways for the new bank to help. Ben Warren, co-author of the report and an energy and environmental infrastructure partner at Ernst & Young, says the idea of a Green Investment Bank which borrows heavily to invest in energy projects such as offshore wind farms is 'not an attractive prospect'. The bank should avoid trying to compete with private sector banks and instead, find ways to channel private money into low-carbon energy, such as by creating insurance products which reduce the risks, he argues. For example, it could promise to compensate investors if the construction of an offshore wind farm goes over budget or falls behind schedule.

Warren argues that the basic problem is not that the financial markets don't work, but they are afraid of the risks inherent in low-carbon technology. The Green Investment Bank's role should be to reduce that risk. 'Offshore wind has a high perceived risk of construction and cost over-runs,' says Warren. The same worries hold back investment in new nuclear power stations, while carbon capture and storage is also 'an unproven technology'.

Ernst & Young believes the Green Investment Bank needs at least £4-£6bn in order to 'make a difference'.  So far Osborne has pledged just £1bn, with a promise of more to come from the sale of government assets. 'In our minds, £1bn is short, under any scenario,' says Warren. 'The green economy will deliver some real jobs... While the government is looking at everything through the austerity lens right now, renewable energy provides great opportunities for the UK.'

Campaigners for the Green Investment Bank argue that the risk of investing has to be balanced against the massive potential benefits of achieving a low-carbon society. Andrew Raingold, deputy director of the Aldersgate Group, a coalition of businesses, NGOs and Members of Parliament which campaigns on environmental issues, is confident that the Green Investment Bank will happen, but is concerned that political disagreements over how it should operate and how much money it should be given may prevent it from being 'credible and effective'. 'It will be hard to achieve a political concensus on the solution,' he adds.

The Aldersgate Group, which published its own report in September, 'Financing the future' believes the bank should issue 'green bonds' to encourage pension funds to invest in the low-carbon sector. Pension funds and life insurance companies are critical because they control funds of more than £2 trillion. However, they do not currently invest in low-carbon energy because it is seen as too risky. Supporters of the 'green bond' concept argue that this would change if the Green Investment Bank sold green bonds to pension companies. These would offer the kind of steady, if relatively modest, income which is attractive to pension funds and the payouts would be guaranteed by the government. Meanwhile, the Green Investment Bank would take the money raised from the sale of these bonds and invest it in riskier projects such as offshore wind farms or carbon capture.

'We think it's essential the bank has the power to raise its own capital and green bonds would be an example of that,' says Raingold. The Aldersgate Group also argues that the creation of a bank which puts taxpayers' money into low-carbon projects would demonstrate to the rest of the investment world that the government is serious about low-carbon energy. This is particularly important because this autumn the government announced a comprehensive review of the electricity market and it is widely suspected that the subsidies currently paid to generators of renewable electricity may be reduced, which has made private sector investors even more cautious.

Gordon Edge, policy director at Renewable UK, which represents wind, wave and tidal power companies, would strongly welcome a Green Investment Bank which achieves the 'holy grail' of getting pension funds to invest in low-carbon energy. At present, onshore wind companies are managing to find  the £1bn or so a year they need to fund their expansion of roughly 1 gigawatt per year. Offshore wind is more expensive, but so far, those companies have also managed to raise the £3bn a year they need to increase capacity by 1 gigawatt annually. The problem will occur around 2015, when expansion of offshore wind must ramp up to around 3 or 4 gigawatts per year, to help reach the UK's target of 15 per dent renewables by 2020, up from the current level of just 3 per cent. Power companies like Eon and RWE simply don't have the money to fund this level of expansion, says Edge: 'We need to find that money somewhere else.'

Campaigners say there are plenty of examples already of state-owned banks that have successfully supported the development of new markets, such as the European Investment Bank or Germany's KfW. Ed Matthew, programme director of Transform UK, which has lobbied strongly for the Green Investment Bank, says Germany's KfW has helped bring about hundreds of thousands of energy-efficient refurbishments of German housing, by offering low-interest loans.

'In the UK, there are almost no refurbishments, apart from those done by a few environmentalists. In Germany, they are retrofitting 100,000 homes a year and 200,000 jobs have been created, because of KfW's programme,' says Matthew. He adds, 'The investment needed to make the UK a low-carbon country is on a completely different scale to what's gone before. There's not a chance in hell of reaching the levels of investment required without a Green Investment Bank.'

Nick Mabey, chief executive of E3G, an environmental think tank that was commissioned by the chancellor to report on how the bank should work, is 'cautiously optimistic' that a fully-fledged investment bank, with the power to borrow money on the capital markets as well as spend taxpayers' cash, will be created.

'I think there's an awful lot of support among poliiticans and decision makers, in and outside government, especially those who see the green economy as part of the future,' says Mabey. 'The UK has had great targets [for renewable energy] forever, but we are very bad at implementing them. I think the Green Investment Bank is critical... we need a sensible, clever, innovation.'  In a few short months we will know whether our government is ready to take the plunge.