Raw food diets: are they worth it? 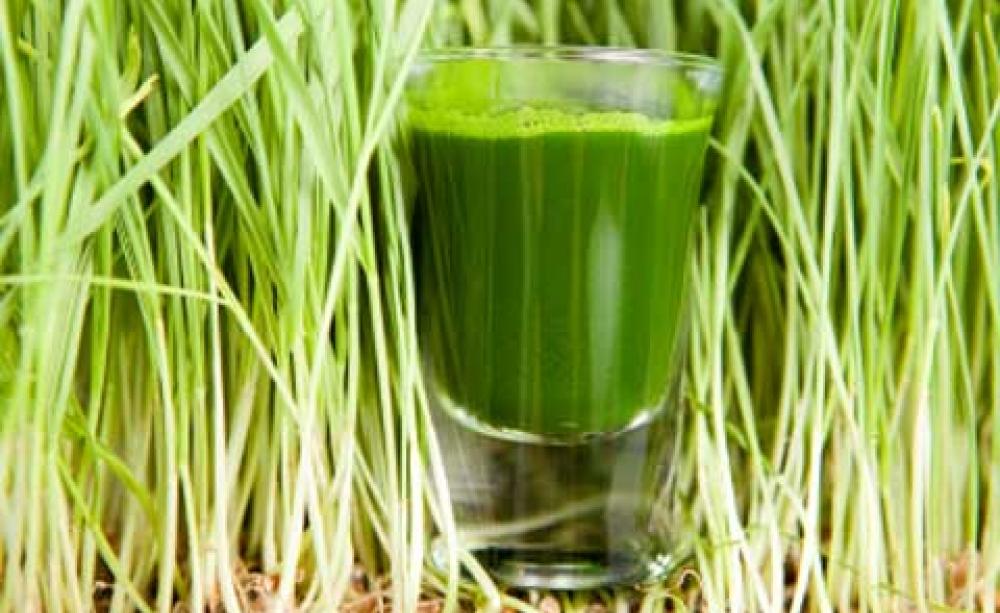 Some like it hot, others like it... raw. A vegan diet based on uncooked plant food is good for the planet - but is it right for everyone?

What is it about people eating a raw food diet that makes them so happy, even ecstatic?

Years ago I remember watching a raw foodist friend roaming round an overgrown garden with a douser that she used to identify edible wild plants. She'd then blend these weedy looking specimens with avocado and banana to make a smoothie that seemed to make up the bulk of her diet, along with fruit, sprouts and soaked nuts. Amazingly, she never seemed to get tired and had this extraordinary, slightly otherworldly look of bliss in her eyes.

Following the raw path will lead you to ‘a place of love, joy, abundance and vitality,' writes one of the most vocal UK advocates of raw food, Kate Wood, in her latest recipe book Raw Living. It's what she calls 'Raw Magic.'

You just don't get this kind of enthusiasm for any other diet. Perhaps this is because, as Wood suggests, the diet itself transforms your state of mind and your emotional state: ‘My thoughts always tend towards the positive - because my food is so full of life energy, I am.'

Ecstatic feelings aside, raw food diets are arguably the greenest on the block with at least 80 per cent of the diet made up of raw plants. Most raw foodies are also vegans although a growing number also eat raw dairy products to up their intake of vitamins and minerals.

Wood, who lives in Brighton and has been following a 90 per cent raw diet since 1992, says that although the diet relies on a small number of exotic key ingredients such as bananas and goji berries, it's possible to eat around 70 per cent locally sourced foods - especially if you grow your own. ‘You'd have to be committed to it 100 per cent. But doesn't that apply to any diet?'

Preparing food raw also eliminates the need to bake, fry or toast. Admittedly, there's plenty of blending and juicing but much of the food is chopped, grated or mashed by hand. Even though personal rather than planetary health is the main motivation to 'go raw', its green credentials are an added bonus.

As for the diet itself, I'm still not sold on the menu. I imagine the raw life as one of sacrifices, limited choice at restaurants and fussy requirements at friends' houses. The good news is that you don't have to go the whole raw hog. ‘If you follow the diet at least 50 per cent of the time it will be effective,' says Wood. ‘And once you get a taste for them raw foods become highly addictive. The impulse is to stay up. When you feel this good why spoil it?'

There's also more to raw food than lettuce leaves and grated carrot. There's a tasty, gourmet side to it too: raw chocolate brownies, 'pasta' (made using strips of carrot and courgette), raw pies and quiches, imaginative dips and pestos and if you invest in a dehydrator you can make 'burgers', cakes and cookies.

In the UK, Wood says there's 'quite a number' of raw food places to eat in London, Glasgow, Bristol and Brighton but not as many as in California and New York. I visited Saf, a trendy, (mainly) raw vegan restaurant near the Ecologist office in London whose mouthwatering, inventive menu will convert even the most sceptical. Every dish I tried, from Pad Thai to berry cheesecake, looked and tasted delicious. Even in a non-raw restaurant, Wood assures me ordering a good raw salad isn't usually a problem.

Still, to the unitiated like me, the raw 'path' seems incredibly restrictive. The idea that hot food, which has sustained us for centuries is seen by raw foodists as an 'addiction' to be gradually stripped away is hard to swallow. What's wrong with a bowl of steaming hot soup?

Raw or 'living' food diets are based on the premise that when you cook food, you kill it - you lose the vitality and 'life force' of the food. According to Dr Brian Clement, the director of the Hippocrates Health Institute (HHI) in the US which pioneered the use of living foods for healing purposes in the 70's, 'cooking food above 42C destroys all of the enzymes in the food'. Clement describes enzymes as 'the spark of all life'. The enzymes in raw food help start the process of digestion and reduce the body's need to produce digestive enzymes.

Survival into the 21st Cenutry, written by HHI co-founder Viktoras Kulvinskas in 1975, is still regarded as a living foods Bible. In it, he advocates a diet consisting of fruits, vegetables, sprouted seeds and grains, grasses, weeds, algae and sea vegetables.

Raw foodists credit the diet with all kinds of powers: clearing 'brain fog', boosting the immune system, a cure for depression, weight loss, even a more youthful appearance.

People go raw for many different reasons, says Kate Wood. The main motivation is to gain more energy. Other reasons include losing weight, treating a digestive disorder or clearing up a skin condition. The greater the percentage of raw food in the diet, the greater the alleged health benefits.

Although very little scientific research into raw veganism exists, Wood says the movement is growing. 'Ten years ago no-one was interested. Now it's growing year on year. People do it, feel and look better, have more energy. Their friends notice the difference and want to get on board.'

Is it for everyone?

Of the studies that do exist, some highlight the positive health impacts of the diet in certain scenarios that include lowering obesity and hypertension, decreasing the symptoms of rheumatoid arthritis and even reducing the risk of breast cancer.

Other studies show the potential longterm risks, linking the diet with vitamin B12 deficiency, lower bone density, an increased risk of dental erosion and weight loss and amenorrhea (an absence of menstrual periods).

Barbara Wren, a naturopathic nutritionist and principal of the College of Natural Nutrition in Devon, says that raw food diets are not suitable in the longterm, or for everyone. 'For a period of time raw food can be very appropriate for some people but not to the exclusion of other foods, particularly in winter.'

Instead she promotes a form of integrated nutrition that draws from eastern traditions and includes raw and cooked food.

Wren's biggest concern with raw food diets is that they should be part of a wider health programme. 'Raw food is detox. You're creating so much elimination; you're getting the cells to let go. You need techniques - enemas, rubs, baths and so on - to encourage the skin and liver to let it all get out.'

Over the years, Wren has observed that those on raw food diets 'always seem to fall off the wagon'. People on it come across as 'flaky and not grounded'.

What about the raw foodist argument that cooking kills the enzymes? 'There are other ways of augmenting enzyme activity - such as fermenting food to aid digestion,' she says.

Not surprisingly, conventional dietary advice does not promote raw food diets either. Sian Porter, a dietitian and spokesperson for the British Dietetic Association (BDA) says that it's fine to incorporate some elements into your diet. 'But it's about balance. The body needs a variety of foods to get all the nutrition.'

On the plus side, Porter says raw diets includes a lot of fibre, fruit and vegetables. Interestingly, she says it's a 'myth' that raw food is better for you. ‘Some cooked food is more nutritious and more easily digested than raw. For instance, carrots and tomatoes have more nutrients when cooked. One reason is that cooking helps break down the cells in the food so the nutrients are released more quickly.'

The main risk, says Porter, is of deficiencies, particularly of calcium, iron, protein and omega 3 fatty acids. This is why the diet is 'not suitable for children, breastfeeding mothers, anyone who's anaemic or at risk of osteoporosis'.

Even Kate Wood admits that if you're eating raw in the UK there's still a risk of Vitamin D and B12 deficiency. 'We don't get enough sunlight in this country so you need to take supplements.' But she contests the idea that you shouldn't breastfeed or bring up children on a raw diet. Her three 'healthy, vibrant, intelligent' boys  have been on a 90 per cent raw diet since birth. However, she stresses, 'you do have to do it right. Fats are really important - I give them a lot of hemp, flax, avocado, olives and superfoods like bee pollen and macca.'

Although those who include raw dairy or meats in their diet are less likely to suffer from deficiencies, there are additional safety risks if this type of food is not produced, stored or used appropriately. Pregnant women in particular should avoid these.

A diet for all seasons?

What about in winter when the temptation to eat hot food is at its greatest? 'Here in the UK it is important to eat warm foods,' says Wood. Raw can be warm - you can still heat soups, sauces and herbal teas to about the temperature of a hot tub.

If you're keen to eat more raw in your life, she advises taking it slowly. You could just start by eating more salads and juices or doing one raw day a week. For more gourmet recipes, invest in a good recipe book or track down a raw food workshop in your area.

Clearly, an extreme raw food diet is not for everyone but the secret lies in finding a healthy balance between cooked and raw. You might not get all the ecstasy but at least you'll taste the best of both worlds.

Kate legally changed her name from Kate Wood to Kate Magic in 2007. Although her books Eat Smart, Eat Raw, and Raw Living are published under the name Kate Wood, she is now widely known as Kate Magic. 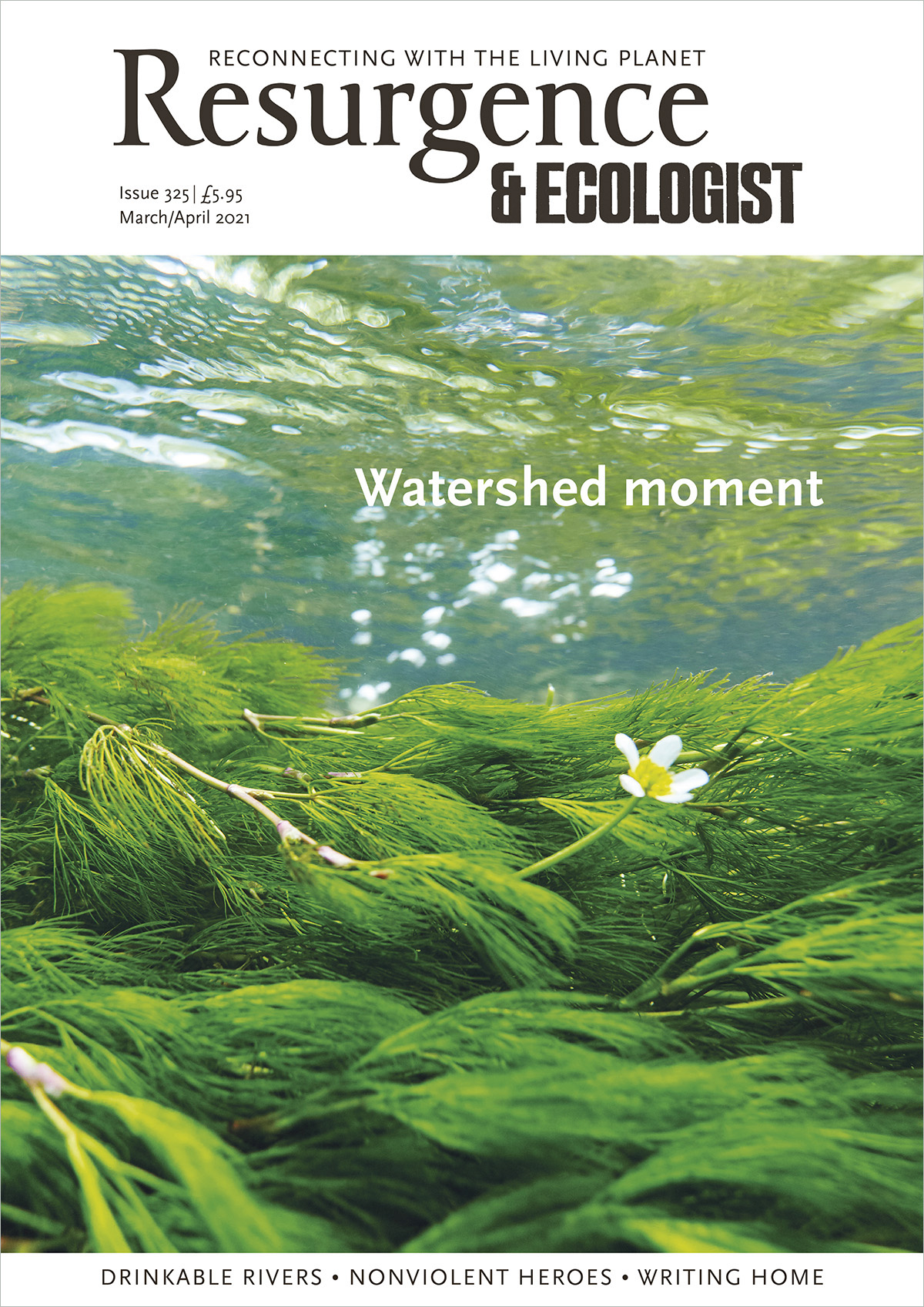