Put to the test: a buyer's guide to non-dairy products 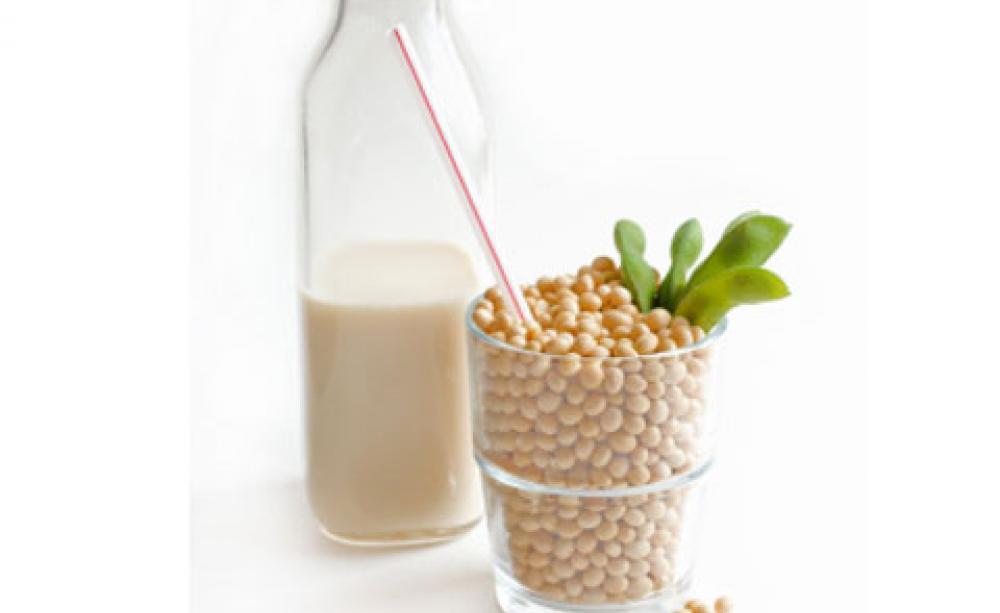 Whether for health, ethical or environmental reasons, a low-dairy or dairy-free diet is becoming more mainstream. Here's how to have your (cheese)cake and eat it too...

The first soya milk cappuccino I ever tried was undrinkable. Gone was the creaminess of my beloved full fat dairy version and in its place a puny, beany, foul-tasting substitute. Within a few months, I got used to the soya taste and soon came to prefer it to ‘normal' milk.

That was ten years ago - before soya milk could be bought in supermarket fridges alongside shelves of dairy milk and when it was still seen as a bit alternative, even 'gross'.

I switched to soya because a nutritionist told me I was 'lactose intolerant,' although I have since taken to drinking cow's milk again.  An estimated 5 per cent of adults in the UK are intolerant to lactose (a naturally occurring sugar in all animal milks). Others cut out dairy because they are allergic to it. Vegans avoid it because they object to the way dairy cows are treated.

And, as any environmentalist knows, we need to eat fewer meat and dairy products (benefits include a reduction in greenhouse gas emissions, slowing of deforestation, freeing up of farm land for other use, reduced water consumption, and a potential reduction in the rate at which we are losing biodiversity).

Tim Lang, Food Commissioner at the Sustainable Development Commission (SDC) says: 'The heavy footprint of the meat and dairy industry means it's right to prioritise exploring how, not just whether, over-consuming societies like the UK could reduce their meat and dairy consumption.' See this report for more information.

So whether you've decided to cut down on, or cut out, dairy products for health, welfare or environmental reasons you've probably encountered a range of dairy-free alternatives to milk, cheese, yoghurts and cream. Do they taste anything like the real thing - and what issues do you need to be aware of?

We conducted an informal, highly subjective tasting session in the Ecologist office. Most of us had never ventured into the dairy-free zone beyond soya milk so were trying the products for the first time. Here are the results...

There's more to non-dairy milk than soya: alternatives include rice, oat, hazelnut, quinoa and almond milks. Ecomil's Almond and Hazelnut drinks (£3.28/1ltr and £3.15/ltr) were delicious drunk neat and added a distinctly nutty flavour to coffees. With the exception of Oatly Oat drink (£1.65/ltr), all these milks were on the sweet side with either added agave syrup (in the almond, hazelnut and quinoa drinks) or apple concentrate (in Alpro Soya Fresh, £1.46/ltr). Rice Dream's rice milk (£1.99/ltr) was sweet even without extra ingredients.

The downside? When added to coffee most of the milks (except for rice) tend to separate, sinking to the bottom or forming a bitty film on the top. They fare better in tea.

The yogurt substitutes we tried were all soya based. The fruity ones which disguised the taste of the soya most resembled real yoghurt. Provamel's Organic Blueberry Yofu (£0.80/250g) was sweet, bright purple with an intense blueberry flavour. After the initial non-dairy-ness of first bite, you get used to it. Sojasun Organic Raspberry & Passion Fruit Soya Dessert (£0.59/125g) was pronounced 'a winner - it tastes no different from ordinary yoghurt' by one taster. Some of these yoghurts contain added bifidus and acidophilus cultures, so you still get the 'good' bacteria often added to dairy 'bio' yoghurts.

Tried any of these? Let us know here

There are various types of soya cream available but we focused our tasting session on Oatly's Oat Cream (£1.05/250g) made with oats and rapeseed oil. Opinion was divided. Some thought it was 'delicious and good enough to eat on its own'; others were indifferent. 'Only good with cheesecake,' and 'does the job of cream but a bit tasteless,' were a couple of responses.

It smells like cheese, looks like cheese and tastes a bit like processed cheese... but alas, soya cheese is a poor substitute for the real thing. This was our most unpopular category of dairy alternatives. We tried Tofutti Dairy Free Alternative to Mozzarella (£1.59/200g) and Bute Island Food Sheese, Strong Cheddar Style (£2.49/227 g). When disguised with food it was okay, but eaten by itself it left a strange aftertaste.

We were surprised to find out that even conventional vegetable oil spreads may contain dairy ingredients such as buttermilk powder. Some big brand olive oil spreads are dairy free - check the label to be sure though.The non-dairy Suma Soya Spread (£0.94/250g) was deemed 'a bit bland'. Biona Organic Olive Extra (£2.29/250g) fared better in the taste tests, as did some of the sunflower oil spreads.

Still, if you like the taste and texture of butter and you're not a fan of margarine (see our 'Behind the Label' feature on Flora ) - you'll be pushed to find a satisfying dairy-free substitute.

Mamma Cucina Strawberry Dairy & Gluten Free Cheesecake (£3.65/550g) was greeted by dairy cheesecake lovers with suspicion but it got the thumbs up. The tofu-based topping tastes like cheesecake but was a bit sweeter.

The above products are available from many health food shops or online from Goodness Direct.

How you cut down on dairy is up to you. However, substituting dairy with high protein analogues is a thorny business. Here are some of the issues you need to be aware of...

- Several soya milks contain added sugar and salt. If you're adding this to a cereal that already contains sugar and salt you may be eating a sweeter, saltier diet than you think.

- Check for additives. For example, Oatly cream used to contained the emulsifier E472e (although the new version does not). E472 can be derived from Glycerine (Glycerol) so there may be a slim chance it might contain animal fats. The E472e Oatly cream contained originated from rapeseed oil and so was vegetarian. If you're unsure about an additive, contact the manufacturer.

- Roughly 60 per cent of global soybean production uses genetically modified (GM) beans. Go for organic products, or those that state they are 'non GMO' on the label.

Tim Lang, Food Commissioner at the SDC is cautious about promoting soya-based alternatives to meat:

‘Soya isn't just used as an alternative to meat and dairy, but in the production of meat, as animal feed and in meat processing. Its mass production has also raised serious problems with regard to biodiversity and deforestation in Latin America and elsewhere. We need to take a much harder look at how and where soya is produced, and at the working conditions under which it is produced.'

The same applies to palm oil, an ingredient notorious for its unsustainable track record but found in many food products, both dairy and non-dairy.

There are attempts to make palm oil and soya production more responsible but these multinational 'roundtables' - that include the likes of Monsanto and Cargill - have been criticised by some NGOs (find out why by clicking here for palm oil; here for soya). Traceabilty and sustainability is clearly an issue.

Is it better to drink locally-sourced dairy products or imported soya and rice milk? There hasn't been a lot of research into this area. No life cycle analysis studies have been performed on soya or rice milk.

A recent report for WWF-UK and the Food Climate Research Network  which focused on UK food chain emissions showed that 'direct substitution of livestock products in the diet with analogue high protein products based on for example soy involves increased dependence on imported crop commodities. Such a strategy is likely to increase the total soy intake of the UK food chain.'

Advocates of soya say it's a good source of protein, can protect against heart disease, certain cancers and may reduce the risk of osteoporosis and menopausal symptoms. Others warn it can cause allergies, disrupt the uptake of minerals, disrupt hormone function in men and women and is even implicated in thyroid cancer. Read the Ecologist Behind the Label on soya for more information.