How to have sex (sustainably and ethically) 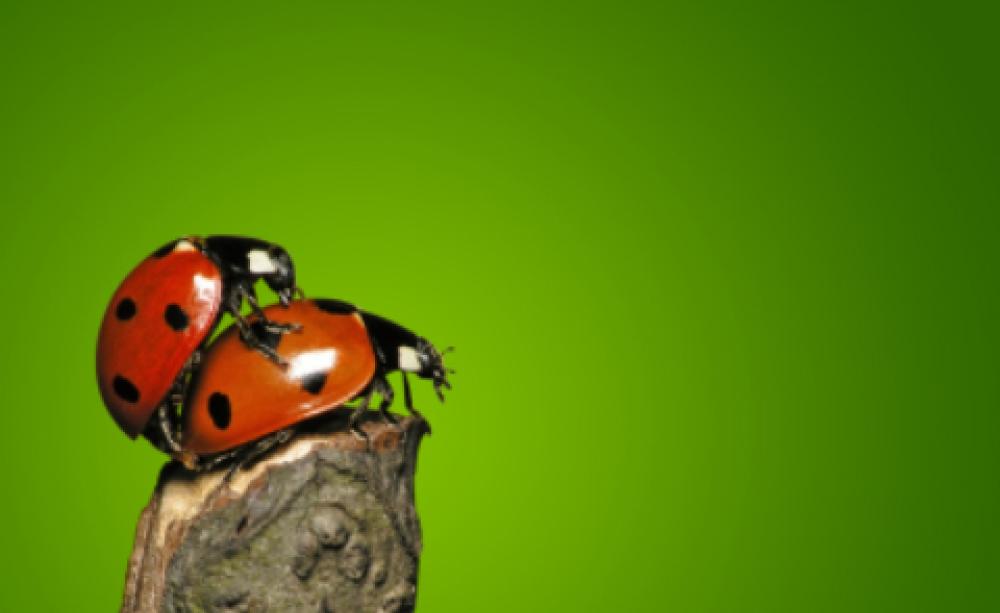 Kicking off a new series of 'how to...' we show you the most satisfying way to 'green up' your lovemaking between the sheets. Now relax, lie back and think of the Ecologist…

You’ve cycled home from work, whipped the veg box up into a sumptuous meal, dimmed the LED lightbulbs and slipped into something organic. Your partner is giving you the look of love across the reclaimed oak table. Polish off that bottle of Fairtrade wine and turn up Barry White on your A-rated CD player... it's time to get down to some good lovin'.

If you thought your environmental duty stopped at the bedroom door, however, think again. It may be one of the more enjoyable low-carbon and low-impact activities out there, but there are still ways to green up your sex life.

Are you up for it?

After a hard day at the office, it may be difficult sometimes to summon the energy for a romp in the sack. But a greener, healthier lifestyle – a balanced, nutritious diet and plenty of exercise – is one of the best ways to keep your libido, among other things, up. The act itself is also a good way to stay fit – a nine-stone person can burn 20 calories per five minutes of vigorous sex – so if you have a willing partner and plenty of stamina you could probably just ditch the jogging and cut to the chase. As well as lowering your risk of a heart attack (depending on your age and athletic ability), medical studies suggest that sex is integrally connected to wellbeing and a longer, happier life.

In 2008, researchers in the US worked out that every child born stateside adds a whopping 9,441 tonnes of carbon to each parent's carbon footprint (1,384 tonnes in China and 56 tonnes in Bangladesh). Given that, it’s hard not to see contraception as the ultimate form of offsetting in high-consumption countries such as the UK and US. But it’s not just a case of keeping your green conscience clean – the type of prophylaxis you use has an impact too.

Somewhere in the region of 10 billion condoms are used worldwide every year, which is either a lot of plastic going to landfill or a population explosion of cataclysmic proportions averted, depending on how you want to look at it.

Choose natural rubber (and rubbers) over nonbiodegradable polyurethane if you can. French Letter condoms are made of latex harvested in South Asia. The latex-tappers are guaranteed higher wages and better working conditions, while the condoms guarantee safety, kitemarked as they are by the BSI and CE.

A 99 per cent effective means of birth control, condoms don’t need to contain a spermicide, which, as Pat Thomas writes, doesn’t protect against STDs and may even increase the risk of infection.

The Pill may have empowered generations of women since its introduction in the 1960s, but its side-effects are becoming increasingly evident in the natural world. A recently completed four-year study by Exeter and Brunel universities has established that endocrine-disrupting chemicals (EDCs) found in the female contraceptive, among other substances leeched into waterways and sewage systems, are responsible for altering the biology of male fish to make them more female.

Of course there are also natural ways to avoid getting pregnant, some more effective than others. Oral sex, for example, is 100 per cent effective; the calendar-rhythm method, which involves counting the menstrual cycle and only having unprotected sex on certain days, is not.

Considering what you’ll be slathering it over, who wouldn’t want their lube to be organic? That is, unless petroleum based-chemicals (liquidum paraffinum, petroleum jelly), skin irritants (glycerin, grapefruit seed extract), penetration enhancers (propylene glycol) and potentially carcinogenic synthetic preservatives and oestrogen-mimickers (methylparaben) are your kinky thing. A few brands don’t even list their ingredients, a worrying fact and something of a passion-killer, especially if you're trying to read the packaging mid-application.

The world’s most popular lubricant, KY Jelly, is the subject of its very own Behind the Label. But for organic, fair trade and not tested on animals try Yes Pure Intimacy or Love Lube.

The advertising industry knows that sex sells, but in a world where supermarkets employ pornographic film techniques to shift chocolate cake and a really good shampoo is all a woman needs to reach climax, it’s difficult not to think that it has sold out too.

Like preferring trains to planes and Slow Food to fast, green sex is as much about the journey as the destination – to rework the old adage: ‘It’s not the coming, it’s the taking part that counts.’ Find a person you want to go to bed with and who wants to go to bed with you, and in the end all the extraneous paraphernalia, packaging and promotion don't mean a thing.

Getting steamy the green way may just be the most enjoyable environmental experience of your life. And think what you'll be saving in heating bills...