Behind the Label: tomato ketchup 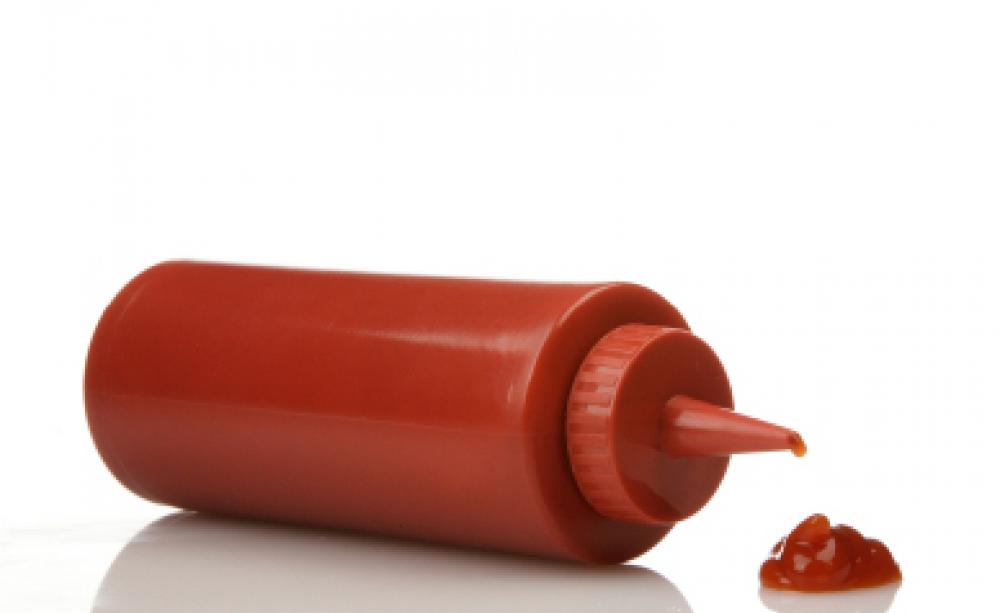 It's the condiment of choice for a million fast-food outlets and a staple sauce in homes around the world, but there's more to tomato ketchup than meets the eye, says Pat Thomas

In Britain we like a bit of sauce. Especially on our chips. Our taste for tomato ketchup is such that we currently spend around £126 million on the red stuff, and the market is growing at a rate of around 5 per cent per year. Heinz Tomato Ketchup accounts for a whopping 82 per cent of these sales.

Globally, the market for the red stuff is projected to reach US$3.3 billion by the year 2015. Growth in the market is especially driven by factors such as changing dietary habits, with more and more developing countries adopting the western lifestyle and dietary preferences.

As a flavour shortcut, tomato sauce is useful and popular. What is more, table sauces like ketchup and mayonnaise benefit from the fact that they are not exactly complex recipes. They can and usually are made from ‘natural’ ingredients and are usually additive-free. Sometimes they are even organic. For our perennial favourite, tomato sauce, this fact has become a marketing bonus. Market leader Heinz, for instance, boasts that its ketchup is ‘grown, not made’.

While we're looking at the fine print, the FSA also defines high-sugar content as being 10g per 100g. Heinz Tomato Ketchup contains 23.7g sugar per 100g.

But apart from its potential health issues, there is a hidden environmental cost to ketchup.

The ingredients may well be natural, but they aren’t local. The Heinz website, for example, notes that the tomatoes grown specifically for processing into ketchup for the European market are spread far and wide:

‘"Processing tomato” farms are largely located in Mediterranean countries, and to a lesser extent in new member economies such as Poland and Hungary. The European tomato-processing industry processed more than 8.7 million tonnes of raw tomatoes in 2008. Italy is by far the most important producer of processed tomatoes in Europe with a 53 per cent share of European production, followed by Spain (21 per cent), Portugal (11 per cent) and Greece (7 per cent). Processing tomatoes are produced on relatively large farms specialised in extensive production of arable crops and vegetables.’

The fact that these are (mostly) not hothouse tomatoes is encouraging. But lifecycle analysis suggests that the real story of tomato ketchup isn’t its ‘natural’ ingredients – which don’t appear to be terribly carbon-intensive – but the industrial processes they go through in order to be morphed into the bottle on our table that have the most important environmental impacts.

Bottling up problems for the future

Only one lifecycle analysis has ever been done on tomato ketchup. In 1998 the Swedish Institute for Food and Biotechnology made a forensic analysis of the energy efficiency and environmental impacts, including global warming, ozone depletion, acidification, eutrophication, photo-oxidant formation, human toxicity and ecotoxicity of a popular (but unnamed) brand of ketchup.

The results showed that it was the hidden (and thus largely ignored by consumers) aspects of the product – its processing as well as its primary and secondary packaging along the supply chain –  that had the most devastating consequences for climate and the environment.

The product they analysed was one of the most common brands of tomato ketchup sold in Sweden, sold in 1kg red plastic bottles.

The tomatoes were cultivated and processed into tomato paste in Italy before being packaged and transported to Sweden with other ingredients, such as sugar, vinegar, spices and salt (which were also imported), to make the ketchup.

And that's where the climate fun begins: the aseptic bags used to package the raw tomato paste in readiness for its journey to Sweden were produced in the Netherlands and then transported to Italy. The bagged tomato paste was then packed into steel barrels and shipped to Sweden.

The finished product itself was packaged in red bottles made up of five layers of plastic. These bottles were manufactured in the UK and/or Sweden, and made from materials sourced from Japan, Italy, Belgium, the USA and Denmark.

The screw-cap of the bottle and plug were made of polypropylene produced in Denmark and then transported to the bottling plant in Sweden.

Distribution of the finished product through the retail chain to shops and supermarkets required large quantities of polyethylene shrink-film and corrugated cardboard.

Here the ketchup was bought by consumers who took it home and stored it in a refrigerator for anything from a month to a year.

This analysis also looked at the final disposal of waste packaging (for instance, whether it was incinerated or buried as landfill), as well as the treatment of wastewater from the production of ketchup and sugar solution (derived from beet sugar).

As thorough as it was, the authors admit that there were still many aspects of the processing and supply chain left out of their analysis, including the production of capital goods (machinery and building), the production of citric acid, the wholesale dealer, transport from wholesaler to the retailer, and the retailer. Likewise, for the plastic bottle, ingredients such as adhesive, ethylenevinylalcohol, pigment, labels, glue and ink were omitted. Likewise the ingredients for the aseptic bags used to transport the tomato paste from Italy to Sweden.

At the consumer end leakage of refrigerants was left out.

On the farming side, the assimilation of carbon dioxide by the crops was not taken into consideration, neither was leakage of nutrients and gas emissions such as ammonia and nitrous oxide from the fields. No consideration was given to pesticide use.

Even so, the results, which estimated the energy use and carbon emissions (assessed across six broad categories: agriculture, processing, packaging, transport, shopping and household), were interesting. As far as emissions go, every 1kg bottle of ketchup was responsible for a minimum of approximately 1.3g of carbon-dioxide-equivalent emissions (CO2e) – not much at all. But it took four times as many units of energy (kilocalorie equivalent calculated from 18.2GJ per tonne finished product) to produce, transport and store the ketchup as it yielded.

In both sets of figures it was the packaging that was the most costly for the environment. To put things in perspective, the energy return on energy invested is worse than biodiesel and somewhere on a par with a (generous) estimate for nuclear.

Is this earth-shattering news? Well, yes and no. All processed foods are energy-intensive. Researcher David Pimentel estimates that of the energy used for the total food system in the US, 16 per cent is spent in processing and 7 per cent on packaging. As with the Swedish researchers, this is likely to be an underestimate. But in a climate-changed/energy-constrained future, it shows that we really need to think differently about the foods we eat.

When fuel and supplies run out, how much energy are we going to be willing to invest in highly processed foods with little nutritional value, as opposed to investing that energy in wholesome, nutrient-dense staples? That uncomfortable question will be coming to a supermarket near you before you know it.