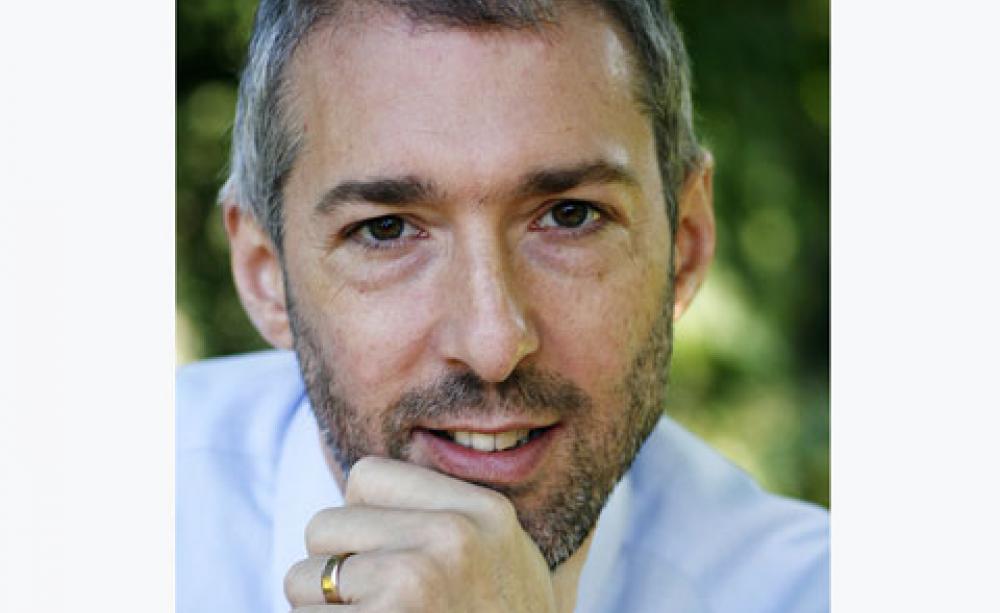 David Nussbaum is the chief executive of WWF-UK

As Earth Overshoot Day gets earlier every year, David Nussbaum argues that changing our diets to less meat and dairy could help us stay within the planet's environmental limits

It seems to be getting earlier each year. It always used to be December. Then it crept into November, before popping up in October. Last year it was September. This year it was August. No doubt it’ll be earlier next year.

What is ‘it’? The appearance of the first Christmas ad.

Now don’t get me wrong: I like Christmas. Yet from its religious beginnings, it’s developed into the time of year when for many people consumption levels (and waistlines) reach their zenith, and bank balances their nadir. But it's Christmas, so who cares? Increasing consumption helps fuel the economy after all, doesn't it?

Like those Christmas ads, Earth Overshoot Day is getting earlier each year. That's the day – August 21 this year – when we start using more resources than the planet can replenish; when we start going into ecological debt. It works the same way as economic debt. According to WWF’s Living Planet report, published today, we're now using the resources of 1.5 planets a year (despite having just the one planet) – which is a bit like spending £15,000 a year when your salary is only £10,000.  In the end, you have to pay back the debt, with interest.

I could reel off some other cutting edge facts and figures from our report. I could then describe the future these figures portend: empty seas, accelerating climate change and food insecurity. And then finish with lessons in what you, business and society might do to help: buying sustainable fish, investing in low carbon technologies and eating a little less meat. But that's what you'd expect. More important than the apocalyptic tales and the green evangelising is why this matters now.

Our current ecological debt is in large part due to carbon emissions, but land availability and allocation looks to become a major concern. Although the global average human fertility rate has roughly halved since I was born, and continues to decline, the human population is now around 6.7 billion, and the UN thinks we will peak at something over 9 billion. And the western lifestyles which are now beamed to screens around the world encourage people everywhere to adopt our kind of resource-intensive lifestyles. That means competition for natural resources and the benefits that ecosystems provide will intensify so we can feed and provide for everyone. And so our ecological debt will grow.

‘Spending’ our way out of economic debt may have once been considered a viable option, but to try that with our ecological debt is, without doubt, impossible. How we live, what we eat and how we get energy will be critical elements of whether we manage to rein our environmental footprint in and protect our biodiversity – and ultimately sustain humanity on this planet. But there are conceivable solutions – solutions that can mitigate the impact business have on the ecosystems on which they are founded. What’s more, the UK could lead the way.

Currently, we in the UK are spending £27,500 of our £10,000 salary – in other words if everyone used resources at the same rate as us in the UK we’d need 2.75 planets. That puts us 31st in the WWF Living Planet report’s country-by-country table of Ecological Footprint – sandwiched between a slightly less impactful Malaysia and a slightly more resource-demanding Italy. Interestingly, these two countries are singled out in the report as an example of the role diet plays in all this: if every one of the estimated 9 billion people in 2050 ate a typical Malaysian diet, our food footprint would be 1.3 planets. Switching to an all-Italian cuisine would see this rise to two planets. Why? In essence because Malaysians eat less meat and dairy products.

The world food system provides major opportunities to reduce pressures on the natural world, and ensure a sustainable future, both environmentally and financially. Boosting world food production without gobbling up land and water will require technology to play a large role in the next 40 years. But it’ll also require changes to what we eat. As the author Michael Pollan pointed out on this site: how you and your family choose to spend your food money represents one of the most powerful votes you have. What’s more, you get to make it three times a day, rather than once every five years.

Globally, most people do not consume nearly as much meat and dairy products as we do here in the UK. If UK dietary habits were to become prevalent across the developing world, we wouldn’t only push direct emissions upwards but we’d also have to clear more land (often forest or savannahs) to raise more livestock and grow the crops to feed them. Many people around the world need more protein, while here in the UK our diets are leading to increasing levels of obesity as well as having an environmental impact. So perhaps it would be better all round if we in the UK consumed fewer livestock products, while those in the developing world, many of whom are undernourished, consumed a little more.

What we need now is for leading companies and other organisations to create an attractive future vision, showing how much energy, food and fibre the world will need by 2050 whilst staying within key resource and environmental limits. We're working with some of them, as part of our contribution to creating a future in which people and nature thrive.

By 2017 those Christmas ads may be appearing in June, but there’s no reason why Earth Overshoot Day has to follow them.