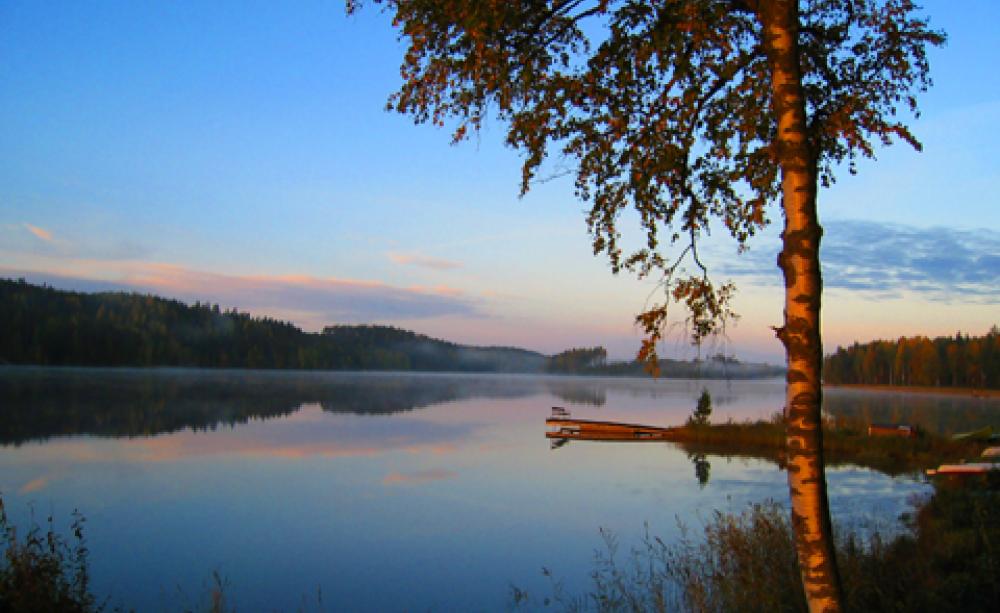 With its ultra-clean water and unspoilt countryside, Finland’s Lakeland is a paradise for nature lovers and foodies alike, says Ruth Styles

Finland might be better known for snow, Santa Claus and 24-hour winter darkness but as I discovered during a stay on the shores of Lake Saimaa, the reality is somewhat different. For one thing, it was distinctly warm, with the mercury pushing a not-too-shabby 30 degrees. For another, in contrast to the bleak tundra of Lapland and the far north, the southern Finnish countryside is lush, tree-covered and dotted with lakes – a staggering 190,000 in total. Little wonder then, that this is where the Finns spend their summer holidays in wooden cottages, or mökki, which are sprinkled along the lakeshore, each with its own jetty and wooden boat. 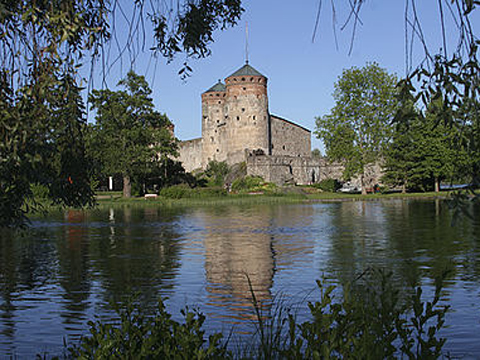 Just three hours north of Helsinki, the Lake Saimaa region is centred on the small towns of Mikkeli and Savonlinna with plenty of forested countryside in between. At approximately 4,400 square kilometres, Saimaa is the largest lake in Finland and the fourth largest in Europe. What’s more, according to the UN, Finland has the cleanest water in the world, which means that for wild swimming fans, there’s no better place. Not surprisingly, water sports along with fishing and boating are the main attractions, although there’s plenty to see in the area. Mikkeli has a pretty 19th century red brick cathedral, complete with altar paintings by Pekka Halonen – a famed Finnish post-impressionist artist - while Savonlinna too has some impressive architecture; not least the massive 15th century Olavinlinna (St. Olaf’s) castle. Set on a promontory jutting out into the lake, the castle also plays host to the town’s annual opera festival, which will see its 100th birthday next year.

When the festival isn’t on, silence reigns supreme, broken only by birdsong and the sound of fish breaking the surface of the water. Unpolluted, wild and utterly beautiful, you won’t find many parties around Lake Saimaa but it’s perfect if all you want to do is kick back, nibble on a berry or two and read your book in peace. Splendid isolation is a big part of the area’s charm, with most of the mökki situated well away from the neighbours. This is one place where you won’t have to tell the kids to be quiet – there’s simply no one to hear them.

Back in Mikkeli, we settled in to one of the Art and Design villas at the Anttolanhovi Wellness Village, a 20-minute drive from town. The Finns place a real emphasis on making the most of local produce, design, art and textiles, and the villas were no exception. Set along the curved shoreline of a small inlet, the three-bedroom cottages were built from Finnish timber with floors made from local stone. Inside, everything from the bed linen to the rugs was made in the area from natural materials, with brightly-patterned Marimekko mugs taking pride of place in the kitchen. Green credentials aside, what made them really special was the striking artwork created especially for the Art and Design Villas by a selection of up-and-coming young artists, including Hanna Vahvaselkä, Rauha Mäkilä and Antti Keitilä, who also had a hand in the interior design. Outside, there were views over the picture-postcard pretty lake, clumps of wild blueberries and a private jetty. We put the jetty, which runs out into the deeper water in the middle of the lake, to good use as a launch pad for the morning constitutional with a bracing dip in the chilly water proving an excellent way to wake up. The cottages are fully serviced, so breakfast was delivered in the morning and included freshly baked rolls, juice made from local berries and some good old fashioned bacon and eggs. But while bacon and eggs aren’t particularly Finnish, the food served up at Anttolanhovi’s Kota restaurant most definitely was.

Run by chef Markus Maulavirta, Kota specialises in local dishes made with organic ingredients sourced nearby, topped up with fresh fish from the lake plus berries foraged from the surrounding forest. Pike, local smoked salmon and homemade ruisleipä (rye bread) all featured as did berry-based puddings such as rahkapiirakka – a pastry case filled with wild blueberries. Served alongside it all were local berry wines including a tart raspberry liqueur from the local Ollimäki Wine Farm that tasted a little like Chambord. The next day at Raijan Aitta (www.raijanaitta.fi), we ate strawberries straight from the field before heading into the farm shop for homemade juices and a look at the locally made linen, crafts and lingonberry soap on display. Even the picnic we ate after a hike up the beautiful Neitvuori Hill with its panoramic views over the lake was packed with local food, including some spectacularly good homemade cinnamon buns.

Finnish food, with its emphasis on the healthy, wholesome and local, could stand as a metaphor for the rest of what’s on offer around Saimaa. While fishing, swimming and the odd hike make up the bulk of the activities on offer, one other traditional Finnish activity is spending some time the sauna. Most of the mökki, the Art and Design villas included, have their own, but the traditional smoke sauna at Anttolanhovi was in a league of its own. 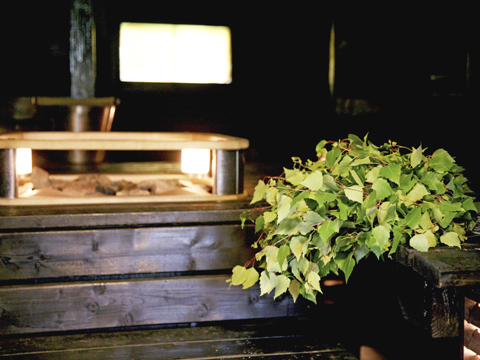 Set a few metres back from the hotel beach, the wooden sauna was fuelled by fragrant birch logs, and beauty therapists were on hand to provide treatments using mud from the bottom of the lake. Not for the fainthearted were the famous birch whisks, which turned out to be made from leafy branches – a far cry from the dry twigs expected. Although using them does involve a spot of self-flagellation, the sensation isn’t so much painful as tickly, and the sap from the crushed leaves smells wonderful.

Whether or not you’re game for an afternoon of birch whisks and jumping in the lake, Lake Saimaa has enough going on to satisfy the most intrepid of outdoorsy types and plenty more for culture vultures and foodies. If you’re there in July, the Savonlinna Opera Festival is an unmissable treat, while the rest of the summer sees walking, canoeing and swimming take centre stage. Whatever you’re doing, Lake Saimaa is the perfect place to kick back and just enjoy the silence. 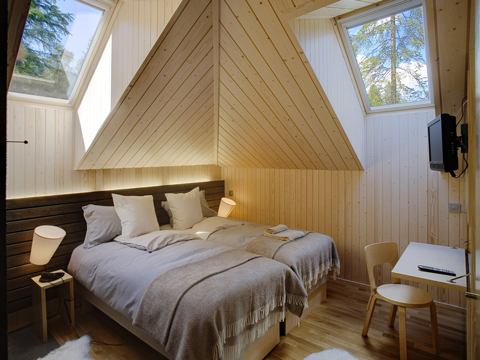 Stay
The Art and Design Villas at Anttolanhovi Wellness Village (www.anttolanhovi.fi) sleep six people with prices starting at €3850 for a week. Less expensive but no less pretty are the Okkola Holiday Cottages near Puumala (www.okkolanlomamokit.com), each of which has its own private beach. Near Savonlinna, Lomamokkila Farm (www.lomamokkila.fi) is a warmly welcoming B&B in a beautiful rural setting, which also offers cottages to rent. The owners also raise their own animals, including ducks, pigs and cattle, for the table. 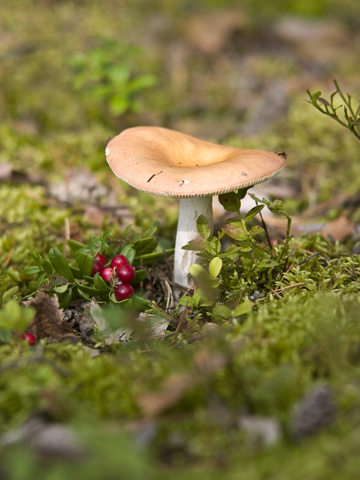 Eat
Most mökki have their own kitchens, and because they tend to be a long way from town, self-catering is a popular option. If you do decide to venture out, Kota at Anttolanhovi is a good and relatively inexpensive choice, while at Okkola, the Niinipuu restaurant serves up home-cooked food made by proprietress Paula. In Savonlinna, Linnakrouvi Kesäravintola (www.linnakrouvi.fi) has wonderful views of Olavinlinna castle and has a menu filled with local favourites, plus dishes for the more adventurous such as reindeer tartare. Savonlinna is also home to VIP Cruises (www.vipcruise.info), which offer dinner trips on the S/S Paul Wahl - a picturesque wooden steamer - letting you take in the sights while you sup.

Getting there
Options include rail, via Paris and Cologne, or by ferry with stops in Esbjerg and Stockholm sailing with DFDS Seaways (www.dfds.co.uk)