How to… Have an Eco-Friendly Valentine's Day 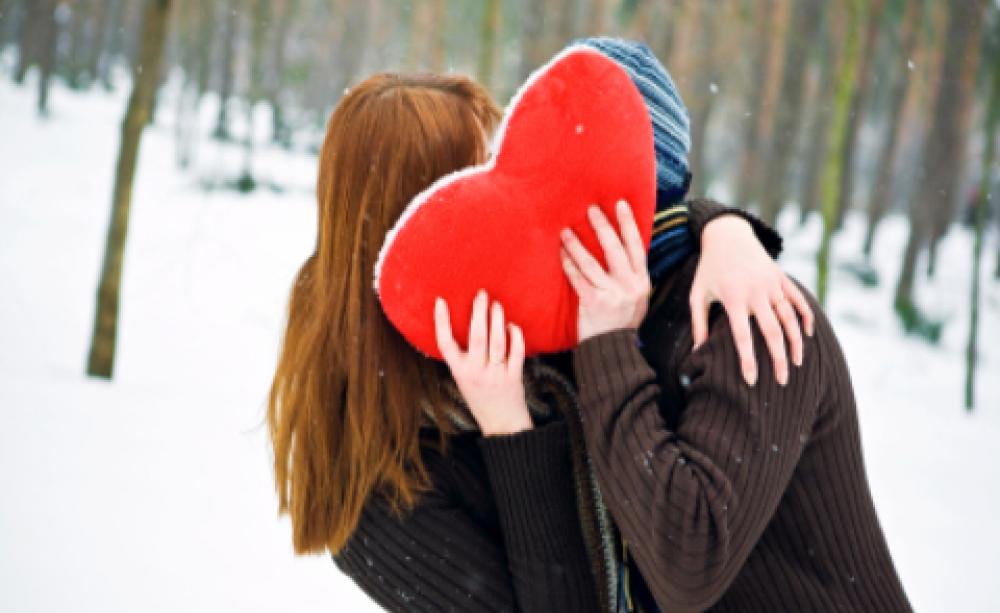 With the big day just around the corner, Ruth Styles says it’s time to give Valentine's Day a green-over

Valentine's Day might be dedicated to love but for the environment, Valentine's Day can be very bad news indeed. The billions of cards sent contribute to deforestation while the cocoa and flower growing industries are among the world’s biggest users of pesticides. Even getting it on can cause problems when used condoms end up in landfill, or worse, are flushed down the toilet on a one-way trip to the UK’s rivers and lakes. But as our eco-experts point out, Valentine's Day can be green. Here’s how.

What to send:
According to the Greeting Card Association, nearly one billion Valentine's cards are sent each year; second in number only to Christmas. Predictably, many of these end up in landfill, so the Rainforest Alliance recommends sending e-cards instead. If that sounds too unromantic, check out the Traid Craft’s fair trade Paper Love card, £1.75, which is sustainably sourced and handmade. Alternatively, Fairtrade card company, Fairmail, lets you design your own card featuring photos taken by Peruvian and Indian teenagers.

What to give:
Flowers make a popular Valentine's Day gift but they aren’t always as green as they look. ‘Like many other industries, the flower industry relies on cheap labour and workers often work in appalling conditions with crops laced with dangerous pesticides,’ says Annabelle Randles, owner of green e-tailer, By Nature. ‘Fairtrade roses are widely available but should you choose to break with tradition, select seasonal local flowers or at the very least ones that are ethically produced.’ According to the Flowers and Plants Association, Snowdrops, Christmas Roses and Michaelmas Daisies are all in season now.

Jewellery is another popular choice but is loaded with environmental and ethical pitfalls, so choose carefully. Jump4Timbuktu works closely with Tuareg artisans in Mali to produce Fairtrade silver jewellery while the first batch of fair trade certified gold goes on sale on Monday. Cred Jewellery, Garrard, Leblas and EC One are among the retailers stocking it. ‘At Jump4Timbuktu, we have seen how consumers are increasingly aware of the ethical credentials of the purchases they make, says founder, Steve Felgate. ‘We feel that it’s crucial that people who visit our site have a clear understanding of how the company works, so have put details of our partnership with the artisan jewellery makers in Timbuktu online. People can see that all the profits are invested in sustainable development projects in Timbuktu.’

Practically a Valentine's Day tradition, chocolate is always a favourite gift thanks to its reputedly aphrodisiac powers. But it’s not always the greenest choice thanks to intensive, pesticide-heavy production methods and exploitative third world labour laws. Instead of grabbing the nearest box, choose fair trade or organic. ‘Chocolate does get some bad press but sometimes, it’s for a good reason,’ says Helen Pattinson, founder of ethical chocolate company, Montezuma's. ‘Cocoa grows naturally in the Central and South America and when allowed to grow normally, produces two harvests per year.  The problem is that mass producers of cocoa insist on paying such low prices, the growing process is sped up dramatically, sometimes to as much as a harvest every two weeks thanks to the use of numerous chemicals and pesticides. The cost of farming is also kept very down on these intensive farms by the use of slave and forced child labour – an even bigger reason to buying from chocolate companies such as Montezuma's and Divine who are open about their sourcing and buying principles.’

What to eat:
A romantic dinner is usually popular on Valentine's Day but eating at home can be just as fun. Game to Eat chef, Tony Robinson suggests an aphrodisiac-heavy menu featuring sustainably sourced oysters and lashings of chocolate. ‘I’d do line-caught sea bass in a light fish broth on top of Singapore noodles with smoked oysters instead of prawns,’ he says. ‘Desert would have to be something chocolatey, probably a white and dark chocolate terrine with raspberry puree and some flopped cream. That should do the trick!’ If you’re not a fan of fish, Robinson suggests venison as an eco-friendly alternative to farmed meat. ‘Different species of deer have different hunting seasons, so it’s always available,’ he says. ‘Some of it is farmed but most of it is brought into game-dealers by gamekeepers and farmers who have to shoot every so often, in order to manage the land properly. It’s also low in fat, so very healthy.’

If you're heading out, check out the Sustainable Restaurant Association’s website before you go. The SRA helps its members to source ingredients sustainably, which means you’re unlikely to be served up an endangered species of fish or factory farmed meat in one of their restaurants.

What to do:
Valentine's Day might be on a Monday but that doesn’t mean you can’t make it special. Ruth Andrade, Environmental Officer at green beauty company, Lush, suggests starting with a relaxing bath. ‘First of all, make sure you’ve bought the right products for your skin. I always joke that's it's good to brief your partner on what your skin and hair needs and which smells you like, so you don't end up with unused piles of cosmetics and perfume. On the day, nothing beats a candle-lit bath. Sharing fragrant baths and then moving on to a full body massage in bed can turn any day into a treat.  Try one of Lush’s solid massage bars, which don't make a mess and are packaging-free.’

If you fancy spicing things up a bit, Aliyah Mirzah, founder of online sex shop, Earth Erotics, says that it’s worth paying attention to the provenance of the toys you use. ‘Sex toys aren’t always properly safety checked and in the United States, they are considered 'novelties' or 'gag gifts' in the law.  That means that no consideration is given to the fact that these toys are being used by millions of consumers in the most absorbent parts of the body. Many sex toys on the market contain high levels of phthalates, which are a controversial PVC softener that has been linked to cancers and other negative health effects.’ Instead, she recommends products that are organic or that use medical grade – and safety checked – silicone. ‘Some of the green adult products we carry include handmade glass dildos, lubricants made from hemp oil and other organic ingredients, organic massage oils and lotions, and vibrators made from 100 per cent medical grade silicone. Our toys are just as fun and realistic as the PVC versions but are better for your body and the planet.’