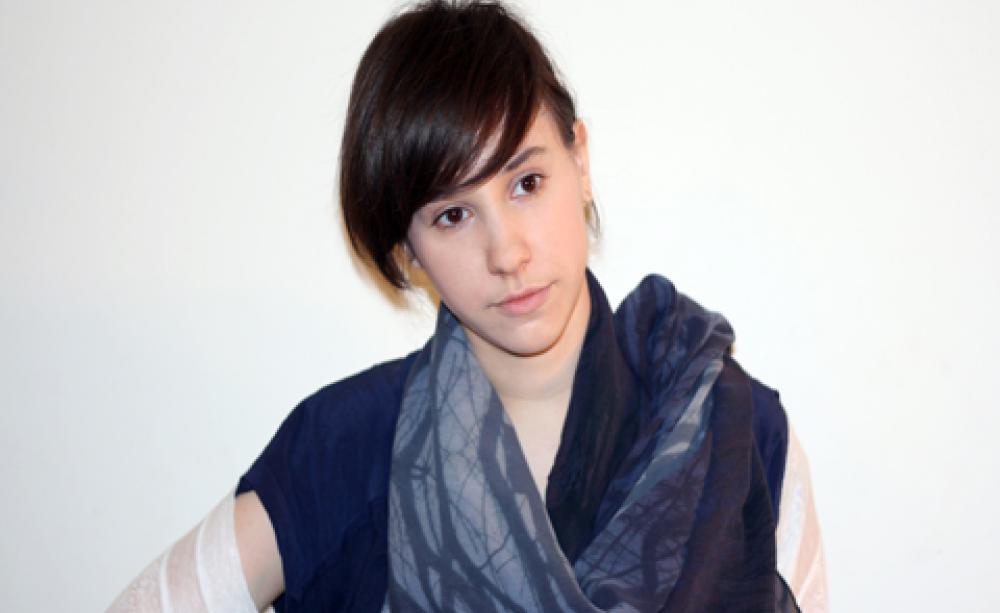 Looking at the throng of people outside the Ecover-sponsored Ada Zanditon show on Friday, you’d never have believed that a green designer was about to present her A/W11 collection. From the tranny in glittery McQueen heels and an artfully paint-splashed trench, to the girl with ultra-cool pink hair and emerald green shoes, the attendees were pure fashion. But then, so is Zanditon. Her background – a degree from the London College of Fashion, stints at Gareth Pugh, Jonathan Saunders and Alexander McQueen – is enough to impress the fussiest of fashion purists, while her sculptural aesthetic and bold digital prints have drawn plaudits from every quarter. But there’s a twist in Zanditon’s ultra-fashionable tale. Everything from inspiration to sourcing is green. 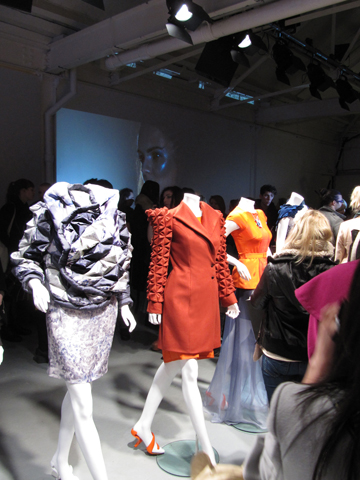 ‘Because I have such a fashion background, people couldn’t believe that everything was ethical at first,’ says Zanditon, laughing. ‘They couldn’t believe that you could make something like this from organic cotton, the end of a roll of fabric or English gabardine. I honestly thought it was ridiculous; you can make beautiful things from any piece of cloth – it just seems so obvious. I think using them [ethical and recycled fabrics] actually makes the pieces more beautiful but it seems to confuse some people.’ Bizarre as that might seem, Zanditon has a point. Green fashion has long suffered from the perception that eco-friendliness and style are incompatible but Zanditon, London Fashion Week’s Esthetica project and a host of brilliant green designers such as Minna Hepburn, Christopher Raeburn and Ruth Ferguson are slowly but surely changing the way we see eco-fashion. And back at Zanditon’s show, the A/W collection, entitled ‘The Cryoflux’, was causing a storm.

Displayed on mannequins or, rather wonderfully, frozen in the middle of a block of ice, Zanditon’s Antarctica-inspired vision for autumn was structured, wearable and beguilingly colourful. Yes, there was black, grey and navy but it was enlivened by flashes of tomato red and intriguing details such as a leather collar and epaulettes on a navy wool jacket, or the geometric stitching on the sleeves of a seriously upgraded version of the classic princess coat. A beautiful LBD was given a twist via a flash of navy chiffon down the front of the bodice and skirt, while a carmine chiffon tunic benefited from Zanditon’s adroit grasp of drapery. The fabrics, all organic, upcycled and sustainable, had luxury in common. Melton wool, Scottish tweed and Ocean Buckingham shantung dominated while a smattering of chiffon and vegetable tanned leather gave pieces personality. 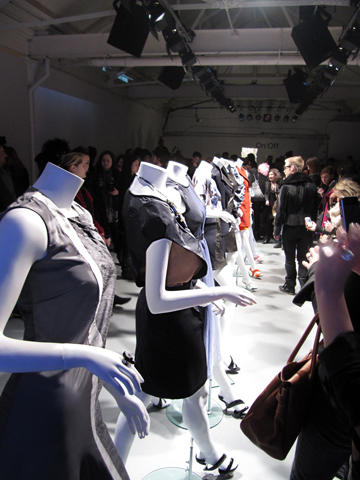 Unusually for London, a fashion culture famous for sending all-in-one rubber cat suits or extreme cloth sculptures down the runway, every single piece on show looked like it could slot easily into your wardrobe. That doesn’t mean it wasn’t creative or interesting – it was – but it did reveal an eye for the commercial; something that London has lacked in the past and sorely needs if it is to compete with commercial giants of New York and Milan. The diminutive Zanditon was cagey when asked about commercial projects but did let slip that she was talking to online behemoth ASOS before moving swiftly onto her thoughts on living green and a possible interiors line. Not that we can expect to see it for a while. ‘Doing lifestyle products isn’t a priority for me at the moment,’ she says. ‘I need to establish my brand first but in 10 or 15 years time, I’d like to do something along the lines of what Giorgio Armani is doing in Milan. That’s pretty appealing to me.’

For now, Zanditon is concentrating on fashion, beginning with a trip to Paris next week to showcase her A/W11 collection at the Louvre. Then, it’s onto thinking about the next collection, S/S12, which Zanditon says will have a marine theme. ‘Without giving away too much, what’s inspiring me at the moment are all the stories [in the media] coming out around marine life, particularly in the Pacific where the waters around some islands have become marine conservation zones. It’s an amazing story.’ Since she’s already confessed to being a fan of nature documentaries, her fascination with the marine environment isn’t entirely surprising; although, had she been a conventional designer, it might have been. But that’s Zanditon in a nutshell: a fashion designer for whom the environment isn’t just an abstract concept but a real inspiration.

Find out more at www.adaz.co.uk. For more information about her collaboration with ecological cleaning brand, Ecover, see www.ecover.com