Just Do It: the story of modern-day outlaws 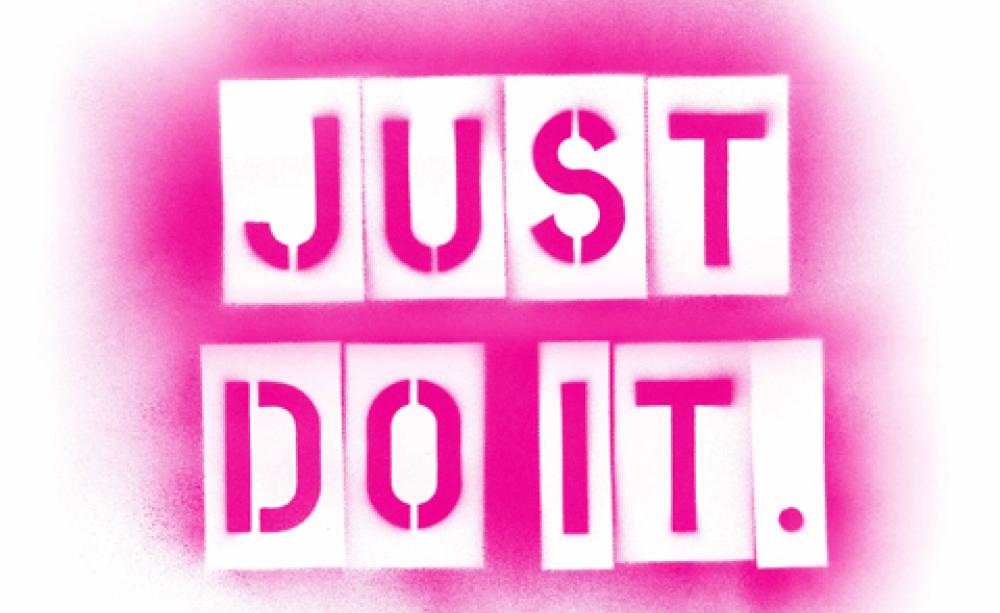 Just Do It, a film following the UK's eco activist movement
A new film launching on July 15th gives an in-depth look inside the clandestine world of environmental direct action

‘Taking tea is what the British do whenever they are in a difficult circumstance', says Marina Pepper (pictured below), obsessive tea maker, community activist and domestic extremist. She's served tea to bailiffs, the police, politicians, and factory workers. What makes her a domestic extremist is that she ‘cares passionately about politics on a global level but works on it on a local level' but has ‘gone well beyond, in my climate change activities recycling and walking the kids to school. I put my body in the way and I don't mind being arrested'.

Just Do It, a film that launches in London on July 15th, is a close-up look at environmental direct action. It explores the question of why people like Marina do what they do.

While mainstream media often portray them as violent hooligans and tend to sensationalise their actions as dangerous to the general public, the truth is far from this, and Just Do It puts a human face on the people whose actions are, depending on your standpoint, courageous, empowering, inexcusable, humourous or frightening.

It tells the story of Sally, another character in the film, a Cambridge student who grapples with the prospect of getting arrested as she chains herself to Lord Mandelson's house to raise awareness of the closing of a wind turbine factory.

Or Rowen, who just wants to do something, not content, ‘just watching the world go to shit'. Be they students, professionals, parents, their circumstances are varied but what they all share is a sense of urgency to do something about climate change.

What makes them different from the vast throngs of environmentally-conscious amongst us is that the 'something' means they are prepared to break the law. Are they justified? Are they effective? Who is judging?

Director Emily James was given unprecedented access to this very secretive of groups, and she repays the favour by treating the subject, and the characters, with much consideration and sympathy.

We see them carefully writing a legal support number on their arms in pen before an action, so they know how to call in case of arrest. We learn about blockading techniques as they prepare to block a coal fired power station and super-glue techniques as they prepare to attach themselves to a bank trading floor. We also see the consideration they give to avoiding criminal damage and harm to other people.

We see their cat and mouse games with the police. A text message reveals the destination of the next Climate Camp and we see them swoop down en masse. We see how the target of their next action (on that occasion it was the Royal Bank of Scotland headquarters in London) passed around on a scrap of paper, with battery phones removed to avoid it being leaked.

But we also see another, lesser known side of the direct action movement. How it operates by consensus, with agreement or disagreement shown through various hand gestures.

This kind of group decision-making has many benefits: making a space for non-alpha personalities and shifting what has been traditionally a male-dominated activist culture.

This was a revelation to director Emily James as she embedded herself within the direct action groups. 'Women's voices historically in protest have been muted. There has not been an equal gender balance in protest groups. What I learned in the process is that there are people who, for whatever reason, aren't going to force their voice on the group and be proactive about people hearing them. They often have incredibly different perspectives - on the meeting, on the world.'

It's hard to miss the anti-capitalist theme, as  the wider significance of the protests are against a system skewed towards making profit at the expense of the people. This put this particular segment of environmentalists at odds with a growing number who believe in working with big business and in the need to 'put a price' on nature to give it value.

Needless to say that direct action has, and always will, have a role to play in forcing change. In shedding light on this most secretive community, Just Do It gives food for thought as the environmental movement aims to move forward, fast and in the most effective way possible.

The first screening of Just Do It is at the Ritzy in London on July 15th. Click here for a list of screenings throughout the UK