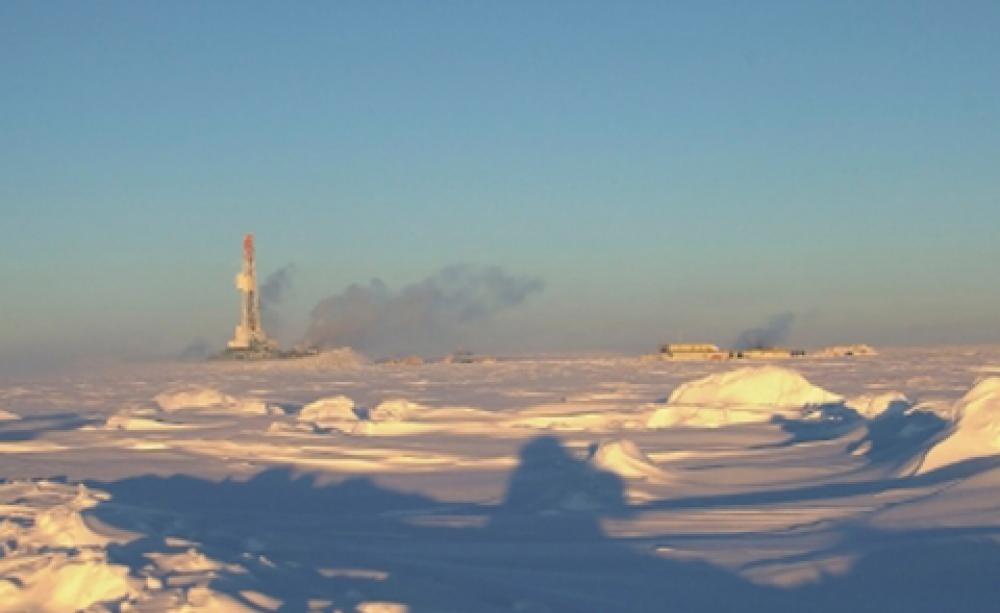 The Arctic is becoming a battleground as Russia, Norway, Canada and the US vie for access to oil, gas and minerals – campaigners fear safety and the environment will be the losers

one cannot exclude that in the future there will be...armed intervention

The Arctic covers 30 million square km, has 24 time zones and is home to just four million people. It also has vast reserves of oil and gas, not to mention diamonds, platinum, nickel and iron.

Those reserves have been known about for centuries, yet a combination of new extraction technology and rising demand means that the human race is ready to start ripping them out - raising the threat of devastating pollution to a uniquely clean environment and worsening the problem of global warming, even as the ice caps are melting.

Greenpeace claims they could even cause a war in the region, with releases this month by Wikileaks, the whistle-blowing website, showing how the scramble for oil and gas in the Arctic is sparking military tension. Norway’s foreign minister is quoted as saying regular military flights by the Russians up and down Norway's coast had helped to justify the purchase of four new F-35 Joint Strike Fighter combat aircraft to the Norwegian public. Meanwhile, the head of the Russian navy is quoted as saying 'one cannot exclude that in the future there will be a redistribution of power [in the region], up to armed intervention.'

Instead of seeing the melting of the Arctic ice cap as a spur to action on climate change, point out campaigners, Arctic nations are preferring to invest in military hardware to fight for the oil beneath it.

A fifth of the world's oil and gas

One reason why is that more than a fifth of the world's oil and gas reserves lie beneath the Arctic. As far back as the 1980s, oil was pouring out of fields in the Alaskan North Slope at a rate of 1.8m barrels a day, equivalent to a fifth of Saudi Arabia's daily production. BP has stated that oil reserves beneath the Kara Sea, off the coast of Arctic Russia, are similar in size to those found in Britain's North Sea during the 1970s and 80s. Diamond mining is already underway in the Canadian Arctic and the former Soviet Union mined for gold in the region during the 1920s and 1930s.

The current surge of interest in the Arctic's fuel and mineral reserves is being driven by high demand - the higher prices are enough to justify the enormous cost of extraction. With rising demand for fuel and minerals from industrialising nations such as China and India, global prices are expected to stay high for a long time to come, which is why mining and oil companies are preparing to dig in the Arctic.

It's also true to say that global warming has made some types of deposits more accessible, although the reverse is true of others. For example, Charles Emmerson, a senior research fellow in energy and the environment at Chatham House, the international affairs think-tank, says climate change means some parts of the Arctic seas are now free of ice for longer periods during the summer, which allows more time for offshore oil exploration. However, diamond mines and access roads built on permafrost in the Canadian Artic become much less accessible when the permafrost melts.

Although Emmerson believes large-scale extraction in the Arctic is now inevitable, he, like Greenpeace and the WWF, is deeply concerned about the potential environmental impact.

Emmerson adds that the simplicity of the Arctic's ecosystems, its comparative lack of biodiversity and micro-organisms that can 'eat' an oil spill, make it more vulnerable to lasting damage from pollution. 'The Arctic ecosystem has few elements, so if one or the other is damaged it disturbs the ecosystem in a more significant way,' he says.

The Deepwater Horizon oil spill in the Gulf of Mexico last year demonstrated how badly things can go wrong, as almost 5 million barrels of oil were released into the sea over three months. Oil spills would be very much harder to clean up if they occur in the icy waters of the Arctic.

'The Deepwater Horizon spill occurred relatively near to centres of population, so it was possible to mobilise thousands of ships, 150 airplanes and 45,000 people, relatively quickly, to tackle it,' says Emmerson. 'That sort of infrastructure simply doesn't exist in the Arctic.'

Mechanical collection is usually the first resort when a spill occurs but this would be impossible in ice-infested waters, Emmerson says. The use of chemical dispersants would also be highly controversial in such a fragile environment. 'We don't have the technology to deal with a spill in the Arctic. Time needs to be taken for scientific and technical experts to think these issues through and for oil companies to share best practice,' says Emmerson.

A history of Arctic spills

The Arctic already has a history of oil spills. The largest and most dramatic was the Exxon Valdez disaster, when an oil tanker ran aground in Prince William Sound, Alaska, in 1989. Thirteen hundred miles of shoreline were fouled with oil, 250,000 seabirds killed, nearly 4000 sea otters perished, 300 harbor seals and more than 20 orcas killed, billions of salmon and herring eggs destroyed and losses amounting to local fishermen estimated at $286.8 million.

Although the spill occurred more than 20 years ago, oil can still be found on many beaches in Prince William Sound.

WWF's Rod Downie, the senior UK polar policy and programme manager, lists further, numerous spills that have happened in the Arctic since then: in Kandalaksha Bay in the White Sea in Russia's far northern Kola peninsula, 2011; at Fredrikstad, Norway, where the container ship Godafoss ran aground, also in 2011; in 2009, the ship Petrozavodsk ran aground near Bjornoya Island, in the Barents Sea; in 2006, the tanker Seabulk Pride ran aground in Cook Inlet, Alaska.

Downie warns that the icy waters severely hamper efforts to clean up the spills: 'The technology to effectively contain, recover and clean up spilled oil in ice-covered waters simply does not exist. Were it to happen again today, a spill the size of the Exxon Valdez would likely prove equally as devastating.'

WWF is among those conservation groups calling for the establishment of 'no-go' zones in the Arctic, deemed off-limits to oil and gas development. 'These should be based on the sensitivity and productivity of special priority areas where spills could have irreparable and long term damage – examples include Bristol Bay in Alaska or the Lofoten Islands in Norway,' says Downie.

Earlier this month the eight members of the Arctic Council (Russia, Norway, Canada, US, Denmark, Finland, Iceland and Sweden) announced plans to work together to reduce the impact of oil spills, a moved welcomed by Downie as 'a major step forward'. But he still wants exploration halted until the region is better regulated. 'There is currently no legally binding international agreement covering the oil and gas industry in the Arctic,' says Downie.

Ultimately, observers like Emmerson from Chatham House believe the financial incentives to develop the Arctic made political deals more likely than a ban or armed conflict.

‘There will be pushing and shoving and certainly a lot of domestic political arguments within Arctic countries about how these resources should be developed, but the thing is, all the Arctic counties will benefit, so why tear up the rule book that gives them that?'