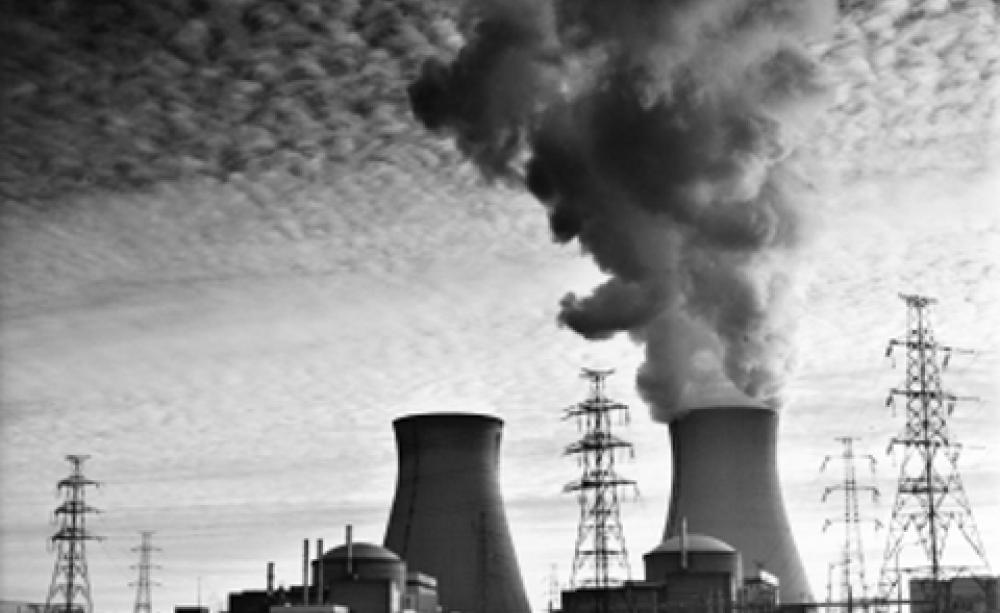 Despite claims of a higher incidence of breast cancer and infant mortality in the vicinity of the existing Hinkley nuclear plant, and concerns over flooding in the region, the government has put forward crazy plans for a new facility says Rosie Shute

Nestled deep within the bosom of verdant and burgeoning Somerset is a range of hills so beautiful that they were England’s first ever designated area of Outstanding Natural Beauty – The Quantocks. But last week Chris Huhne MP, Secretary of State for Energy and Climate Change, announced the government intention to build a new nuclear power plant at Hinkley Point bordering these hills.

Public response was swift. As soon as Mr Huhne issued his statement, Glastonbury Festival started screening a compelling, if rather high-drama, film by campaigners from 'Stop Hinkley'. Local protesters announced a blockade of the construction site and Greenpeace were quoted in the FT. Feelings ran high, as well they should. The mistake of a nuclear power plant in this location has already been made once before. And now we know that another new nuclear plant will endanger the health of the local community, will be at risk of flooding, and will brand a steaming, living scar on one of the most beautiful parts of England.

Firstly, the impact nuclear power has already had on local health is alarming, although not widely known. The proposed location of the new plant at Hinkley Point is where the hulk of two aged plants already sit; one decommissioned in 2000, the other, 35 years old and to be closed in 2016. Just across the water lies the provincial seaside town, Burnham-on-Sea.

2008 figures revealed that the rate of breast cancer in the town were 50 per cent higher than the national average. Moreover, Dr Chris Busby (the research’s author) found infant mortality to be almost three times higher in towns and villages downwind of Hinkley Point power station than inland parts of Somerset. Of course, cause and correlation are not the same thing, and an NHS spokesperson was quick to state that there was 'no compelling evidence' of a link. But is it likely that the nuclear reactor squatting just 6 miles away has nothing to do with these scary stats? Yet Chris Huhne wants to build again.

Secondly, the proposed new plant will face considerable flood risks, perched on coast of the Severn Estuary on a piece of land known as the 'Somerset levels'. While I understand that nuclear plants need to be near water to function if ever a piece of Britain were to flood, it’s here. The Severn Estuary has its own 'Flood Risk Management Strategy', designed and strategised by the Environment Agency, on account of the areas second highest tidal range in the world, and the consequent tidal flood risk.

Worryingly, the strategy states that climate change will mean that the whole area should 'plan for a rise in sea leave of approximately one metre over the next 100 years'; in the vicinity of Hinkley Point directly, the strategy states that with existing flood defences there is a '1 in 20 chance of tidal flooding in any year.' Indeed, the Somerset Levels are one of the flattest, lowest areas of the country and flood often and heavily. In 1872-3, 107 square miles were underwater from October to March.

Fukushima was only a few months ago, yet flooding doesn’t seem to be pressing on the minds of the ministers of DECC.

The local community will suffer to if this goes ahead. Despite EDF’s much touted 5,000 extra jobs available for construction, the boons to the local community will be marred by a loss of the views and the peace and quiet that encouraged two of the greatest romantic poets - William Wordsworth and Samuel Coleridge - to settle here together. The construction, noise and pollution that accompanies the influx of 5,000 new people is not something the adjoining multiple Special Site of Scientific Interest (SSSI), the National Nature Reserve, nor the Special Protection Area the plant will sit within, will benefit from. Jobs are always welcome, but surely not at the expense of something we’ve already, as a nation, deemed so precious?

Hinkley Point needs to be stopped for the safety and wellbeing of those who live nearby. A 'not in my back yard' mentality is often sneered at, but in this instance, perhaps it should be commended as reasoned self-preservation. Of course, further questions about the future of nuclear power abound, especially in the wake of Fukushima.

But taking one step at a time, we first need to make it extraordinarily clear to our politicians that we don’t want this plant to go ahead. The next stage of the parliamentary process involves the energy National Policy Statement (the legislative vehicle containing this intention) being taken to a parliamentary debate; a vote will be taken, very probably in mid-July. I urge anyone who cares for the Quantocks, Somerset levels and their inhabitants to write to their MP, pleading for reason.

Rosie Shute is a freelance journalist