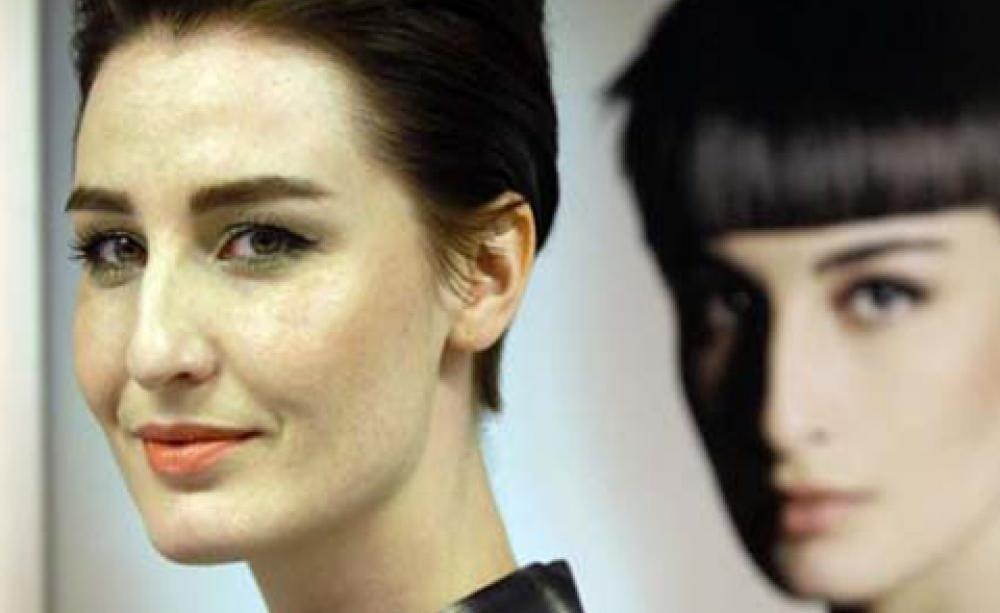 She’s one of the world’s most successful models and a seasoned environmental campaigner. Now Erin O’Connor has the packaging problem in her sights. Ruth Styles met her to find out more

It’s easy to be cynical about celebs with social consciences – Madonna’s foray into the world of Malawian education springs to mind – but in Erin O’Connor’s case, it might just be genuine. For one thing, she’s got form when it comes to sticking her head above the parapet on causes close to her heart. For another, she’s articulate, bright and not known for bandwagon jumping. Her stance on the welfare of young models has helped facilitate real change, while her understated work for the Environmental Justice Foundation (along with fellow model, Lily Cole) has helped to raise awareness of the green issues facing the fashion industry. So what next for Britain’s most outspoken model? Not content with highlighting issues around the depredations of the cotton industry, O’Connor is now taking on the world’s plastic bottle mountain - with a little help from a retro icon.

We meet at the offices of Frank PR in an all white room dominated by an colossal white-cushioned sofa that bears an uncanny resemblance to a padded cell. A luxurious padded cell to be sure but with a distinct whiff of the asylum none the less. O’Connor, on the other hand, is far from crazy. Instead, she’s warm and engaging in her patterned silk blouse and Prada brothel creepers, and despite having been on press duty all day, full of enthusiasm. She’s here to talk about SodaStream’s 'World Without Bottles’ campaign, which aims to reduce the amount of plastic bottles thanks to a new spin on recycling – ‘precycling’. Recycling, upcycling and now precycling – what’s it all about Erin? ‘It’s all sorts of cycling!’ she jokes. ‘Really though, it’s about trying to reduce all the waste that ends up in landfill and making use of what you have. It’s not about being a martyr either,’ she continues. ‘It’s about reusing and that’s free.’ 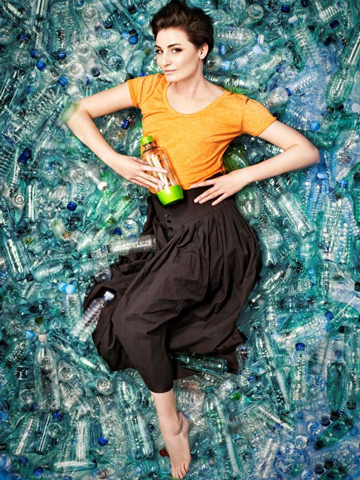 ‘Precycling’, to give it its proper definition, is about finding ways to reuse things rather than throwing them away. In a ‘World Without Bottles’ context, it means filling up bottles of water from the tap rather than indulging in Evian and then binning the packaging, or using a SodaStream to make your own fizzy drinks rather than lining Coca-cola’s pockets. Yes, it does sound like a bit of a gimmick and to an extent, it is, but marketing or not, SodaStream’s message is one that deserves to be heard. A disgraceful 340,000,000,000 plastic bottles and cans are sent to landfill every year, where they then take around 400 years (as far as we know) to decompose. Added to that, each plastic bottle requires five times its own volume in water to manufacture – a truly ridiculous amount. With these figures in mind, SodaStream’s campaign seems less of a gimmick and more an astute piece of common sense.

O’Connor concurs and highlights the work of The Water Project, an organisation that works to provide clean water for people in Kenya, Sudan, Sierra Leone and India, and which will benefit to the tune of $1 per sodastream sold, thanks to the company’s ‘One for One’ initiative. ‘Water is a human right,’ says O’Connor, ‘I didn’t have to think twice before getting involved in this. We should be looking for positive solutions and helping people to manage their resources.’ If she and SodaStream get their way, those solutions might not be too far away.