Kazakhstan fights to save its corner of a divided Aral Sea 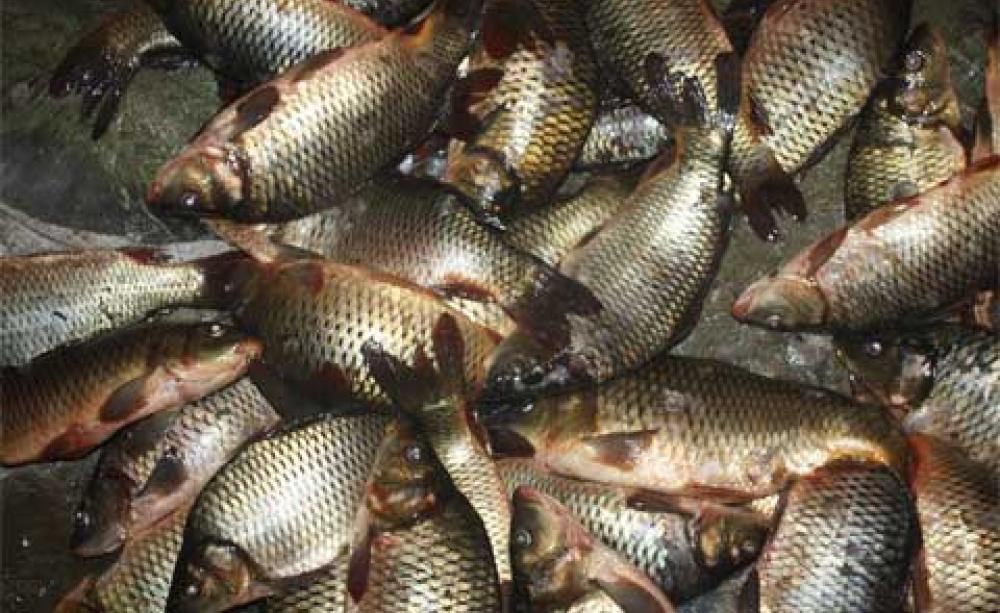 Massive shrinkage and high salinity killed off all 24 freshwater fish species in the Aral Sea. Now, a restoration project is bringing back the fish, and helping to rebuild communities. Photos by Muraghe Sauranbayev
On the Kazakh side of the Aral Sea, water levels are rising, and fishing communities are being rebuilt. The future of the South Aral Sea, bordering on Uzbekistan, is still in doubt. Matilda Lee reports from Aral City

Aral City's vice-mayor Kolbai Danabaev can't wait to have a beer by the sea shore. He is optimistic: he thinks he'll be able to do so in two years time.

Aral City, in western Kazakhstan, on the northern tip of the Aral Sea, has the trappings of a beach spot: sun, sand, and locally-brewed Aral Beer. But, while Kolbai Danabaev and other city officials are happy to pose for PR photos with the local brew in hand, in the background, something crucial is missing.

There is no sea. 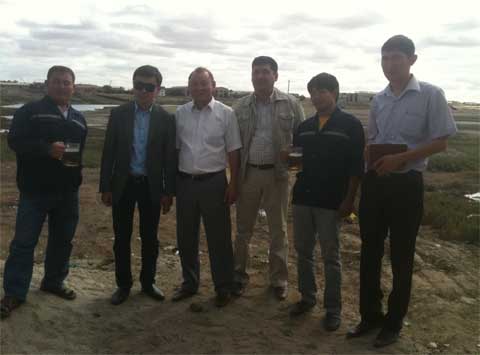 The port today is a fisherman's paradise lost. The shoreline is nowhere in sight. The dry and dusty sea bed stretches into the horizon, the sea having receded 20 kilometres away.

Some 24 native freshwater species could be caught in the Aral Sea. Fish was such a central part of the cuisine of this town that the pike-perch, with its delicate flavor and small bones, was used instead of boiled meat in the local version of the Kazakh national dish, beshbarmak. This is quite something in a meat obsessed country.

Now, the restaurants here don't serve fish, as it is too costly for most locals to eat. Indeed, the only fish on view are in the city's museum, sealed up in display jars.

Aral was once the world's fourth largest lake, but Soviet-era irrigation projects, beginning in the 1960s began to divert the water from the two rivers that flow into it, the Syr Darya, and the Amu Darya. By 1980, the sea had shrunk to 17 per cent of its original land area, and 9 per cent of its water volume. The images pictured here show the extent to which the sea shrunk between 2000 and 2009.

The water became so salinated that native freshwater fish species were unable to survive, and the communities around the sea had to make do with the flatfish flounder, a saltwater species introduced in the 1970s. Salt and 'toxic dust' from pesticide and fertiliser residues left on the bottom of the sea was carried by the wind, causing human health and environmental damage.

And so, with the water and the fish gone went the jobs, and much more. Fish processing and ship building in Aral City, supporting some 6,000 people, ground to a halt. Many families in the surrounding 24 villages in the region, facing unemployment, packed up and left for the city of Kyzylorda, 450 kilometres away.

Local teacher and translator, Akmaral Utemisova, says, ‘During school lessons, we ask the children to imagine what the sea would be like,' she says. ‘None of the children under 15 have ever seen it.'

Back from the brink?

For years, the Aral Sea catastrophe was not addressed. By 1990, the damage was so severe it had split into two parts - the Northern Sea bordering on Kazakhstan and the larger South Sea in Uzbekistan.

Despite regional efforts to restore sea levels by the five Central Asian countries through the International Fund for Saving the Aral Sea (IFAS) created by Kazakh president Nursultan Nazerbayev in 1993, there were only temporary results.

Then in 2003, the Kazakh government, along with the World Bank, began work on the joint $64 million Northern Aral Sea restoration project, including the eight mile Kok-Aral dam, completed in 2005. The dam will allow water to accumulate in the Northern Sea and help restore delta and riverine wetland ecosystems as well as sustaining and increasing agriculture and fish production in the region.

The second phase of the project begins this year, although, according to Kazakh vice minster for Environmental Protection, Mazhit Turmagambetov, there is an issue with finding funding to match the amount proposed by the World Bank.

Wishfully, Nahmadin Musabasev, Aral City's mayor, says he believes the second phase of the project will deliver the Aral Sea back up to the city by 2013, although according to IFAS chairman Saghit Ibatullin, it will probably be no earlier than 2018.

It is jarring to drive on what was once the Aral Sea. The Ecologist is en route to see the Kok-Aral Dam, some three-hours from Aral City on the border between the North and South Aral Sea and the delta of the Syr Darya River. The desertified sea bed is now home to camels and horses, grazing lazily on bits of grass. A couple of ships lie stranded along the drive, but the fabled ship cemeteries have gone, the victims of looting for scrap metal.

Once the water comes into to view, it isn't the rich wetland ecosystem it once was, but there are now signs of life returning. A few herons, ducks, storks and seagulls can be seen along the shoreline.

Already the Kok-Aral dam has provided a lease on life for the nearby villages. Water levels, which originally were 53 metres above Baltic Sea level, and at the lowest, 38 metres, have now increased to 42 metres above Baltic Sea level. Salinity has decreased 5 times, which has enabled 7 fish species to return, and fish catch has increased 10-12 times.

The Ecologist visits a small fish processing centre near Karaterren village. Along with flounder, there is carp, pike perch, and catfish all caught on the day using small motor boats. Batyrkhan Brekeev, a fisherman and the son and the father of fishermen, recently returned to fishing after years as a 'businessman'.

Fish catch is now heavily regulated and enforced, the fishermen say, through quotas and inspections. In the last year a total of 2,500 tonnes of fish were processed in the 3 processing plants in Aral City. Mayor  Nahmadin Musabasev says the catch should rise to 12,000 tonnes by the end of the second phase of the World Bank project. Increased efficiency of irrigation will provide more River water flowing into the sea.

Fish stocks are bolstered by a hatchery in nearby Kozhar village, which releases millions of eggs of various species every year.

The success of the restoration project can only be seen in light of the reality that the project ensures the existence of only the North Aral Sea. There is much concern over the future of the South Aral Sea, bordering on Uzbekistan.

It was an extreme decision to save the Kazakh part of the sea, essentially preventing water from the Syr Darya River to flow down into the Uzbek area.

The Syr Darya River is the main source of inflow to the northern, or Small Aral Sea in Kazakhstan, while the Amu Darya, enters the lake from Uzbekistan.

Kazakh vice minister Mazhit Turmagambetov says ‘What we can do is regulate the water from the Syr Darya River going into the smaller sea, but the total Aral Sea depends on Uzbekistan.'

According to Vadim Ni, Director of the Law & Environment Eurasia partnership, which supports legal expertise to environmental campaigns, the Aral Sea Restoration Project is a success but, ‘There are conflicting interests. Uzbekistan has no interest in restoring the Aral Sea. They want to use the water for cotton irrigation. They are not trying to conserve'.

In Karaterren village, near the Kok-Aral dam, the community is beginning to rebuild. We are treated as honourable guests and given a traditional meal of pike-perch, meat and bolsak, or fried bread at the mayor's house. His wife is expecting their sixth child, with 5 daughters already.

By 1997, half of the 500 families of this village had moved away. Now they are gradually coming back, 14 families returning in the last 3 years. Raising a vodka glass in toast, he adds, ‘so have the fish'.