Are straw bales the future of sustainable building? 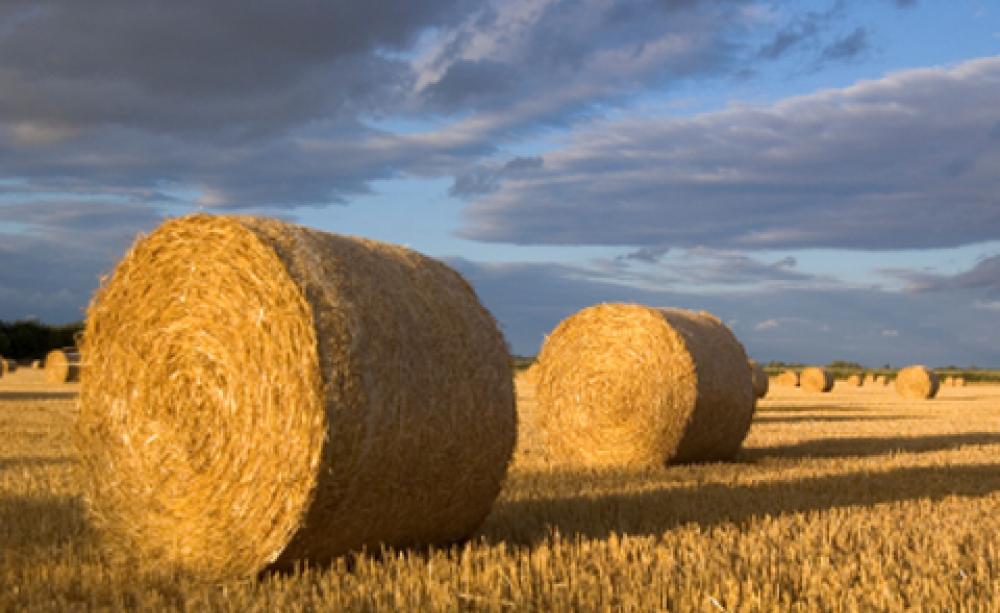 Straw bale is a low impact, low carbon building material making strides towards mainstream acceptance. So is it about time we took notice? Mark Briggs reports

As designers and homeowners look for imaginative ways to help reduce their carbon footprint in the campaign against climate change, straw bale could become a new tool in the building industry’s armoury. Straw, a natural by-product of farming, is collected and baled, tightly compacted, and fitted into a frame before being rendered with earthen or lime stucco. The practice was prevalent during the 1800s throughout the American prairie states but fell out of favour with people turning to bricks and mortar. Unlike hay, straw contains no nutritional value for livestock and is often sold as bedding for farm animals – or burnt. Unlike other recycled materials currently used in the building industry, such as car tyres or recycled plastics, straw bale can be used in its raw state requiring no further processing.

The crops that leave the husks that are turned to straw trapped carbon during its growth cycle, and because straw bale can often be sourced locally, its use in buildings is often carbon-neutral and can even be carbon-negative. Once the building is no lo longer required the straw bale can be broken up and will naturally biodegrade. So why aren't more of us using it? The Maya Guesthouse, situated in the village of Nax in the Swiss Valais [below left], will be the first hotel in Europe to be built entirely from straw bale. Not only are the walls a carbon sink; once complete, the building will require almost no heating, except in the extremes of an Alpine winter. ‘Having straw bale walls means taking hundreds of tons of CO2 from the atmosphere and stocking it for hundreds of years inside the walls,’ notes owner, Luis Papadpoulos. ‘Authorities are more and more open to new building methods. An administration building in Lausanne was constructed with straw bales last year. Straw bale homes can be affordable for many, especially if you wants to build it yourself.’ 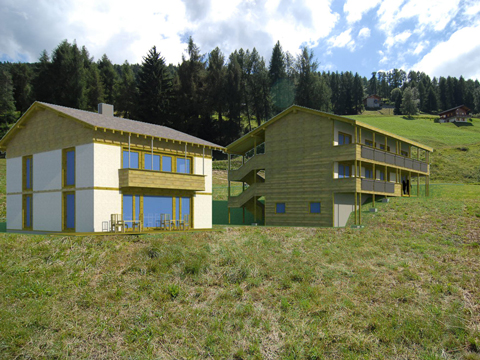 All this sounds very exciting and the idea of using waste products to build badly needed affordable, carbon neutral housing could be the perfect solution to the UK’s housing crisis. But no building method is perfect and in the case of straw bales, the big question is: just how safe are they? Building a house from dried straw sounds like a fire hazard waiting to happen, especially with the electrical wires that crisscross every modern home. Despite common sense objections, straw bale has proven itself a very resilient building material passing stringent fire tests around the world. The Commonwealth Scientific and Industrial Research Organisation in Australia tested the product thoroughly before declaring it safe for use even in areas prone to bushfires. Once tightly compressed and rendered, straw loses the susceptibility to ignite of a single piece of loose straw, much in the same way a telephone directory is harder to set alight than a single piece of paper.

Bath University recently built the BaleHaus and has been subjecting it to various tests to clarify its safety. The two-storey structure, built from straw bales and hemp panelling, underwent a fire test in 2009. The building was subjected to temperatures of up to 1000°C for two hours – four times longer than the legal requirement – and still did not ignite. The university has also been running wind tests. Using hydraulic jacks, researchers imposed four tonnes of pressure onto BaleHaus, producing a force equivalent to that of a hurricane. The resulting four millimetre shift was well within safety recommendations and the team are now looking to try and test a three-storey building in the near future.

BaleHaus was built using ModCell©, a prefabricated panel system for containing the straw within the walls. Craig White is their director and has said the results of the research carried out in conjunction with Bath University have been fantastic. ‘Our research shows conclusively that building with straw using the ModCell System is not only safe, secure and durable, it is also fit for the 21st century challenge of reducing our CO2 emissions by 80 per cent by 2050. If we are completely serious about being ‘carbon free’ we need to rethink the design of our buildings on a large scale. These tests will offer proof that renewable building materials are a realistic option for building on a large scale.’

One remaining danger is that of structural problems should the straw get wet and begin to rot which can happen when moisture levels reach 30 per cent. There are design techniques available to help combat this problem, with raised foundations, and overhanging roofs among the most common. However many of the potential side effects can be negated with proper treatment and rendering of the straw. At his hotel Papadopoulos will have to compete with high levels of snow on the outside and patrons wanting hot showers inside. This he says, he will tackle with the help of clay. ‘The walls will be plastered with clay from the inside and a lime mortar for the exterior,’ says Papadopoulous. ‘Clay regulates humidity, shower steam for example. Lime mortar prevents rain water from penetrating from outside.’ 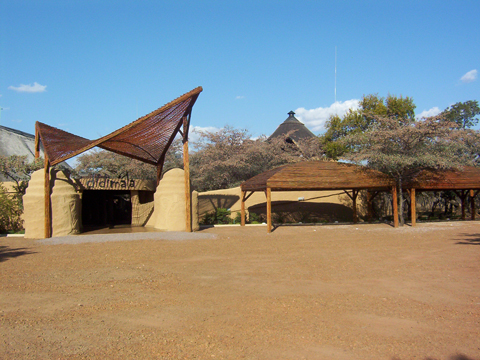 But straw bale isn’t just for the green army of environmentalists. A five star resort in South Africa was built using 10,000 wheat straw bales. Located 30 miles outside Johannesburg, Didimala Game Lodge has 20 guest rooms, a boardroom and an underground cinema, and has played host to both Nelson Mandela and Tony Blair since it opened in 2005. The architect, Edwin Anderssen, told the Ecologist that Didimala has been a huge success and he is planning more straw bale buildings in the future. ‘The International House of Prayer will be constructed out of one million straw bales,’ explains Anderssen. ‘It is a C- shaped, three-storey building to be constructed in the Western Cape, South Africa. The most outstanding advantage is the knowledge that large scale projects can indeed be successfully completed in straw bales and that the construction method does not have to be reduced to an exercise in minor works. The only limit is your imagination and the ability of authorities to understand and support the application processes.’

Ultimately the success of straw bale will be built on early schemes such as BaleHaus and Didimala as well as its long-term safety record. So far at least the signs are good. But keep your eyes peeled: there may be a straw bale house coming to a town near you sooner than you think...