Can biodiversity be accommodated in today's urban environment? 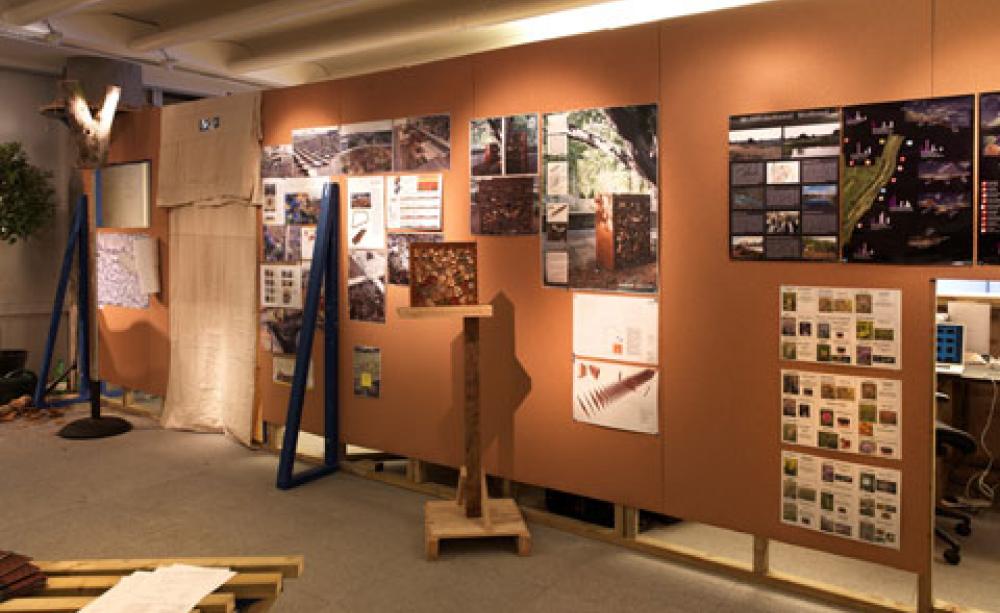 Animal Estates, London HQ (installation view) Photo: Ken Adlard / Arup
A bold new initiative is designed to raise public awareness of the issue of biodiversity and the need to incorporate native species back within London

There are many issues affecting the world’s biodiversity today, with habitat destruction cited as one of the main factors. Cites and urban conurbations are expanding at a prodigious rate, with ecologically sensitive areas increasingly at risk of becoming embedded within their fabric and fragmented to a level where their functionality becomes effectively untenable.

A recent paper in the journal (TREE) also points out that urban areas are now expanding in a rapid and non linear way – a marked contrast to past new developments, which were slowly and incrementally added to urban outskirts. This is likely to mean that new developments, which are often considerable in size and in some cases towns in their own right, can rapidly reduce habitat availability and fragment that which is left within the urban landscape.

2010 was the International year of Biodiversity which has widely been hailed as a missed opportunity to reverse the trend of biodiversity loss, particularly by Western leaders. On the back of 2010, the ‘Decade on Biodiversity’ has been announced by the United Nations in a hope that targets can be reached this time. In trying to meet these targets new developments must start to incorporate a significant level of retained habitats, where these exist, together with habitat creation and green infrastructure.

Animal Estates London HQ: Urban Wildlife Client Services is one initiative designed to raise public awareness of the issue of biodiversity and the need to incorporative native species back within London. Devised by American artist Fritz Haeg and curated by Jennifer Greitschus of Arup, Animal Estates is a space open to the public and for networking and research for activists, engineers, architects, artists, city dwellers, designers, and planners. By focusing on certain species, it acts as a platform for exploring new ideas in how to accommodate animals in today’s urban environment. Over the past three months, for example, information has been gathered ranging from projects for sustainable city planning to advice for the visitor on how to create habitats for hedgehogs and bats in the home environment. Bats, in particular, have been in serious decline of late, particularly in urban areas, due to light pollution, loss of habitat and destruction of flight lines. Other examples of work on display at Animal Estates in London are innovative new housing designs for bees by Amy Pliszka and a prototype for an Insect Hotel by Arup Ecology and Arup Associates.

For new developments to accommodate and incorporate existing natural habitats, action needs to be implemented in a coherent manner. It is of course often difficult and expensive to shoe horn ecological principals into a development, particularly large masterplans, that have already been designed, as habitats can be difficult to re-create due to many variables such as hydrology, topography, soil types and so on. However, where functioning habitats are present on a proposed development site, designers should look to retain these and use them as a frame work to work around, preferably with additional new habitat buffers and linking habitat corridor areas. This is likely to mean that a significantly larger area would be needed for a given population, but would ensure that habitats were maintained and, importantly, linked.

But what about our existing city areas; can we really incorporate functioning biodiversity into the concrete jungle, or should this just be the preserve of the rural countryside?  Although attitudes are changing, there are still many urban designers and architects that would support the latter, leaving our cities as places for mankind only. This is probably a dated and outmoded way of thinking for a plethora of reasons. A soon to be published CIRIA report has outlined the importance of trees to the health of city dwellers, and many other positive health benefits have been documented when the public can interact with green areas.

Retrofitting our existing cities will, however, be highly challenging, but it can be done if we employ lateral thinking and developers and councils step outside of their comfort zones. This has already been seen in New York with ‘The High Line’, a disused railway line above the streets that now serves as an important habitat corridor leading to the heart of the city. Also in London there are ‘Green Chain’ routes that link green pockets and parks.

Many species are becoming a rare sight in our cities, like the hedgehog and house sparrow (the UK population of which, in the last 25 years, has declined by over 60 per cent (Common Birds Census & Breeding Bird Survey)). And until we do step outside of our comfort zone and think of some radical ideas, such as creating networks of functioning habitat corridors linking isolated city parklands to the countryside, or extensive areas of green roofs and walls, they will continue to decline with increasing rapidity.

What is needed going forward? Although there is plenty of solid literature and ideas on making cities more biodiversity friendly, these will not be incorporated into new designs or retro-fitted to existing urban areas unless developers either have an incentive to do so or are told, by legislative processes, that they must. One possibility of achieving this is to incentivise developers by offering tax breaks. This will need innovative and brave thinking by any government, but until this happens we risk losing biodiversity for generations to come.

‘Animal Estates’ is on show at Arup’s public exhibition space Phase 2 until 20th Jan 2012 and talks and workshops will continue until then, communicating the importance of biodiversity in London. These will include a public discussion on Bees in the City: Biodiversity and the Built Environment on 16th Jan. This and other events are free, but booking is essential. For more information: visit ANIMAL ESTATES LONDON HQ online at http://www.fritzhaeg.com/garden/initiatives/animalestates/prototypes/london.html