The Ecologist March 1972: Oil pollution of the sea 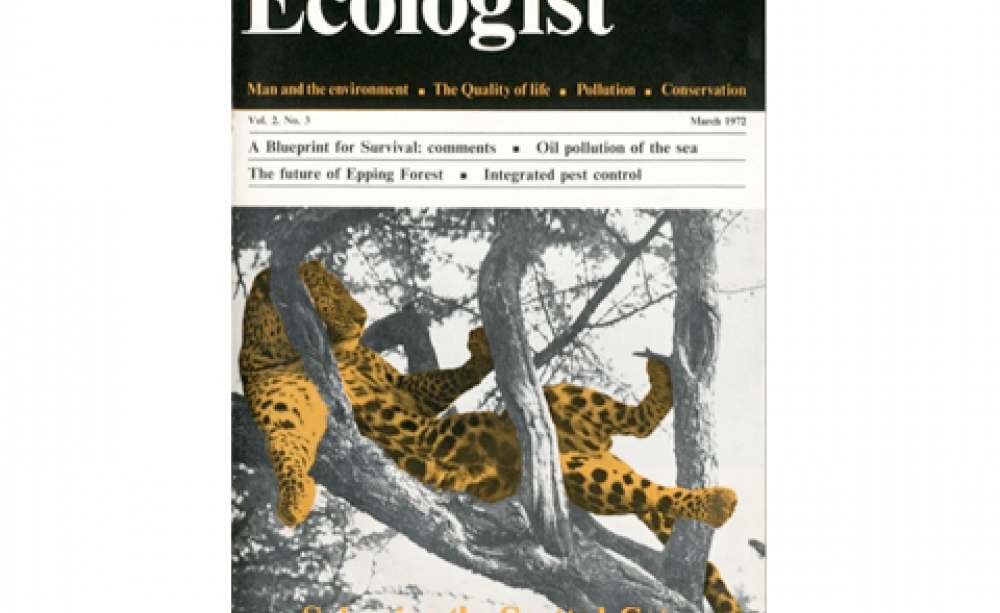 In April 2010, the Deepwater Horizon oil rig suffered a catastrophic malfunction, spewing almost 210 million gallons of crude oil into the Gulf of Mexico over three months. The leak was eventually capped – but what became of the spilled oil?

Forty years ago in the Ecologist, Neiton Pilpel investigated this very question. Examining the impact of oil spillages on ocean ecology, he explained how naturally occurring bacteria are capable of digesting oil compounds and converting them into harmless carbon, water, and methane.

However, as Pilpel explained, these processes take time, and are not always completely effective. Complex hydrocarbon structures, such as tar and asphalt, are resistant to bacterial decomposition, and remain afloat for long periods. Such compounds have been recovered from the most remote parts of the Pacific and Antarctic Oceans, suggesting the contaminating effect of an oil spill can spread far and endure for a considerable time.

Furthermore, oil-consuming bacteria quickly enter the marine food chain, providing food for the protozoa and plankton upon which fish and sea mammals depend. Even forty years after Pilpel’s article, scientists are still unsure of the impacts of a diet derived indirectly from crude oil on marine food chains, although many hydrocarbons are now known to be carcinogenic.

As the amount of oil shipped around the world grows, spills are becoming ever more common, with many almost completely ignored by the Western press. In December 2011, Shell spilt up to 2 million gallons off the coast of Nigeria, and in July 2010 the Chinese port of Xingang was swamped by an estimated 27 million gallons of crude after a pipeline exploded. A 2010 UN report estimated that 546 million gallons of oil had been spilled off the Nigerian coastline over the last fifty years, concluding that an effective cleanup of widespread oil spills in the region could take 30 years and cost up to $1 billion. And in the last twelve months alone, spills have been reported in the North Sea, the Mediterranean, the Arabian Sea, the Yellow Sea, and the coasts of Brazil, France, New Zealand and the US.

As Pilpel pointed out in 1972, 'the sheer quantities of oil being handled make it almost inevitable that large amounts will find their way on to the sea.' As our consumption of oil continues to increase, his warning remains as relevant today as it was forty years ago.