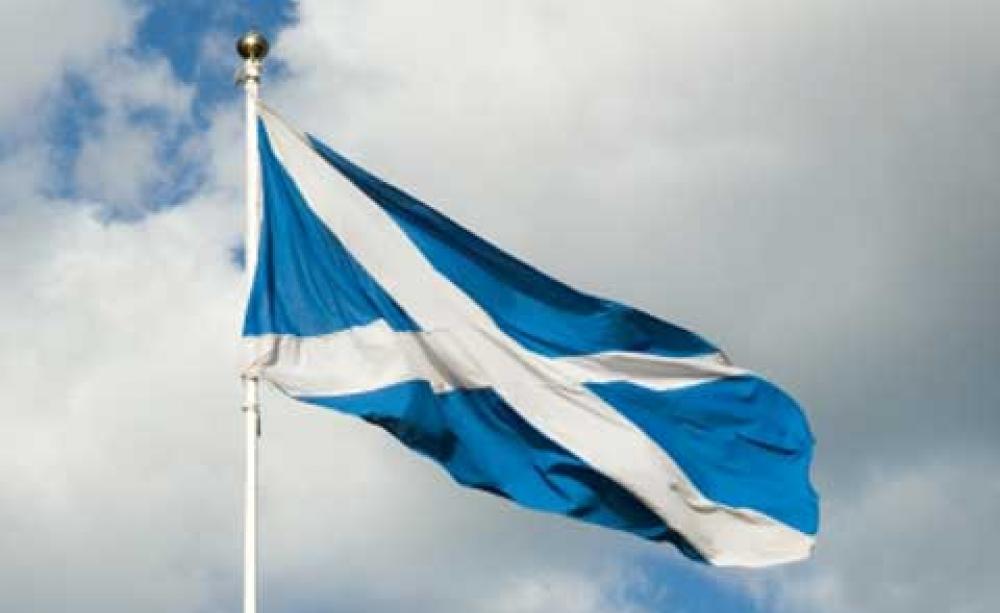 After the groundbreaking Climate Act of 2009, Scotland has just created a Climate Justice Fund for developing country adaptation projects
After leading the way on climate legislation with the 2009 Climate Change Act, the Scottish government are now putting their money where their mouth is with the creation of the Climate Justice Fund to pay for developing country adaption projects

The sheer injustice of the situation is inescapable. Countries where the impact of climate change is most pronounced are those with the least responsibility for causing the problem in the first place.

With New York State generating as much electricity as the entire sub-Saharan African continent, sans South Africa, greenhouse gas emissions from the developing world have had a minimal role to play in global warming.

Industrialised countries that have grown rich through polluting with impunity have recently paid lip service to helping developing countries deal with rising temperatures and attendant problems such as drought, rising sea levels and melting glaciers.

Hillary Clinton at the UN climate summit in Copenhagen even dangled the prospect of a $100 billion climate fund under the noses of journalists, but no firm detail ever emerged. Despite that figure now receiving broad acceptance when the issue was discussed at the most recent such gathering, delegates got no further than agreeing to staff an office to run the venture when it does finally emerge.

As of last week, however, at least one industrialised nation has shown it is prepared to strike a blow to help make communities in poorer countries more resilient to the impacts of climate change.

The Scottish Government announced that it was to set up a Climate Justice Fund after what was said to be ‘the first ever parliamentary debate on the concept world-wide.'

Innovative and based on the priorities of the communities whose interests it is being established to serve, the fund will finance measures such as early-warning weather systems and the introduction of drought resistance crops and agricultural techniques.

Although relatively small, its very existence, and even the fund's name, make an important point. They underline the fact that climate change IS an issue of justice - historical, international, and inter-generational.

Scotland's recognition of this, and willingness to take steps to put it right, is in keeping with its widespread acceptance of the need to do something urgent about climate change.

Three years ago every single MSP, all 129 of them drawn from five different political parties, voted in favour of the Climate Change (Scotland) Act 2009, thereby binding the country to 42 per cent cuts in greenhouse gases by 2020 (from 1990 levels).

Although no more than the bare minimum suggested by UN scientists for a developed nation like Scotland, it remains the most ambitious such target of any nation on earth - one that was voted through without dissent.

Of course there are still opposing voices (most recently Donald Trump who last month declared war on Scotland's wind farms, saying that their installation could do ‘more damage to Scotland than virtually any event in Scotland's history').

And Scottish politicians are still capable of counter-intuitive decision-making, for example the prevalence of new roads and road bridges in Scottish Government spending plans.

In general, however, it seems that Scotland's civil society, media and business lobbies are sufficiently supportive to give the politicians the required breathing space to take - broadly - the right decisions on climate change.

An important factor in their acquiescence has been the way Scotland seems to have avoided the ‘either/or trap': the sense that it has to deal either with climate change OR with the economy and jobs - a trap in which George Osborne decided to ensnare himself, and to some extent his government, at the last Conservative Party conference.

New roads and bridges notwithstanding, Scotland sees plenty of economic and job-creating opportunities in greening its own, and the world's, economies.

Former UN High Commissioner for Human Rights Mary Robinson, who now runs a climate justice foundation, praised the consensus in a letter this week to the Herald newspaper.

Scotland's commitment to climate justice and the practical actions it is taking to reach that goal, she said, ‘show the way for all countries.'