RESPONSE: The flawed arguments behind biomass 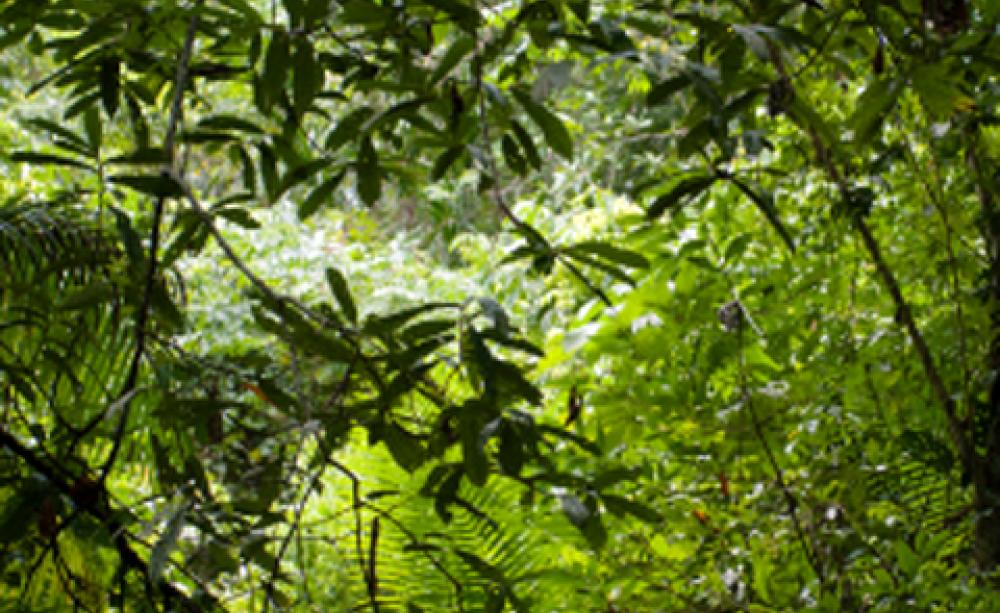 The Back Biomass campaign wants to portray bio-electricity as ‘sustainable', ‘proven' and ‘low carbon'. They accused Biofuelwatch of promoting myths and misunderstandings about biomass in a recent Ecologist article.

Back Biomass say the process of converting wood to energy is considered low carbon by governments, etc. What does ‘low carbon' mean? Is the biomass industry manipulating the numbers to show that bioenergy is lower carbon than it really is?

The UK Government has decided that biomass electricity is renewable if it has a carbon intensity of less than 285 kg CO2 per MWh. Their figure comes from a 60 per cent saving on the EU-wide fossil-fuel average, not a 60 per cent saving compared to gas as asserted by Back Biomass. Modern gas power stations have a carbon intensity of around 440 kg CO2 per MWh - much lower than the fossil-fuel average. A wood power station is therefore classified as renewable and by implication ‘low carbon' even though it only saves 35 per cent compared to gas. And of course it generates much more carbon than wind, solar and marine renewable energy.

The carbon balance calculation leading to that figure of a 35 per cent carbon saving is, however, deeply flawed and overestimates the saving. It relies on replacement trees being grown in massive numbers, and very quickly, to absorb today's smokestack emissions. The assumed timescale for re-growth is wildly optimistic. A mature tree of 80 to 100 years takes only a few minutes to release its full load of carbon into the atmosphere when burnt, but its replacement - if grown - takes a full century to re-sequester that carbon. Nonetheless for that full century while the CO2 is still aloft in the atmosphere, accounting rules treat it as non-existent.

Meanwhile, manmade global warming is occurring on a timescale of decades, with the CO2 emitted today by burning biomass creating warming and ocean acidification far faster than a theoretical sequestration by a tree. With atmospheric CO2 concentrations already well above 350 ppm, releasing greenhouse gases that will not be actually sequestered for the best part of a century, if ever, is hardly prudent.

Bioenergy is widely classed as 'carbon neutral' or 'low carbon' because of what many scientists have described as a carbon accounting loophole in the Kyoto Protocol. The accounting system means that not all of the emissions from bioenergy are attributed to the energy companies who burn biomass but, instead, carbon losses and other emissions from logging, land conversion to plantations, fertiliser use, etc count towards the forestry and agriculture sectors in those countries where the biomass is grown. For imported biomass burnt in the UK, they are Brazilian, North American or African emissions, not 'ours'.

Official carbon accounting also ignores the land-use change impacts that will arise from industrial scale tree harvesting. Indeed, due to a flawed UN forest definition, converting a diverse, natural forest to a monoculture eucalyptus plantation constitutes neither land-use change nor deforestation: the plantation is still classed as a 'forest'. And if large areas of forest are clearcut - well, those are simply 'temporarily unstocked forests', treated the same in the accounts as a rich, healthy living forest.

Back Biomass say that the industry is committed to sustainability, and works with bodies 'like the FSC' to improve standards. And they claim that,'Global schemes like this have been endorsed by leading NGOs Greenpeace and WWF'.

Biofuelwatch's research into the biomass supply chains for the biggest wood burning power stations in the UK so far found that most fuel is to be certified as ‘sustainable' by the US-based Sustainable Forest Initiative (SFI), not the FSC. The SFI has been condemned as industry greenwashing by a very large number of NGOs. According to Greenpeace, for example: 'The SFI standard does not address social issues, particularly in terms of indigenous peoples' rights, and it is also weak with regard to most ecological issues. Consequently, SFI-certified companies continue to log old-growth and endangered forests, destroy the habitat of rare and endangered species and replace natural forest with plantations'.

Forest Ethics' 2010 longer critique reported that the SFI is funded, promoted and staffed by the very paper and timber industry interests it claims to evaluate. Greenpeace Canada wrote in 2011 that, 'burning trees for energy puts Canadian forests and climate at risk'.

And the FSC's role in assuring sustainability? Readers may remember Oxfam's adverts against land-grabbing earlier this year: 'Home is where the bulldozers are'. Those denounced a UK firm that had evicted 22,500 people in Uganda to make way for a tree plantation. That company held FSC-certification - which is supposed to guarantee social as well as environmental 'sustainability'.

Biofuelwatch does not accept that a global trade in wood pellets or wood chips for bioenergy monitored by voluntary certification schemes will be any more effective than the current arrangements to certify other timber. The global trade in timber has been plagued with problems for decades to such an extent that EU legislation has had to be enacted to deal with illegal imports. According to the WWF in 2010, a fifth of all timber imports to the UK were then from illegal sources. The massive increase in demand for wood fuel will simply exacerbate the current problems.

The paper and pulp industry has used biomass in bulk for decades and the problems it causes are evident in places like South America. World Rainforest Movement tracks the impacts of the green deserts of eucalyptus and pine trees grown in monoculture plantations in Brazil and elsewhere - displacement of people, biodiversity reduced, water supplies requisitioned or poisoned.

So when Back Biomass say that, 'There is a significant amount of land suitable for biomass globally which is going to waste.... A market for sustainable feedstock encourages active management which can result in enhanced biodiversity and where adverse impact on the environment is minimal', we say: look at the experience in the paper industry for hard evidence rather than accepting bland assurances that impacts will be minimal.

Back Biomass claim theirs is a 'safe mature technology that will boost energy security when price shocks in other fuels place economic pressure on energy users.'

If big biomass is mature technology providing a hedge against volatile fuel prices, why does the industry need generous public-money subsidies for 20 plus years to run its power stations?

If it's safe and mature, why did a massive fire shut down Tilbury power station last month shortly after it started operating on wood pellets? And why do wood pellet production plants continue to suffer explosions and to cause local air pollution around the world, and have difficulty getting insurance?

Big biomass is grossly wasteful. To harvest, process and ship 100 trees from Canada to the UK as wood pellets requires the energy from at least 5 trees. Burn those pellets in a 30 per cent efficient electricity-only power station and 70 of the one hundred trees produce just waste heat and atmospheric emissions of carbon dioxide, particulates and NOx.

Hardly a prudent use of natural resources, more a wizard wheeze to cash in on subsidies.

And next time a biomass proponent tells you that there are enough trees and ‘waste land' to supply huge numbers of inefficient power stations, recall what the fishing industry used to say about fish stocks.

Robert Palgrave is a co-director of Biofuelwatch