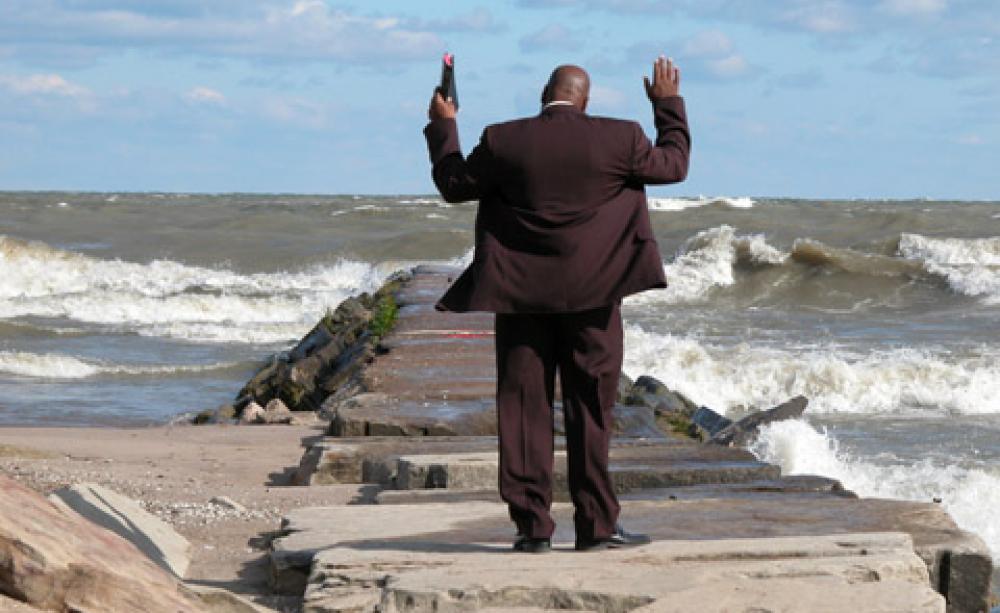 Could evangelical environmentalists have an important role to play in pushing forward the green agenda?

Ben Whitford reports on an unlikely yet growing movement in the U.S. which embraces the Christian God but also preaches protection of, rather than dominion over, the natural world.

Erik Swanson might just be the future of American environmentalism. A 21-year-old biology major at Wheaton College, a prestigious institution near Chicago, Swanson leads a student environmental group, organises recycling drives, and runs a community garden that supplies organic produce to the campus food service. An outdoorsy type who’s passionate about climate change, Swanson spends his summers working on environmental projects, and hopes one day to become a professional ecologist.

Swanson sounds like a typical granola-munching eco-liberal — but he’s actually one of America’s 100 million Evangelical Christians, and his determination to save the planet springs directly from his reading of the Bible. “As Christians we’re called to care for creation, because God created it, and saw it was good, and loved it,” he explains. “Also I think we have a responsibility to care for all of God’s people, and I don’t think you can say you love people if you’re destroying the environment they depend on.”

That view, known in Evangelical circles as “creation care” or simply “stewardship,” is gaining traction among America’s born again Christians. Many pastors now preach sermons on environmental issues, and surveys show that a narrow majority of Evangelicals agree that stricter environmental regulations are needed, and that disasters such as Hurricane Sandy are likely due to climate change.

That’s a big shift: America’s Evangelicals have historically been deeply suspicious of environmentalism. Over the years, the religious right has rebuffed ecological concerns, often citing a verse from Genesis in which God grants humanity “dominion” over other living things. In 2001, speaking on Fox News, conservative pundit Ann Coulter drove the point home: “God gave us the earth. We have dominion over the plants, the animals, the trees. God said, ‘Earth is yours. Take it. Rape it. It’s yours.’”

In recent years, however, a small group of moderate Evangelical thinkers, spurred on by secular greens and progressive British religious leaders, set out to articulate an alternative to the “dominion” theory. Their efforts culminated with a 2006 declaration signed by 86 prominent Evangelicals — including college presidents, the leaders of the Salvation Army, and celebrity pastor Rick Warren — that called on Christians to fight climate change. “Many of us have required considerable convincing … But now we have seen and heard enough,” the statement said.

That declaration was a watershed moment for “creation care”, says its author, David Gushee, a Christian ethicist who now directs Mercer University’s Centre for Theology and Public Life. With many religious leaders publicly calling for action, there was a real sense that Evangelicals, through their influence on Republican lawmakers, might serve as a catalyst for bipartisan climate reforms.

But the optimism didn’t last long. Evangelical climate deniers, spearheaded by a conservative group called the Cornwall Alliance, issued a counter-statement arguing that God had designed the planet to be “robust, resilient, self-regulating, and self-correcting”, and that fretting about global warming was therefore unnecessary and even irreligious.

That message appealed to many Evangelicals, especially as the financial crisis hit and economic jitters began to eclipse believers’ environmental concerns. Ironically, though, it was the 2008 election of Barack Obama, on a platform promising sharp reductions in carbon emissions, that dealt the final blow to the dream of mobilising Evangelicals behind climate legislation. The religious right abhors Obama, Gushee explains, and many Evangelicals simply can’t conceive of aligning themselves with the Democratic president. “We made more progress on climate change when George W. Bush was president,” Gushee sighs.

Still, if hopes of Evangelicals uniting behind climate legislation have largely faded, the community as a whole remains far greener than it once was, says Russell Moore, dean of the Southern Baptist Theological Seminary. That’s been driven in large part by young Evangelicals, Moore says, who have proven more able than their elders to embrace environmental activism without sacrificing their social and theological conservatism.

“Environmental issues generally are more concerning to the younger generation, because they don’t automatically connect concern for the creation with some of the culture war issues of the last generation,” Moore explains. “You have people who are able to be concerned about creation, but also are concerned about issues like the sanctity of human life, marriage and the family. Younger Evangelicals are seeing that it’s not either-or.”

That doesn’t mean young Evangelicals will start lobbying GOP lawmakers on green issues, Moore says. But it does mean they are making environmental stewardship part of the way they express their faith, both in their prayer and preaching, and by tackling community-level environmental issues. “It’s taking place on the local church level,” Moore adds. “That’s going to be more valuable than having a religious group standing in some senator’s office with a petition.”

Local-level engagement is better than nothing, says David Orr, a well-known environmentalist and professor at Oberlin College, who in 2005 wrote a scathing article blasting Evangelicals for their heel-dragging on environmental issues. “Belief in the imminence of the end times tends to make Evangelicals careless stewards of our forests, soils, wildlife, air, water, seas, and climate,” Orr wrote. “It is a great deal easier to be concerned about conserving the Creation if one assumes that … humankind will be around for a while.”

Lately, though, Orr has mellowed. “I don’t wish to condemn Evangelicals at this point,” he says. “They’ve been slow to come around … but then the country at large was, and still is. There was nothing exclusive about their resistance.” What matters now, Orr says, is for people of all faiths to come together and prepare for life on a warming planet. “People of faith … have an important role to play in this. When times get bad, people are going to need things that bond them together,” he says.

Building bridges between secular activists and Evangelical groups might not be straightforward, given the two sides’ lingering mutual antipathy. Even Swanson, the Wheaton undergrad, refuses to call himself an “environmentalist” in the conventional sense. Secular greens see the natural world as the “ultimate good,” Swanson explains, while Evangelicals remain clear that God comes first, and that their environmental work is simply a way of living their faith more fully.

Still, Swanson adds, it’s important for secular and religious greens to find ways to work together to tackle the world’s big environmental challenges. “Exactly why we’re doing it doesn’t ultimately matter — as long as we agree that it needs to be done, and can work together on solving it,” he says.

Ben Whitford is the Ecologist’s U.S. correspondent. He can be reached at mail@benwhitford.com.

Preacher giving praise in prayer on the shores of Lake Erie, Ohio courtesy of www.shutterstock.com