Ivory Wars or Ivory Peace? Is there a way forward? 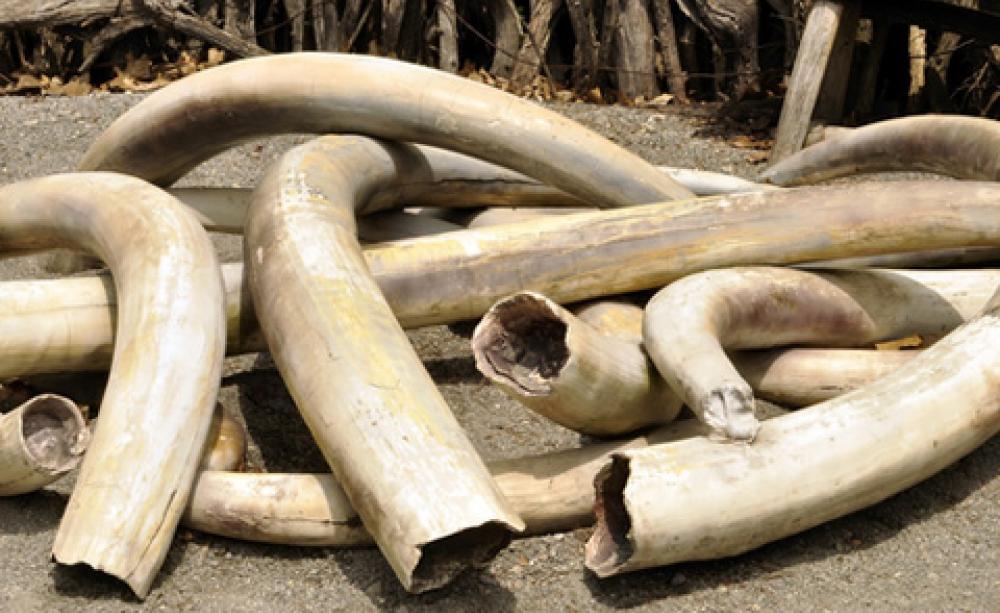 Dr. Mike Norton-Griffiths asks whether the Ivory Wars can only end with species extinction, or whether a peace agreement could actually be reached........

Africans are killing Africans in the name of "conservation"

The recent resurgence of elephant poaching across Africa has generated much international comment. Blame is being laid primarily on the Chinese who, by getting ever richer, are creating a rising demand for ivory, thus setting off a new wave of poaching, all initiated by the ill considered decision of CITES to allow a one-off sale of ivory stocks.

The solutions on offer are equally familiar: ever stricter trade controls, confiscation and destruction of stocks, more investment in anti-poaching, and stiffer penalties - preferably death - for poachers, middle men and consumers alike.

One of the few things we do know about this immensely complicated ivory trade is that this standard version of cause and effect is too simplistic and that the standard solutions proffered have not worked particularly well in the past, are not noticeably working well now and so are unlikely to work any better in the future.

Respected economists have pointed out that trade bans are perfectly ineffective and that banning trade has not diminished the demand for ivory. Perversely, restricting the supply of ivory in the face of growing demand increases the value of existing stocks, dead or alive, making it even more profitable to poach even more elephant, perhaps even to extinction.

This command-and-control approach to poaching and the ivory trade has created an "Ivory Wars" mindset which does no favours for conservation in general or for elephant in particular. Indeed, it is now abundantly clear that by their very nature the Ivory Wars can never be won, there are simply not enough resources or money available.

The Ivory Wars will end only with the extinction of elephant - a pyrrhic victory at best. These Ivory Wars are both ineffective and wasteful of scarce resources, they foment conflict and confrontation where there should be cooperation and mutual support, and they impose unacceptable collateral damage within Africa.

Because of the Ivory Wars mentality, Africans are killing Africans in the name of "conservation"; corruption becomes ever more deeply embedded and entrenched; and countries which should be cooperating in conservation and natural resource management, for example Kenya and Tanzania, are pitted one against the other.

Africans are killing Africans in the name of "conservation"

Countries that produce ivory and countries that consume ivory all want the same thing, lots of elephant and lots of ivory. So why cannot the producers and the consumers sit down together and work out how to achieve what they all want? If Asian countries want a regular and sustainable supply of ivory then, if invited, they should be more than willing to cooperate in elephant conservation and ivory production.

The only sure solution to the Ivory Wars is an Ivory Peace, and the first step must be to get producers and consumers to sit together at the highest national level and agree on common objectives to achieve peace rather than war.

There are many new and exciting ideas out there about the economics of the ivory trade and how it might be managed and regulated to produce a consistent flow of elephant products on a sustainable basis to meet the perfectly justifiable and legal demands of consumers, but without necessarily killing elephants.

Some may wish to see a reduction in demand among the consumers, but by persuasion rather than coercion; others may favour a legal, regulated trade in ivory initially from existing stocks and later from natural mortality; still others will argue for sustainable harvests from abundant populations.

But nothing is possible without a prior commitment to an Ivory Peace. Only then can solutions be addressed in a non-confrontational environment. No peace process is easy, or quick - witness South Africa and Northern Ireland - but it should not be beyond the wit of mankind to achieve the same for elephant.

Dr. Mike Norton-Griffiths has worked for the World Conservation Union (IUCN) and the United Nations Environment Programme (UNEP). He has been a Visiting Scientist at the Harvard Institute for International Development, and worked at the Department of Economics, University College London. More recently he has been involved with wildlife monitoring in Kazakhstan and Mongolia, and has been a visiting researcher in London at the International Policy Network and the Institute for Economic Affairs.