Nuclear power - the Hitachi ABWR is not Justified 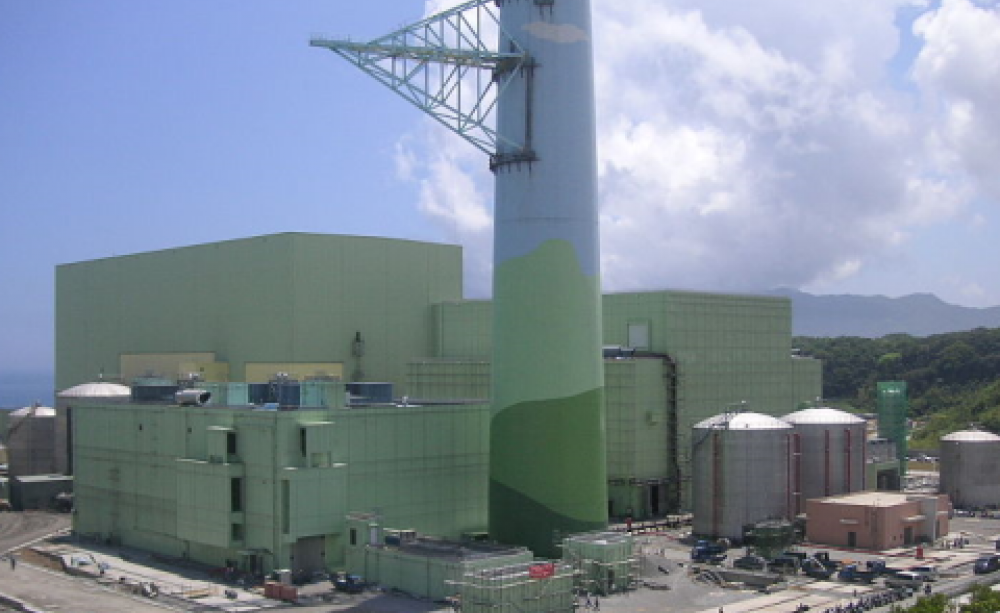 AWBR under construction at Lungmen, Taiwan, in 2009. Photo: NuclearBWR / Wikimedia Commons.
The UK Government is seeking to 'Justify' the Hitachi ABWR reactor type for new nuclear build at Wylfa and Oldbury. But as Mark Hackett reveals, the design is a dismal failure in Japan, costs more than alternatives, and brings serious health hazards.

From 2006 to 2010, Japan four ABWR reactors were producing only about half the electricity they should have been.

There is much discussion and debate in the UK and Ireland at present over its future energy mix. The Government sees building new nuclear power stations as a part of that energy mix.

We in the Nuclear Free Local Authorities (NFLA) do not. We say so whenever possible, such as with our joint submission to the European Commission arguing the UK-EDF deal on Hinkley Point should be deemed illegal state aid.

But now the Government is trying to push through another two new reactors at Wylfa in Anglesey and Oldbury in Gloucestershire. But this time they have wisely turned their backs on the 'European Pressurised Reactor' (EPR) deisgn EDF wants to build at Hinkley Point.

Instead they are backing Hitachi's 'Advanced Boiling Water Reactor (ABWR) design. Although there are examples of ABWRs in Japan, these would be the first in the EU.

And under European Union regulations, companies hoping to build a new class or type of nuclear facility must show the benefits outweigh the potential health risks. This is known as 'Justification'. Accordingly the Government has just published a consultation to 'Justify' the ABWR.

The Hitachi ABWR justification consultation is in two stages.

If the benefits of operating ABWR reactors are found to outweigh the health detriments, i.e., be 'Justified', the Secretary of State will make a Regulatory Justification Decision in the form of secondary legislation (a Statutory Instrument) between January and March 2015.

Any slippage in the timetable could mean a decision being delayed until after the General Election. We in the NFLA oppose Justification and I outline our key reasons below.

The poor performance of ABWRs in Japan

There are four ABWRs currently built - all in Japan - although, of course they have been shut down since the Fukushima accident. Although these are said to have been built to time and budget, their performance has been abysmal.

None had a capacity factor above 73% when they operated and two had capacity factors of less than 45%. For the period 2006-10 the four ABWRs had an average load factor of about 45%

A capacity factor is the amount a plant generates compared to the amount that would be generated if it was operating at full power all of the time. Nuclear power plants are costed on the basis that they will achieve capacity factors of 80-90%.

From 2006 to 2010, Japan four ABWR reactors were producing only about half the electricity they should have been.

So with a capacity factor of 45% any nuclear power project comes out needing twice the power price built into the original financial estimates in order to be an economic proposition.

Although the NIA Application admits the average capacity factor of about 45% for Japanese ABWRs from 2006-2010, the report doesn't attempt to explain the mysteriously poor performance.

This is an extraordinary omission given the critical importance of the capacity factor to the UK's energy security and to investor returns.

The core of the NFLA's submission relates to the severe health detriment of nuclear power plants - though this is an argument that applies to all types of fission reactor, not specifically to the AWBR.

Our argument is particularly based on the research of the German Government's 2009 'KiKK' study, which analysed childhood cancer rates in the proximity of nuclear power stations.

The German KiKK study reported a 1.6-fold increase in solid cancer risks and a 2.2-fold increase in leukaemia risks, among infants under 5 years old living within 5 km of all German nuclear power stations.

These increased cancer rates were unequivocally linked to proximity to nuclear reactors. The study's findings support over 60 other studies worldwide on increased childhood cancer near nuclear power stations.

Since the 2009 KiKK Report, there have now been four further European reports showing an increase in childhood leukemias in the vicinity of nuclear power stations.

Independent radiation health scientists Dr Ian Fairlie and Dr Alfred Körblein have carried out a meta-analysis which merged the data from these four studies. This found a statistically significant 37% increase in childhood leukemias near nuclear power stations.

In its application, the NIA argues that new ABWRs will help to ensure a diverse mix of technology and fuel sources, which will increase the resilience of the UK's energy system.

The reactors will, NIA argues, reduce exposure to the risks of supply interruptions and of sudden and large spikes in electricity prices that can arise when a single technology or fuel dominates electricity generation.

But these claims do not stand up to examination. First we have the remarkably low capacity factors of the Japanese ABWRs - from 2006 to 2010, the four reactors were producing only about half the electricity they should have been.

This means there have probably been many sudden, unplanned outages, following which the reactors would need to be kept in shutdown for some weeks to carry out checks, repairs, maintenance, and to allow the recovery of the fuel rods (from so called neutron poisons).

And that would hardly increasing the resilience of our electricity supply!

Moreover Wylfa and Oldbury will not be able to start operating for at leasta decade. They won't be able to contribute to energy security and reducing dependence on fossil fuels until after 2024 - and in all likelihood well after 2024.

The NIA attacks solar and wind

The NIA argues that even if solar PV and wind end up requiring lower strike prices - which is an undeniable proposition since they already do require cheaper incentives than Hinkley C - without an energy storage breakthrough they cannot provide the same level of baseload power as nuclear.

The argument that renewable energy isn't up to the task because "the sun doesn't shine at night and the wind doesn't blow all the time" is overly simplistic. However there are a number of renewable energy technologies which can supply baseload power.

The intermittency of wind and solar PV can be addressed by interconnecting power plants which are widely geographically distributed, and by coupling them with peak-load plants such as gas turbines which can quickly be switched on to fill in gaps of low wind or solar production.

More predictable and despatchable renewable technologies like tidal power and geothermal power can also be included in the mix.

But more generally, the UK needs to move to a 'smart grid' like that being developed by Germany and Italy. Elements of the technology include:

Interestingly, these smart grid technologies will be just as necessary in a high nuclear scenario, as in a high renewables scenario, for the simple reason that nuclear power stations produce a steady power output that does not match demand (until, of course, they snap off completely).

By the time the Secretary of State is ready to publish his draft Justification Decision in spring 2015 the UK solar PV industry could have installed a cumulative PV capacity of more than 7GW.

This would correspond to 35% of the 20GW by 2020 aspiration of Energy Minister, Greg Barker. 2.5GW is expected to be installed in 2014 - and a further five years at that rate will get the industry to the 20GW mark.

That figure might have appeared unthinkable just a few years ago. But in the event it may actually need to be upgraded to reflect the changing status of solar PV within the overall energy mix of the UK.

Other alternatives - an interconnector supplying renewable energy from Iceland, offshore wind by 2020 and a concerted energy efficiency programme - would all be cheaper than new nuclear build.

These are just some of the points raised by the NFLA in our submission to the Government.

The consultation runs until the 13th May. NFLA urge others to send in their own submissions to and call on the Government not to 'Justify' the ABWR.

Submit your comments - before 13th May: abwrjustification@decc.gsi.gov.uk