Yes or No, we need democratic and constitutional reform 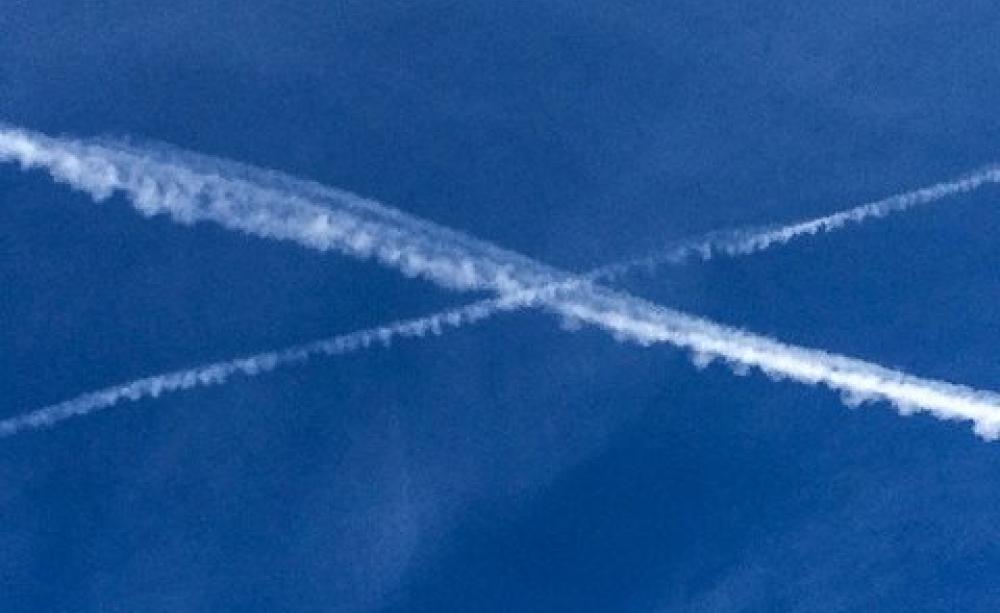 Blue skies beckon for British democracy, and not only in Scotland. Saltire drawn by vapour trails over the Falls of Foyers, Scotland. Photo: David Sim via Flickr.
The Scottish referendum must mark an end to 'business as usual' in UK politics - no matter who triumphs in this week. That means no more 'first past the post' parliamentary elections, and a wider democratic rebirth under a new constitutional compact.

Only recently, waking up to the possibility of a Yes majority, have UK politicians begun thinking about the implications of Scottish independence for 'residual UK' - rUK for short.

Amid speculation about what to do about Westminster MPs representing Scottish seats (who are predominantly Labour), little thought is being given to the great opportunities (and challenges) for the future of British democracy in rUK.

Once the Scottish decision is known, we should push for negotiations on what domestic, national and international roles and institutions UK/rUK needs to put in place for a renewed and sustainable democratic future.

As Scotland has done through the referendum debates, we must initiate discussions about what kind of Britain we want for the future. This in itself represents an exciting and unprecedented opportunity for civic engagement and reflection.

Negotiations should aspire - at a minimum - to grant citizens:

Meanwhile, the Welsh should be offered the option of turning their Assembly into a Welsh Parliament.

But such a package, with its list of key democratic reforms, is a bare minimum. Citizens need to be empowered further, in a way that has never yet happened in a Britain of subjects rather than citizens.

The negotiation process should involve a range of stakeholders as well as MPs and constitutional lawyers. And it should focus on an inclusive and deliberative Constitutional Convention.

The 2015 Parliament would then be dissolved and new elections held under the new electoral system.

If Scotland votes No?

After insisting on a binary yes-or-no choice, refusing to allow a 'Devo-max' option, the UK Conservative-LibDem government together with Labour are now scrambling to give Scottish voters an incentive to vote No by offering some form of 'Devo-max' under a reformed UK arrangement.

What precisely would still be on offer if the No vote wins is debatable, though it seems increasingly likely that Wesminster will be held to these promises of 'Devo-max', in the event of a No vote, especially a narrow one on a high turnout.

Progressives like the Greens - the only British political party that backs independence both north and south of the border - and Compass (see here and here) need to address Scottish discontent with the status quo - and its causes.

They must also recognise that serious democratic deficits exist elsewhere: in Wales, most if not all English regions, and Northern Ireland. Not to mention local government everywhere.

So there is again a strong case for a Constitutional Convention. The Welsh are pressing this case, and rightly so. Interestingly, it is now being taken up in Scotland too.

Our strong belief is that such a Convention should be deliberative, and not only composed of elites. It should take as a rough model the impressive and inclusive deliberative process that took place in Iceland after the financial crash there.

One key reason why a Constitutional Convention is essential in the event of a No vote is the 'West Lothian question': If a Scottish Parliament decides Scotland's policies on a host of issues, how come Scottish MPs can vote on the same issues in the UK Parliament, determining policies in England, Wales or Northern Ireland?

With Devo-Max in Scotland, this question becomes completely unavoidable. The question should be settled - in a manner that involves the public, and is not merely imposed upon them.

Yes or no, we need these reforms

Rebecca Johnson FRSA is a feminist peace campaigner and academic author. She is the Director of the Acronym Institute for Disarmament Diplomacy, CND Vice-President, and a member of Women in Black.

More articles by Rupert Read on The Ecologist.