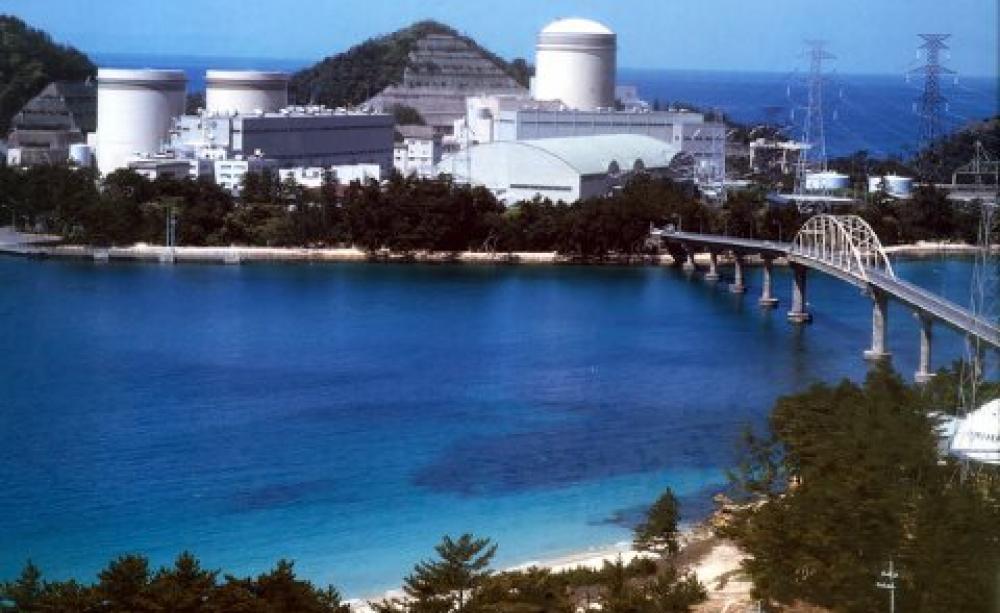 After a history of accidents at the site, the three ageing reactors at Mihama, Japan, are among those likely never to restart. Photo: Kansai Electric Power Co via IAEA Imagebank / Flickr.
Japan's government is trying to get its failing nuclear power industry up and running, write Jim Green and Peer de Rijk. But in the post-Fukushima world, it faces formidable obstacles. Experts believe most reactors will never restart - and Japan's stricken utilities may have to find $30 billion or more to finance their decommissioning.

I don't believe predictions that most of the 49 reactors will come back. My prediction is that about half of that, about 25, will eventually come back, gradually and carefully over the next five years.

Japan's remaining nuclear enthusiasts in the post-Fukushima era - who happen to include the country's right-wing government led by Prime Minister Shinzo Abe - received some welcome good news this month.

Two smaller regulatory approvals remain before the Sendai plant can restart. The NRA said that it will now review the detailed design and construction of the reactors and related facilities, as well as operational safety programs and procedures for accident responses.

These final stages could possibly be completed by the end of the year, according to the World Nuclear Association. [1]

Once those steps are complete, the NRA would be able to issue its final approval for operation. Kyushu would also need to gain approval from political leaders in Kagoshima prefecture - though that is not a legal requirement. The federal government has the final say on whether nuclear power plants operate. [1]

Deep local opposition will fight all the way

However Greenpeace: "The decision really means that Kyushu Electric has moved restarting the Sendai reactors forward a bit, but it's still not a restart approval. It doesn't mean the NRA has certified the reactors as safe to operate or that they will restart anytime soon." [2]

Sendai, at the southern end of the island of Kyushu, is 50 kms from an active volcano. "No-one believes that volcanic risks have been adequately discussed", said Setsuya Nakada, a professor of volcanology at the University of Tokyo, in June. [3]

The pro-nuclear governor of the prefecture where the Sendai plant is located and the mayor of Satsumasendai, the plant's host city, are likely to approve the restart of Sendai reactors.

But many nearby townships are opposed. More than half of the 30,000 residents in Ichikikushikino, a coastal town 5 kms from the plant, submitted a petition mid-year opposing a restart. [5]

Many of Japan's 'operational' reactors will never restart

None of Japan's 48 'operational' reactors are currently operating; none have operated since the Ohi 4 reactor in Fukui prefecture was shut down on September 15 2013. Reactor restart applications for 18 other reactors have been submitted to the NRA. [1]

A Reuters analysis earlier this year concluded that fewer than one-third, and at most about two-thirds, of the 48 reactors will pass NRA safety checks and clear the other seismological, economic, logistical and political hurdles needed to restart.

The analysis was based on questionnaires and interviews with more than a dozen experts and input from the 10 nuclear operators. [6]

I don't believe predictions that most of the 49 reactors will come back. My prediction is that about half of that, about 25, will eventually come back, gradually and carefully over the next five years.

According to Reuters: "Some reactors can essentially be ruled out, like Tepco's Fukushima Daini station, which is well within the Daiichi plant evacuation zone and faces near-universal opposition from a traumatised local population. Also highly unlikely to switch back on is Japan Atomic Power Co's Tsuruga plant west of Tokyo. It sits on an active fault, according to experts commissioned by the NRA.

"Twelve reactors will reach or exceed the standard life expectancy of 40 years within the next five years, probably sealing their fate in the new, harsher regulatory climate. These include reactor No. 1 at Shikoku Electric's Ikata power station. The outlook is less clear for about a third of the other 48 reactors." [6]

"I don't believe predictions that most of the 49 reactors will come back. My prediction is that about half of that, about 25, will eventually come back, gradually and carefully over the next five years.

"The basic rationale for that is some of the reactors, the Mark I BWR, may never get re-permitted in Japan. Secondly, some local governments just don't want them." [8]

Some government and industry representatives are openly discussing the permanent shut-down of ageing reactors. For example, Yuko Obuchi, the minister for economy, trade and industry, said in early September:

"For myself, I would like to proceed with smooth decommissioning (of some plants) and at the same time the restart of nuclear power stations certified as safe." [9]

Kansai Electric Power Co. is one of the utilities considering that strategy. Kansai is considering decommissioning two ageing reactors at its Mihama nuclear power plant in Fukui Prefecture, but is intent on restarting two others at its Takahama plant in the same prefecture. [10]

"I think the government is incredibly clever by doing the restarts in the most modern, advanced places that have the most local support and are yet far from centres of political activity. Then you use that to create momentum for the agenda of restarting as many reactors as possible." [6]

Some reports suggest that around a dozen reactors may be permanently shut down because they are either too old or too costly to upgrade. [11] Twelve reactors began operation in the 1970s. [12]

A survey of utilities earlier this year by the Asahi Shimbun newspaper found that there was no near-term likelihood of restarting 30 reactors.

Thirteen of those, mainly due to their age, are having particular difficulty in complying with the new standards according to the survey, and are likely to be decommissioned. [10]

Academics Daniel Aldrich and James Platte noted in an article in August: "By the end of 2020, 13 reactors will have reached the 40-year limit of their operating licenses, and an additional 10 more reactors will be 40 years old by 2025.

"Unless the NRA begins considering license extensions, it seems reasonable to assume that most of these older reactors will not restart. Thus, one could estimate that 25 to 30 reactors would restart in the next five years or so, and this does not account for newer reactors that the NRA or local governments could declare unfit for restart.

"While restarting some reactors will help generate revenue for Japan's struggling power utilities, the cost of decommissioning about half of Japan's pre-Fukushima reactor fleet will be significant. Despite the nuclear revival ambitions of the LDP and industrial leaders, Japan's nuclear sector appears to have a long, difficult road ahead of it." [13]

Giving an insight into the scale of costs involved in decommissioning so many reactors, Southern California Edison this week revealed the cost of its plan to decommission the three idled reactors at its San Onofre Nuclear Generating Station in northern San Diego County: an estimated $4.4 billion. [14]

So if Japan's utilities choose, or are forced to decommission 25 reactors, they face a likely near-term cost in excess of $30 billion.

Peer de Rijk is director of the World Information Service on Energy, which publishes Nuclear Monitor.

This article was originally published in Nuclear Monitor September 18, 2014 | No. 791. A few small edits have been made by The Ecologist in this version.

Nuclear Monitor is published 20 times a year. It has been publishing deeply researched, often strongly critical articles on all aspects of the nuclear cycle since 1978. A must-read for all those who work on this issue!