Nugen's AP1000 nuclear reactor - is it any better than the EPR?

The Vogtle nuclear plant in Georgia, where two AP1000 reactors are under construction, and subject to long delays and cost overruns. Photo: Nuclear Regulatory Commission via Wikimedia Commons (Public Domain).
As nuclear projects using the EPR design run into long delays and huge costs overruns, industry hopes are pinned on the Westinghouse AP1000 reactor, writes Chris Goodall. But with eight AP1000 projects around the world going the way of the EPR, is it really a wise choice for the UK's Moorside nuclear site?

Is a safe third generation nuclear power station beyond the capacity of even the most experienced contractors to build to a tight timetable and at a predictable cost?

The engineering problems of the EPR are well-known.

The nuclear power stations being built in Finland and France using this design are well over budget, are failing to meet even frequently revised timetables and are dogged with concerns over construction integrity.

Olkiluoto 3 in Finland is now expected to start producing electricity in 2018, thirteen years after work first began on the site. The project will cost many billions of Euros more than first predicted.

Despite these highly visible problems, warnings that the design is "unconstructable" and the new legal challenges from Austria and from green energy suppliers in Germany and Austria, EDF still wants to construct Hinkley C using the EPR design.

Others have suggested that an alternative design, Westinghouse's AP1000, has a better future in the UK. Three of the reactors are planned for the Moorside proposed nuclear site next to Sellafield. Chinese reactor builders are also touting AP1000 variants for the UK's Bradwell nuclear site, and even for Hinkley C should the EDF / Areva consortium withdraw.

An uncritical article in the Financial Times this week allowed the Westinghouse consortium a chance to expound on the strengths of the AP1000 design. The head of Nugen, the UK venture promoting the Westinghouse design, said: "We are using proven technology. The AP1000 has a good record of construction around the world."

The facts suggest that these statements are lamentably false. Unfortunately for those of us who believe new nuclear should be a response to the increasingly urgent need to decarbonise electricity production, Westinghouse is having the same problems with the AP1000 as the unconstructible EPR.

The AP1000 is the next generation design being developed by Westinghouse, a subsidiary of Toshiba. Westinghouse constructs the AP1000 projects in partnership with Chicago Bridge and Iron (CB&I), probably the world's most experienced builder of large power stations.

The AP1000 is a 1.1 GW plant using a design based on a much smaller power station developed by Westinghouse 20 years ago. One important fact is that no stations using the original design were ever built. However, the advantages of the AP1000 are said to include a relatively simple design, a high level of passive safety and modular construction.

Is a safe third generation nuclear power station beyond the capacity of even the most experienced contractors to build to a tight timetable and at a predictable cost?

Modular construction means that components can be manufactured elsewhere and then shipped to the power station site. However US sites have had 5,000 workers on site at the same time, posing the some of the same huge management challenges that were experienced at the Finnish EPR site.

Four AP1000 reactors are in construction in the US and four in China. The US plants are at two separate sites in the state of Georgia ('Plant Vogtle', two AP1000s) and South Carolina ('Summer', two AP1000s).

I focus here on the experience in Georgia, but note that similar three-year delays have also happened at Summer in South Carolina, where serious cost overruns have also taken place.

Vogtle 3 and 4 are being built in the same complex as two earlier nuclear power stations. After delays in final design approval, they were finally licenced in February 2012. Near-concurrent construction of the two plants started in May 2013 with completion of the first planned for April 2016.

Original estimates for the total price to the utilities buying the power stations were about $14bn (about £9.5bn). The price to be paid was essentially fixed, meaning that most of the construction risk is borne by Westinghouse and CB&I.

The most recent announcement of construction delays came in February 2015 when the station's eventual 45% owner (Georgia Power) told the state regulator that the partnership building the station had recently estimated that the eventual completion date for Vogtle 3 would be June 2019. Vogtle 4 would be finished in June 2020.

The expected delay for Vogtle 3 is now 39 months, more than doubling the initially expected construction time. The project is not yet half complete.

And the costs are rising too ...

Although the contract price has not risen significantly because it is largely fixed, the cost to electricity customers in the state of Georgia has increased. This is because the utilities that will eventually own the two new stations have been granted electricity price increases by the state regulator to cover the higher financing costs of Vogtle 3 and 4.

The utilities have been paying for individual elements of the two new plants as they are completed. The long delays mean that the interest costs are higher than expected and the regulator has already granted rate increases to compensate the eventual owners.

People in Georgia are already paying a supplement of 6% of their bills to finance the new nuclear station - Indeed Friends of the Earth US suggests that as much as 11% of their electricity bills may be supportiing the project.

Although the deal was a fixed price contract, the company buying the largest share of the finished plants is in legal battles over extra costs that the contractors claim that the purchasers should bear.

We can reasonably expect that the cost to construct the stations has also increased. However industry estimates of the eventual final cost to the contractors are vague and imprecise. They currently seem to be around $18bn (~£12bn). This seems low to me, given that the total project is now expected to take more than twice as long as originally expected.

CB&I says that Westinghouse will eventually pay most of the overrun costs but we can safely presume that this issue will also end up in court.

Georgia Power is losing faith in its contractors

Until recently the main buyer, Georgia Power, was reasonably content with the progress of the construction. However its 2015 submissions to the Georgia regulator have become increasingly concerned in response to the latest estimates of delay.

Note that Georgia Power has a difficult line to steer: it cannot be too critical of the contractors because otherwise the regulator that oversees it and grants its rate increases will question why it agreed to build the first new nuclear plant in the US for several decades in the first place!

Most recently, the company's May 2015 testimony prepared for a hearing has been openly critical of the contractors Westinghouse and CB&I:

"In general, the Company, like the other Owners, has been disappointed with the Contractor's performance under the revised IPS (project plan). The Contractor has missed several key milestones since the publication of the revised IPS in January 2015, including several milestones relating to critical-path or near-critical-path activities such as the assembly of CA01 (part of the central reactor), the delivery of shield building panels, and work on concrete outside containment.

"The Contractor has also encountered difficulties in ensuring that new vendors produce high-quality, compliant components per the IPS projections." (p.15)

Georgia Power is now indicating that it has little faith in the contractor's ability to keep to the new delayed timetable.

"The Contractor must continue to improve its schedule performance, maintain these improvements, and successfully resolve RCPs / squib valves / CMTs (components with severe quality or delivery problems) in order to complete the Facility by the currently projected substantial completion dates." (p.15)

Cost data from the Chinese construction projects is difficult to find. But they have also experienced significant construction difficulties. Building at Sanmen began construction in August 2009 and was originally expected to be finished by August 2013.

As with Vogtle, construction was said to be on schedule a year into the project and even in March 2012 completion was still officially planned for 2013. Recent updates suggests that completion will actually take place in 2016, also a three year delay.

The design used in China is simpler than that used in the US, and it may well be possible for Chinese constructors to build much more quickly and cheaply. However the modifications are unlikely to be acceptable to Western regulators. For example, the power stations are not designed to survive a direct hit from an airliner, a US requirement.

The questions in the minds of all concerned are surely these:

I'm afraid I don't think the answer is at all clear.

Chris Goodall is an expert on energy, environment and climate change and valued contributor to The Ecologist. He blogs at Carbon Commentary.

This article was originally published on Carbon Commentary. 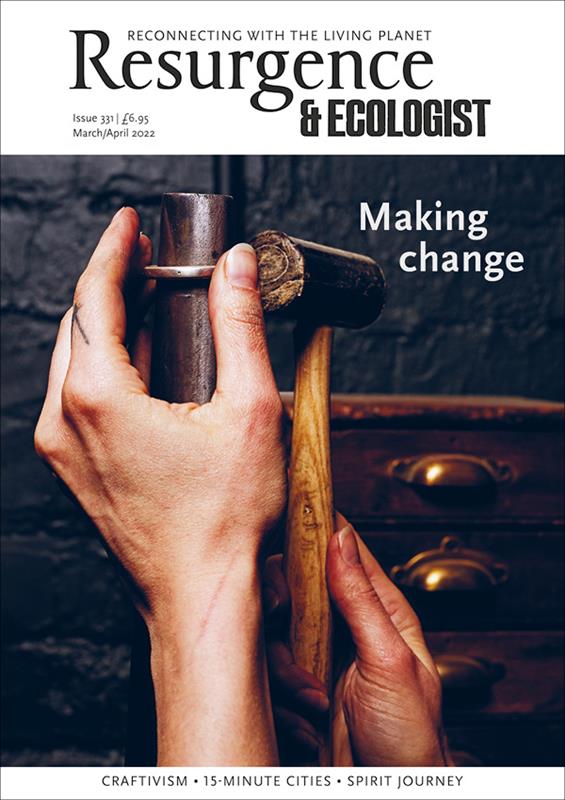