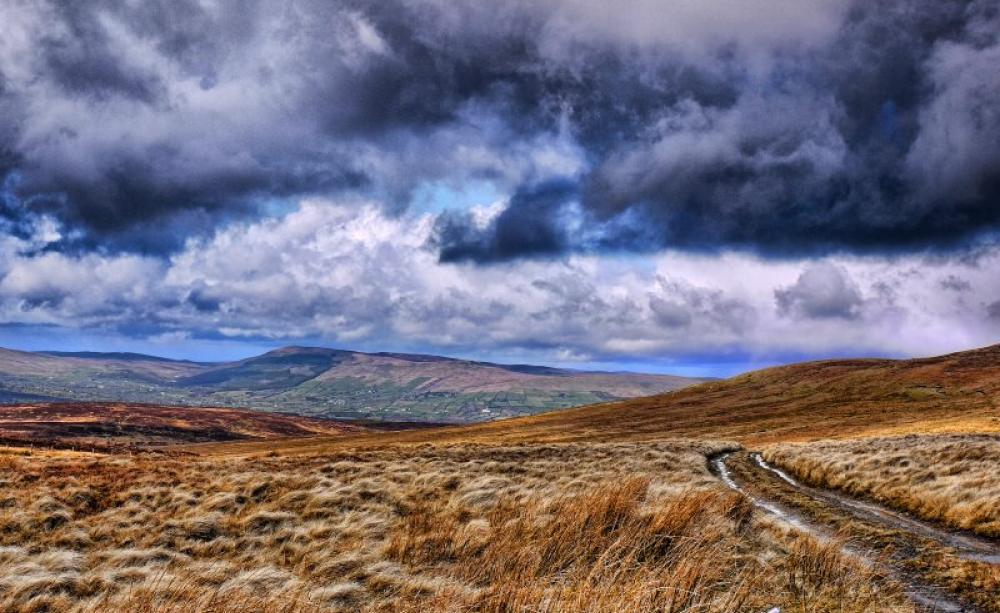 Slieve Gallion in the Sperrin Mountains of County Tyrone, Northern Ireland, at risk from a proposed gold mine. Photo: SHANLISS_SNAPPER via Flickr (CC BY).

Slieve Gallion in the Sperrin Mountains of County Tyrone, Northern Ireland, a landscape at risk from a proposed gold mine - given permission without even an environmental assessment. Photo: SHANLISS_SNAPPER via Flickr (CC BY).

Northern Ireland shows just how much we need the EU's laws protecting nature, writes Andy Atkins - and for the Government to enforce them. The province's wonderful natural heritage is at risk from aggressive and often unlawful developments. And the EU nature laws are essential for us to fight off a host of threats - among them sand dredging, gold mining, road-building and over-fishing.

These vital laws are now under threat from a new European Commission which has economic growth as a priority, without understanding the link between a healthy environment and people's wellbeing.

I've recently returned from a visit to Northern Ireland where outrageous attacks on nature are happening.

This is a story about law enforcement, or the lack of it, for nature. And a story about how brave communities are demanding that the Government acts for the people and nature - not private interests.

Some of the biggest advances for nature in the UK and across Europe are due to a couple of European Union laws that our Government signed up to decades ago: the Birds Directive and the Habitats Directive.

The good news is that when these nature laws work well, they can work really well. But, shockingly, Northern Ireland seems like the Wild West of Europe - where the law of the strongest, rather than the rule of law, holds sway.

It's 20 years since legally binding regulations implemented EU laws in Northern Ireland to protect nature. But you wouldn't know it from what I saw and heard. Here are three examples.

Nature under attack in Lough Neagh

We stood on the shores of Lough Neagh, the largest inland lake in the UK, and bigger than the Mediterranean island of Malta. The lake is also Europe's biggest wild eel fishery and in the 1980s supported the UK's largest concentrations of overwintering water birds (scaup, pochard, tufted duck etc).

This was the reason it was designated Northern Ireland's first Special Protection Area (SPA) in 1999, under the Birds Directive. Yet, in the past 30 years:

Why is this? Could it be anything to do with the fact that the Lough has probably the biggest unlawful quarry in Europe, with 1.7 millions tons of sand dredged from the Lough bed each year?There are likely to be other factors too. But this industrial-scale assault on the Lough has to be a prime suspect.

But here's the truly astonishing thing: the dredging has no planning permission, no Environmental Impact Assessment or Habitat Assessment under Article 6 of the Habitats Directive. It has just, sort of, happened. And the Northern Ireland government has done nothing to stop it.

Government sitting on its hands

I watched while a big red dredger brought a new cargo of sand to the small port on the shore; while a massive front-loader piled a sand mountain higher. Only our nature laws will ultimately stop this unauthorised activity, as a recent article in the 'Irish Environment Magazine' pointed out.

We ventured west to Country Tyrone and into the Sperrin mountains. Climbing a hill we looked down over a beautiful valley, with ancient oak woods and the Owenkillew River winding through.

These vital laws are now under threat from a new European Commission which has economic growth as a priority, without understanding the link between a healthy environment and people's wellbeing.

The river holds the last viable population of freshwater pearl mussels, a critically endangered European population. For this reason the area has been designated a Special Area of Conservation (SAC) under the Habitats Directive.

On one side of the valley there is a peat bog, its grasses and lichens green-gold in the sunshine. But wait a minute: what are those green huts and bright-red half-track vehicles doing in the middle of it?

Answer: the Northern Irish government has, in its wisdom, given permission for a gold mine to be sunk in the hillside above the river. And yes, you've guessed: they did so without the legally required Environmental Impact Assessment.

With workings just 25m from the river at the closest point, the mussel colonies are probably already done for. Populations of otter and Atlantic salmon are at risk too. The peat bog above is being destroyed.

Another unfolding and entirely preventable tragedy is at Strangford Lough. In early autumn this majestic sea lough holds 90% of the entire world's population of light bellied geese, that breed as far away as Canada.

The other main reason for its designation as a European site was the rich seabed holding, until 20 years ago, a unique habitat called a biogenic reef, knotted together with vast beds of horse mussels. But illegal dredging of the seabed for shellfish has caused a near total collapse in seabed biodiversity.

It appears that only the nature laws - and the threat of legal proceedings based on them - will force the government to take action to restore the site (download the Strangford Lough report).

I saw and heard lots to be angry about in Northern Ireland. But I was also inspired by the real progress since my last trip on a number of threats to the environment. Using these laws, organised groups have stopped the A5 road, the biggest new road project ever proposed in Northern Ireland.

The High Court rejected this because of failures to carry out a Habitats Regulation Assessment. But it's not just the legal profession defending laws in the courtroom that matters.

Barefoot lawyers to the rescue

There are many 'barefoot lawyers' working in communities who have become the real experts. They regulate through agitation, armed with a copy of the regulations. And I was inspired how individuals and communities, in the face of institutional neglect, believe these laws are now more important than ever.

These vital laws are now under threat from a new European Commission which has economic growth as a priority, without understanding the link between a healthy environment and people's wellbeing, as well as the long-term health of the economy itself.

Our new UK Government also wants the laws reviewed. Yet these laws are critical to defending and restoring our hard-pressed environment in the UK, and nowhere more-so than in Northern Ireland.

Andy Atkins is Director of Friends of the Earth (UK minus Scotland).

This article was originally published on the Friends of the Earth blog.