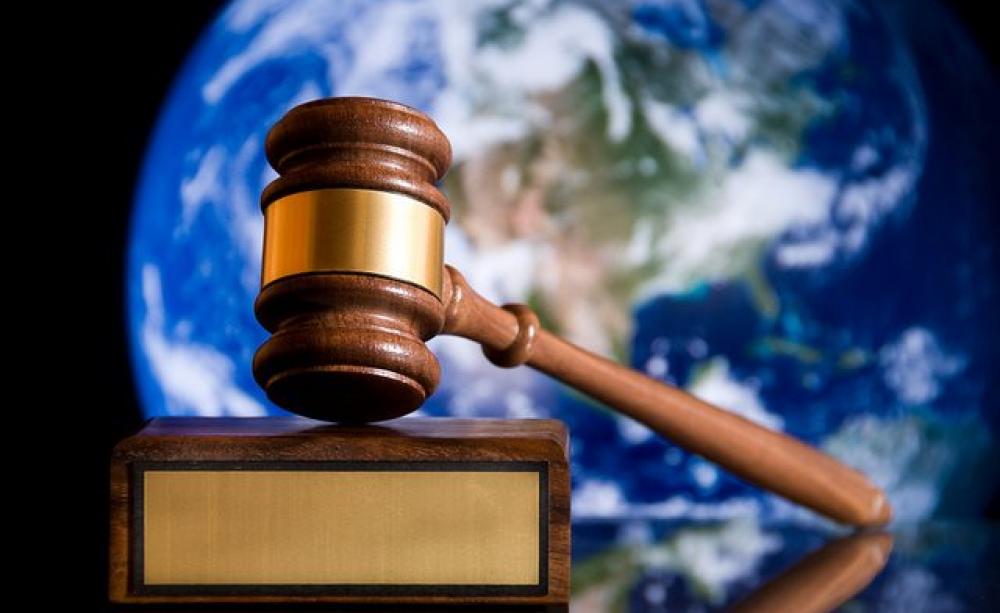 Photo: Tori Rector via Flickr (CC BY-SA 2.0).
Leaked papers reveal that the Trans Pacific Partnership trade deal would represent a historic transfer of power and money from the US and other governments to corporations.

Enactment of the leaked chapter would increase US ISDS liability to an unprecedented degree by empowering about 9,000 foreign-owned firms from Japan and other TPP nations to launch cases against the government.

A leaked secret dispute-settlement provision of a pending US trade deal with Asia is raising concerns among nonprofit groups which say it favors big companies over governments.

The classified document, released this week by WikiLeaks, deals with a controversial investor-state dispute settlement tool that is part of closed-door negotiations for the Trans-Pacific Partnership (TPP), a 12-nation free-trade agreement including Japan, Australia, Singapore and Vietnam.

ISDS tribunals are also part of the vast trade pact the US is negotiating with the European Union, the Transatlantic Trade and Investment Partnership or TTIP.

The cover page of the leaked document said the document "is supposed to be kept secret for four years after the entry into force of the TPP agreement or, if no agreement is reached, for four years from the close of the negotiations."

Public Citizen, a consumer advocacy group, said the leaked document shows that the TPP would open up the United States to huge liability claims.

"Enactment of the leaked chapter would increase US ISDS liability to an unprecedented degree by newly empowering about 9,000 foreign-owned firms from Japan and other TPP nations operating in the United States to launch cases against the government over policies that apply equally to domestic and foreign firms", the Washington-based organization said in a statement.

Lori Wallach, director of Public Citizen's Global Trade Watch, added: "With the veil of secrecy ripped back, finally everyone can see for themselves that the TPP would give multinational corporations extraordinary new powers that undermine our sovereignty, expose US taxpayers to billions in new liability and privilege foreign firms operating here with special rights not available to US firms under US law."

Environmental group Sierra Club said the leaked document confirms the threats of the TPP to clean air and water, because the provision "would expand a system of investor privileges."

Last week an arbitration panel established under the North American Free Trade agreement (NAFTA) ruled in favour of a US mining company, Bilcon, against Canada, after permission to mine basalt in Nova Scotia near a breeding ground for endangered whale and dolphin species was denied for environmental reasons. The company is now demanding $300 million 'compensation'.

The TPP leak came as Congress plans to discuss next month the so-called 'fast-track' authority that President Barack Obama is seeking for trade negotiations.

Fast-track would allow the White House to agree to a trade deal and submit it in its entirety to Congress to ratify, without allowing lawmakers the power to make amendments.

"This leak is a disaster for the corporate lobbyists and administration officials trying to persuade Congress to delegate Fast Track authority to railroad the TPP through Congress", said Wallach.

The US Trade Representative, the agency in charge of US trade negotiations, was not immediately available Thursday to comment on the leaked document.

The Transatlantic Trade and Investment Partnership (TTIP) also contains investor-state dispute-settlement (ISDS) clauses, but these have yet to be released into the public domain.

The European Union won't decide whether to include them in the agreement until the "final phase of the negotiations" with the US, and is asking member states to submit their views.

ISDS is controversial because it allows investors to take governments to international arbitration tribunals rather than to domestic courts. It could be dropped, modified or kept in its current form, when the trade pact is finally sealed. The US wants ISDS included in the landmark free trade agreement.

Negotiations on investment in TTIP were suspended in January 2014. They will only resume once the Commission believes its new proposals guarantee, among other things, that the jurisdiction of national courts won't be limited by special regimes for investor-to-state disputes.

This article was originally published by EurActiv.