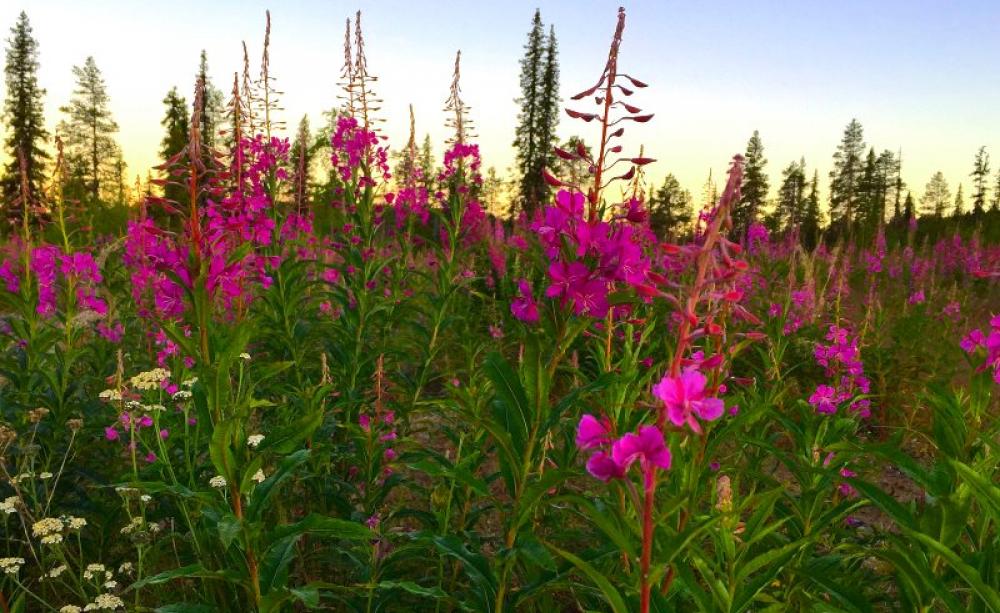 There could hardly be a bigger contrast to the UK, writes Dominic Hinde. Sweden is closing airports and nuclear plants, selling off coal mines, spending billions to cut its greenhouse gas emissions, increasing green spending in developing countries, and is determined to lead by example at COP21 in Paris. Will other nations follow the green trail they are blazing?

2015 is our opportunity, a chance to in dialogue with all the countries of the world change course towards a new development path where we can succeed in generating welfare for all, not at the planet's cost but in cooperation with it.

Sweden's 'Red-Green' coalition Government has just set out an ambitious programme designed to make it an exemplar of climate action at COP21 in Paris this December.

Its autumn budget statement on Monday allocated SEK 4.5 billion next year for infrastructure, technology, and tax reforms aimed at reducing greenhouse gas emissions, while positioning Sweden as a catalyst for global transition.

These are just the latest of a series of environmental measures which include the closure of a Stockholm city airport, with the land going to social housing.

Several nuclear power stations are also scheduled for early closure, including Ringhals reactors 1 and 2 and Oskarshamn 2. This is mainly because the plants are ageing and unprofitable - however no replacements are planned. Instead the plan is to shift to renewable energy.

Speaking to the Swedish Parliament Löfven told the assembled press and politicians "Children should grow up in a toxin-free environment; the precautionary principle, the removal of dangerous substances and the idea that the polluter should pay are the basis of our politics."

These radical ideas and policies follow the election of the coalition government last autumn - and stand in stark contrast to those being pursued in the UK.

One of the first fossil-free welfare states in the world!

"Sweden should be a leading force in climate adaptation", said Finance Minister Magdalena Andersson, in her budget announcement. "By setting ambitious goals, Sweden will take a leading role in the international negotiations on a new climate agreement.

"The Government therefore proposes reforms to meet the challenges of climate change, increase the share of renewable energy and stimulate development of innovative environmental technology. This includes investing in climate financing in developing countries, solar cells and green cars, as well as increased environmental taxes."

Speaking ahead of the government's submission of its budget to the Swedish Parliament, Social Democratic Prime Minister Stefan Löfven and his Green Party coalition allies pledged to invest 390m kronor (£30m) in solar technology a year by 2019. In fact the budget shows this level of spending will be achieved even sooner, in 2017.

They also announced a research and development plan for smart energy networks, and a combined housing and energy package of 1bn SEK (£77m) to renovate and refit housing in areas of social deprivation with climate-friendly technology.

2015 is our opportunity, a chance to in dialogue with all the countries of the world change course towards a new development path where we can succeed in generating welfare for all, not at the planet's cost but in cooperation with it.

In his annual declaration of government, Löfven told journalists, "Sweden will become one of the first fossil-free welfare states in the world."

Welfare for all - in cooperation with the planet

Alongside solar and transport investments Sweden wants to make use of its high domestic biofuel capacity and further develop its innovative environmental technology sector above and beyond European Union targets.

Much of the new investment will be financed by increased taxes on petrol and diesel fuel as part of a market transition strategy. "When European regulations do not go far enough Sweden will lead the way", Löfven added in reference to the Paris climate negotiations.

The Swedish delegation aims to push for a more ambitious settlement than the EU is currently aiming for, including increased development aid to facilitate transition in growing economies. This too is reflected in the budget, with SEK 500m a year allocated for each of the next four years.

Sweden itself already has one of the lowest carbon footprints in Europe from energy production, but its transport and housing emissions still pose a serious barrier to meeting its targets on carbon reduction.

Its previous centre-right coalition government had set targets of a fossil-free transport fleet for both public and private use by 2030 but was set to fall short, whilst the administration strongly opposed the use of green taxes.

Their inaction had even drawn criticism from the Swedish motor industry, who were keen to see upscaling and development incentivised. Transport emissions in Sweden are atypically large as a percentage of overall carbon release due to its sprawling size and low population.

From the 1990s onward Sweden has followed a consistent path of green investment and has become a world leader in energy efficiency technologies. The country was a pioneer of biofuels in transport and combined heat and power generation in housing, as well as having a largely decarbonised railway network.

The latest innovations in Swedish policy have been heavily influenced by Professor Johan Rockström, head of the Stockholm Resilience Centre and a key adviser to the Swedish Prime Minister.

"2015 is our opportunity, a chance to in dialogue with all the countries of the world change course towards a new development path where we can succeed in generating welfare for all, not at the planet's cost but in cooperation with it", commented Rockström of Sweden's role in Paris.

Greens: we can be pretty happy with what we have achieved

In government the Greens have achieved consensus at national and local level on several key issues. Stockholm Bromma Airport, a regional hub catering mostly to domestic and business travelers would close by 2022 under Green plans and its apron developed to tackle Stockholm's chronic affordable housing shortage.

Green Deputy Prime Minister Åsa Romson is an environmental lawyer and was recently instrumental in protecting a vital habitat and groundwater system on the Swedish island of Gotland from mineral prospectors.

"I think we can be pretty happy with what we have achieved", said Magda Rasmusson, a bank bench Green MP who has been vocal about honouring Green election promises.

"This represents a huge sum of money and the Prime Minister's annual statement to Parliament was the greenest ever. As a minority party you always have to negotiate but this is a real step forward. Importantly it will be a Green minister representing Sweden in Paris."

Despite their successes the Greens have come under fire for giving in on a number of key issues such as motorway building and school reform, but the investment package still represents a significant victory for the party.

Last year's Swedish budget was voted down by the anti-immigration and climate-sceptic Sweden Democrats party, leading to a minor constitutional crisis. The government eventually brokered a cross-party agreement to prevent the far right from having influence.

Sweden's ambitious moves stands in sharp contrast to the UK where the Conservative government have slashed investment in renewables and decarbonisation. Deep cuts in support for wind and solar power have had a catastrophic effect on the growth of the industry.

The UK is also pursuing new nuclear power projects, has scaled back investment in sustainable transport, is strongly backing fracking over most of the UK, and is facilitating airport expansion.

This week protestors left 'phantom solar panels' outside of the Department for Energy and Climate Change in Westminster in protest at the UK government's undermining of the solar industry.

The Treasury has also just announced £2bn of taxpayer-supported guarantees for the planned Hinkley C nuclear station in Somerset. The decision was described by Green MP Caroline Lucas as "perverse when the Government is cutting support for cleaner, cheaper alternatives like solar and onshore wind."

Even with the best of intentions, Sweden faces complex challenges on its path to decarbonisation. Swedish companies and its government have significant carbon-heavy interests overseas and its wealth creates a high demand for polluting consumer goods.

But is has shown its determination to tackle the biggest conundrum of all - the state-owned utility Vattenfall, with its enormous lignite coal investments in Germany and elsewhere. The company has just announced its sell off of its German coal mines and coal-fired power plants as it seeking to adjust its energy strategy, for a likely price of about £2 billion.

However the company says it "remains fully committed to its other business operations in Germany, such as district heating, electricity distribution, sales, trading and wind" - in line with the Swedish government's green ambitions.

Critics like Eric Rosen, editor of progressive Swedish website Politism, say that it's not enough for Vattenfall to simply sell off its coal assets - it should close them down altogether and leave the carbon underground:

"Vattenfall's lignite investments produce higher emissions than all of Sweden. If they are sold and the coal does not stay in the ground the government's green ambitions mean very little."

But that was clearly a step too far for the Social Democratic government - if not for its Green coalition partners. At the very least Vattenfall's massive coal 'disinvestment' represents an enormous boost to the movement that just this week recorded $2.6 trillion of fossil fuel free pledges.

Vattenfall is also operates four nuclear sites in Sweden and Germany - and is currently engaged in a $6 billion legal battle with Germany over the forced closure of two nuclear power sites in the north of the country. However both countries are surely now seeking a settlement in order to build a stronger progressive alliance on energy and climate.

In Paris Sweden will once again join forces with its Scandinavian neighbours under the banner of 'The Nordic Way'. The umbrella grouping promotes strategies for sustainable welfare-based growth under a 'green Nordic model'.

The Swedish delegation will attempt to position themselves as an example for other developed countries to follow. But will they be able to project their green message above the cacophony of fossil fuel and nuclear lobbyists?

The fact that Sweden is walking the talk, embarking as its on a radical restructuring both of the Swedish economy and of its principal commercial asset, Vattenfall, can only increase their chances.

Dominic Hinde is a journalist and academic specialising in environment and the Nordic countries.

Additional reporting by The Ecologist.