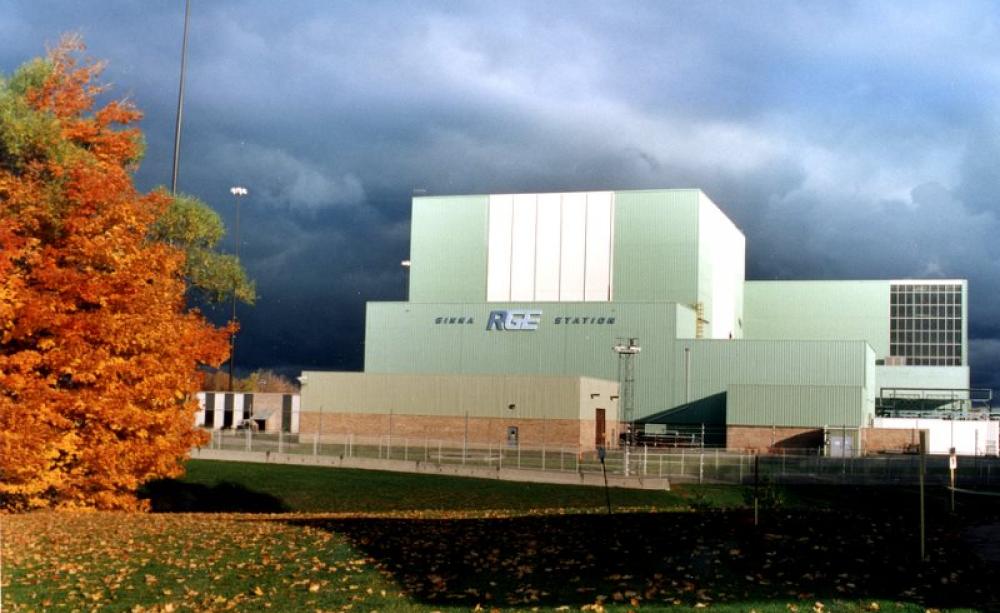 Under the guise of 'clean energy,' the nuclear industry is about to get its hands on our money to save its own profits - at the expense of public health and safety, energy efficiency, renewable energy and the transition to a truly clean energy economy.

The New York State Public Service Commission - in the face of strong opposition - has this week approved a $7.6 billion bailout of aging nuclear power plants in upstate New York which their owners have said are uneconomic to run without government support.

New York Governor Andrew Cuomo - who appoints the members of the PSC - has called for the continued operation of the nuclear plants in order to, he says, save jobs.

The bailout would be part of a 'Clean Energy Standard' advanced by Cuomo. Under it, 50% of electricity used in New York by 2030 would come from "clean and renewable energy sources" - with nuclear power considered clean and renewable.

"Nuclear energy is neither clean nor renewable", testified Pauline Salotti, vice chair of the Green Party of Suffolk County, Long Island at a recent hearing on the plan.

"Without these subsidies, nuclear plants cannot compete with renewable energy and will close", declared a statement by Jessica Azulay, program director of Alliance for a Green Economy, based in upstate Syracuse with a chapter in New York City.

"But under the guise of 'clean energy,' the nuclear industry is about to get its hands on our money in order to save its own profits, at the expense of public health and safety."

Moreover, she emphasized, "Every dollar spent on nuclear subsidies is a dollar out of the pocket of New York's electricity consumers residents, businesses and municipalities" that should instead go towards backing "energy efficiency, renewable energy and a transition to a clean energy economy."

Twice as much money for nuclear as for wind and solar

The 'Clean Energy Standard' earmarks twice as much money for the nuclear power subsidy than it does for renewable energy sources such as solar and wind.

Its claim is that nuclear power is comparable because nuclear plants don't emit carbon or greenhouse gasses the key nuclear industry argument for nuclear plants nationally and worldwide these days because of climate change.

What the industry does not mention, however, is that the 'nuclear cycle' or 'nuclear chain' the full nuclear system is a major contributor to carbon emissions. Numerous statements sent to the New York PSC on the plan pointed to this.

Under the guise of 'clean energy,' the nuclear industry is about to get its hands on our money to save its own profits - at the expense of public health and safety, energy efficiency, renewable energy and the transition to a truly clean energy economy.

"New York no longer needs nuclear power in its energy portfolio, now or in the future. Ten years ago the transition to a renewable energy economy was still a future possibility. Today it is well underway."

"Nuclear power is not carbon-free", wrote Michel Lee, head of the Council on Intelligent Energy & Conservation Policy based in Scarsdale. While the operation of reactors "produces minimal carbon", he said, "every other stage produces prodigious amounts."

"The State of New York and its energy officials have a genuine opportunity to alter the course of history. You have the chance to help direct America and the world towards a more secure and prosperous future ... With vision and resolve, our state can be at the vanguard of a new global energy era."

In opposing the New York nuclear subsidy, Dr. Mark Z. Jacobson, professor of civil and environmental engineering and director of the Atmosphere / Energy Program at Stanford University, wrote in an op-ed in Albany Times Union, the newspaper in the state's capitol, that he was "shocked" by the PSC's "proposal that the lion's share of the Clean Energy Standard funding would be a nuclear bailout."

Allowing the upstate nuclear plants to close now and replace them with equal energy output from offshore wind and solar power "would be cheaper and would create more jobs", he said. The closure of the upstate plants "would jeopardize fewer than 2,000 jobs".

Meanwhile, he added, based on a peer-reviewed study he has completed, "converting New York State to 100 percent clean, renewable energy - which is entirely possible now would create a net of approximately 82,000 good, long-term jobs."

The upstate nuclear power plants to be bailed out under the plan would be FitzPatrick, Nine Mile Point 1 and 2 and Ginna. The money would come over a 12-year period through a surcharge on electric bills paid by residential and industrial customers in New York State.

Cuomo "directed the PSC to create subsides for upstate reactors", reported Tim Knauss of the Post-Standard of Syracuse. "Industry watchers say New York would be the first state to establish nuclear subsidies based on environmental attributes, a benefit typically reserved for renewable energy sources such as wind and solar.

"The 'zero emission credits' would be paid to nuclear plants based on a calculation of the economic value of avoiding greenhouse gas emissions that contribute to climate change."

A model for other states to bail out failing nuclear plants?

Reuters has reported that the nuclear "industry hopes that if New York succeeds, it could pressure other states to adopt similar subsides" for nuclear plants. The headline of the Reuters story: "New York could show the way to rescue U.S. nuclear plants."

The two Indian Point nuclear power plants 26 miles north of New York City are not now included in the plan but it "leaves the door open to subsidies" for them, says Azulay of Alliance for a Green Economy. If they were to be included, he said, the costs of the bailout would rise to "over $10 billion."

Cuomo has called for a shutdown of the Indian Point plants in the densely populated southern portion of the state, although boosting the continued operation of the nuclear plants in less populated upstate.

"Nuclear has a role", he declared at a press conference last month. "Unless we're willing to go back to candles, which would be uncomfortable and inconvenient, we need energy generation."

Still, the consequences of a Fukushima or Chernobyl-level accidents at the upstate plants could have major impacts. In a 1982 report, 'CRAC-2', done at Sandia National Laboratories for the US Nuclear Regulatory Commission, the consequences of a meltdown with breach of containment at every nuclear power plant in the United States were estimated.

The projections for the upstate plants are:

Karl Grossman is professor of journalism at the State University of New York / College at Old Westbury, and the author of 'Cover Up: What You Are Not Supposed to Know About Nuclear Power' and host of the nationally-aired TV program 'EnviroCloseup'.