Trump, carbon neutrality and the next phase of business sustainability 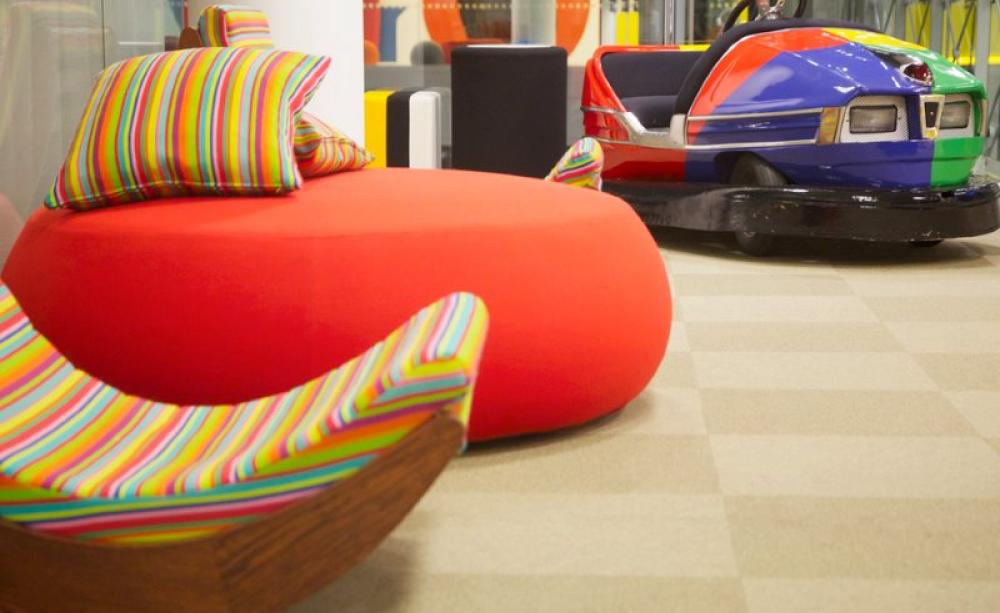 Google's not playing about: its commitment to run its data centres around the world on 100% renewable energy represents a systemic shift. Photo: Google's London offices by Marcin Wichary via Flickr (CC BY).
The President-elect may be determined to lead America down an environmentally damaging path, writes Andrew J. Hoffman. But he may find few in the corporate world, where a growing number of major players are committed to eliminating CO2 emissions and making sustainability a core element of their business systems and supply chains, leading to global green transformation.

The Trump administration appears to be moving in one direction on the issue of climate change with the appointment of climate skeptic Scott Pruitt to head up the Environmental Protection Agency (EPA), and a transition team led by and stacked with fossil fuel interests.

Yet many within corporate America are heading in another direction. Consider Kevin Butt, regional environmental sustainability director for Toyota Motor North America, and his charge to take the company "beyond zero environmental impact" by 2050.

This will include reducing and eventually eliminating CO2 emissions from vehicle operation, manufacturing, materials production and energy sources

This type of effort is not as crazy as it may seem. Solutions to climate change require new types of aggressive thinking. While global treaties to reduce greenhouse gas emissions are important, they are not enough. Eventually society has to go carbon neutral, and then it has to go carbon negative.

The ultimate responsibility for making this shift is falling first and foremost on business. Companies are developing the next buildings we live and work in, the clothes we wear, the food we eat, the forms of mobility we employ and the energy systems that propel them.

While business has been addressing sustainability challenges since the 1990s, and climate change since the 2000s, the focus of this effort is now at an inflection point, as Toyota's 'beyond zero impact' effort shows. Rather than looking to government for solutions, many businesses are taking responsibility for climate change seriously and changing the system on their own.

Over the past quarter-century, companies have framed environmental sustainability as a market shift that fits into the existing ways of managing a business, an approach that we at the Erb Institute call Enterprise Integration. The notion is that key business constituents bring sustainability to the business through existing corporate functions, thereby making it a strategic concern.

For example, Whirlpool is innovating on appliance energy efficiency, not because of corporate social responsibility, but because it has watched energy efficiency move from number 10 or 12 in consumer priorities in the 1980s to number three, behind cost and performance. And it expects those concerns will continue to grow. Similarly, most auto companies are moving into hybrid and electric drivetrains because they see electrification as the future of the sector.

To make the business case, companies turn to traditional sources and motivations. Once insurance companies apply sustainability pressures on the business, the issue becomes one of risk management:

Put in such terms, much of the specific language of sustainability recedes, being replaced by the core language of standard business strategy. As such, companies can remain agnostic about the science of particular issues (such as climate change) but still recognize their importance as business concerns. In doing so, they are turning the false dichotomy between the economy and the environment on its head.

Indeed, recent surveys show that 85% of business executives believe that climate change is real (well above the national average of 64%) and more than 90% of CEOs believe that sustainability in general is important to a company's profits.

This leads more businesses to develop sustainability strategies, create positions like chief sustainability officer to carry them out and publish annual reports on sustainability to track and share the results. This is the first model of business sustainability and it would seem to be setting us on a path to becoming more sustainable. But not so fast.

The world is still getting less sustainable

As promising as these developments are, our world continues to become less, not more, sustainable, and the nature of the problems we face are markedly different than they were in the 1990s. To mark this shift, scientists have proposed that we have left the Holocene and entered the Anthropocene, a new geologic epoch that acknowledges that humans are now a significant operating force within the Earth's ecosystems.

Recognition of the Anthropocene has broad implications for how we think about business sustainability. Rather than fitting sustainability into the existing models of the market, we must now recognize that the market is taking control of natural systems with potentially catastrophic consequences.

Climate change, ozone depletion, droughts, wildfires, food insecurity, water scarcity and the social unrest that results all point to a fundamental system failure created by our market (and political) institutions.

As a result, the first phase of business sustainability – integrating these practices within core corporate functions – is inadequate for the scope of the issues we now face. Using this model, we are slowing the velocity at which we are approaching a system collapse, but we are not averting that eventual outcome. A new model of thinking is emerging.

The next mode of business sustainability, which we call market transformation, involves corporations making systemic changes in the business environment. It sees the corporation as a positive force in society, ameliorating our legacy of harm and mitigating the impacts from a global population expected to reach nine billion by 2050.

We can already see some of the elements of this shift coming into view. Here are some core tenets of this change to creating sustainability:

This is different from the Reagan years

These are just some of the emergent notions of a new framework for corporate sustainability. Companies are altering the systems in which they operate, driving entire industries toward a set of market rules that bring us toward a sustainable future.

So, while President-elect Trump's approach to the EPA bears similarities to President Reagan's attempts to roll back environmental regulations in the 1980s, and likely faces a similar backlash, there is one big difference. Some of that backlash will come from businesses who are leading on greenhouse gas reductions and renewable energy and not fighting government-led environmental policies as they did in the 1980s.

To get a sense of the shifting economic landscape, jobs in the clean energy sector exceeded those in oil drilling for the first time in 2016 and continue to grow. Indeed, many within these and other sectors are already pushing back on Trump's dismissal of climate change and continuing with strategies of their own.

They will do this with, or without, the cooperation of governments and their political shifts back and forth on these critical issues. For example, Toyota, in its effort to go carbon-neutral, must think systemically and include many partners, just as Tesla is doing as it challenges the calculus for electric cars sector-wide.

To enact system-wide change, companies are also working with governments to phase out heat-trapping HFC chemicals, set new efficiency standards on trucks, establish transparency rules on conflict minerals or participate in negotiations on a global climate change agreement. Examples of companies doing it on their own include changes in the supply chain on rubber or the reduction (even elimination) of antibiotics in chicken.

In each of these cases, companies are stepping into, in the words of Unilever CEO Paul Polman, "a very interesting period in history where the responsible business world is running ahead of the politicians" and taking on a broader role to "serve society".

Andrew J. Hoffman is Holcim (US) Professor at the Ross School of Business and Education Director at the Graham Sustainability Institute, University of Michigan