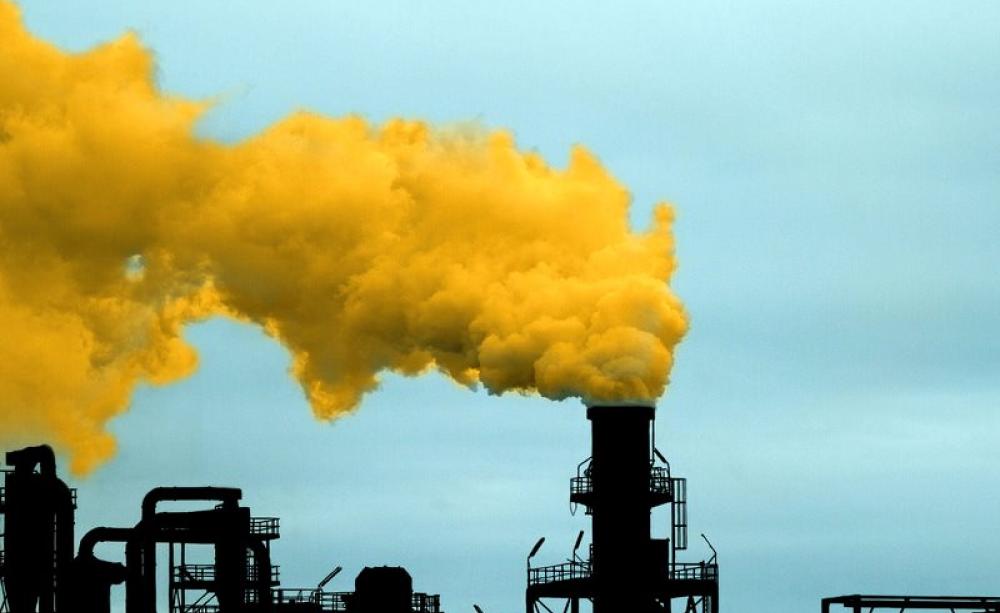 Factory in Perafita, Porto, Portugal. Photo: José Moutinho via Flickr (CC BY).
The mass poisoning of farm animals in Kent in 1963 was traced to a factory where a pesticide developed as a WWII chemical warfare agent was manufactured, writes John Clark. The event, so close to the publication of Rachel Carson's 'Silent Spring', galvanised a growing ecological awareness - all the more so as the government's only wish was to hush the matter up.

The two world wars fostered a massive growth of the chemical industry, and fluoroacetamide was a pesticide that arose from the search for lethal chemical weapons. After the war it was approved for use as a poison for use against rodents and insects.

Today we take for granted an awareness of environmental matters, but this was not always the case.

It could be said that in Britain there was a moment when that environmental consciousness arrived.

When in 1963 some farm animals in the parish of Smarden in Kent became sick and died, suspicions fell on a nearby pesticide factory run by a division of Rentokil Laboratories.

The events that followed amounted to one of the first environmental scandals in contemporary British history - one that would galvanise the environmental movement.

It became clear that the factory, a large shed in the middle of farmland, was manufacturing toxic chemicals and that a leak of one of these, fluoroacetamide, led to Britain's first documented livestock mass poisoning.

The incident might have passed by as only a historical footnote, but instead the Smarden leak quickly became a national concern with international implications, and has cast a long shadow across the approach to intensive agriculture in the UK in the years since.

Part of why this incident had such major repercussions is due to timing, coming as it did at the same time as American writer Rachel Carson's Silent Spring was first published in the UK. Seen as the first polemic of the environmental movement, Carson's book was a significant catalyst to the emergence of modern environmentalism on both sides of the Atlantic.

Taking his cue from Carson, Good disseminated what he called a 'short story' about the incident to the press, putting across the Smarden incident as not simply a local industrial waste spill, but as deadly evidence of the pervasiveness of toxic pesticides in the environment.

Acknowledging his inspiration, Good concluded his narrative by declaring that the "subject of Rachel Carson's book Silent Spring had become a reality here in the heart of the Garden of England."

The media placed the Smarden incident within a Carson-inspired ecological critique of the dangers of an intensive, industrial approach to agriculture. Good, like Carson, was a trained scientist. Like her, he raised concerns about technocracy - governmental administration underpinned by scientific and technological expertise.

The two world wars fostered a massive growth of the chemical industry, and fluoroacetamide was a pesticide that arose from the search for lethal chemical weapons. After the war it was approved for use as a poison for use against rodents and insects.

As the Smarden incident unfolded, it highlighted the risks and hazards which accompanied the government's commitment to industrial development. Tensions arose between veterinarians, government scientists, local government, media, and business interests.

The two world wars fostered a massive growth of the chemical industry, and fluoroacetamide was a pesticide that arose from the search for lethal chemical weapons. After the war it was approved for use as a poison for use against rodents and insects - it was not uncommon for the science, technology, institutions, and language of chemical warfare to be redirected to the problem of agricultural pest control during peacetime.

But by the time of the Smarden incident in the early 1960s, the origin of these chemicals was seen as damning evidence of the perniciousness of the military-industrial complex and its impact on the environment.

Another case of fluoroacetamide poisonings, in Merthyr Tydfil, Wales, came to light in September 1963, in which contaminated pet food resulted in the death of 75 to 100 dogs and cats - effectively shifting fears from remote farmers' fields into people's homes. When the cows, dogs and guinea pigs used as subjects to test the extent of the environmental damage died, those fears grew.

The government was consistently reluctant to inform the public about the strong circumstantial evidence of fluoroactemide poisoning. Declaring it a one-off industrial accident, the government avoided discussion of the actual widespread use of these chemicals as pesticides.

But the death of further animals and a suspected case of human poisoning forced the government's hand: on February 7, 1964, fluoroacetamide was banned as an insecticide. The government announced that 1,800 tonnes of polluted soil from the factory site would be removed and dumped at sea.

Even so, the Ministry of Agriculture, Fisheries and Food did not permit farmers to use land around the site of the spill until March 1965, when government scientists found no traces of fluoroacetamide.

Much like persistent pesticides, the Smarden incident lingered in people's memories as a cautionary tale about science, government, and the industrialisation of agriculture. These memories resurfaced when in 1985 farmers at Smarden discovered the first case of bovine spongiform encephalopathy (BSE) in Kent and a number of further cases followed.

Twelve years later, a perceived cluster of cases of new variant Creutzfeldt-Jakob Disease (vCJD) in the Smarden area led to speculation that this human form of BSE was caused by excessive exposure to pesticides. Reports in the press suggested that the residents of Smarden suspected the incident had been some sort of government-controlled experiment and subsequent cover-up which had produced BSE.

While vCJD was subsequently tied to the practice of feeding cows meal containing infected cows' meat, bone and brain matter, these environmental controversies ultimately made disputes among experts publicly visible, and this caused a significant change in the public's perceptions of science.

Smarden and its legacy drove the emergence of modern environmentalism in Britain, through a confluence of a concern for public health and animal welfare, the desire to conserve the countryside, and an emergent ecological approach - such as advanced by the Soil Association, founded in 1946.

It also revealed the tension caused by conflicts between what we would now call environmentalism and scientific expertise in a modern world that now routinely deploys potentially life and planet-threatening technology.

New activist movements have helped make contested expertise publicly visible, and this has contributed to an erosion of trust in traditional professions and in public authorities.