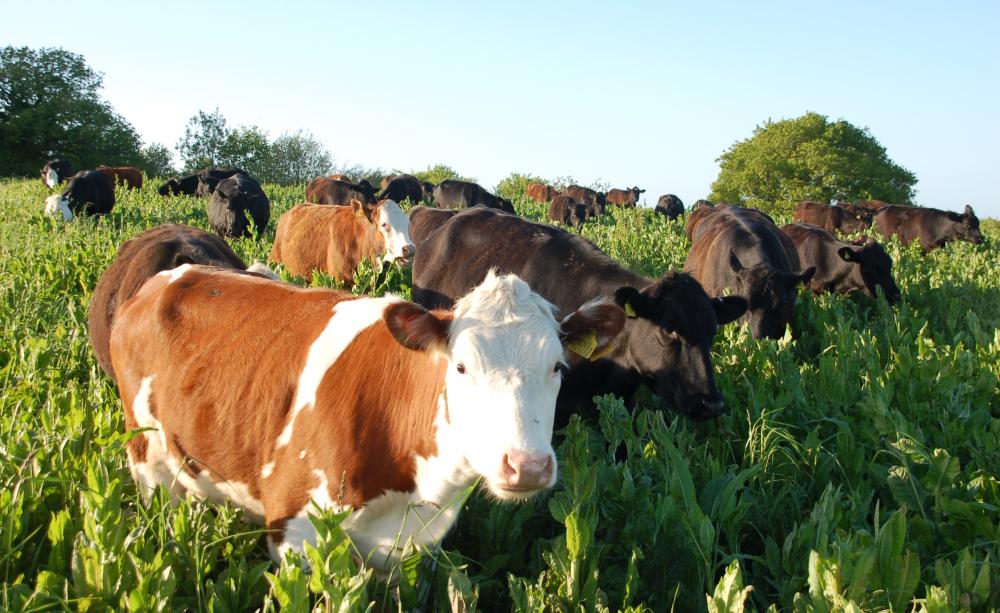 The new A Pebble in the Pond report indicates that EU subsidies granted since 1973 have “contributed to a dramatic decline in nature on farmland - land that covers three quarters of England
Leaving the EU provides a "once in a lifetime opportunity" for England to change the way its land is managed so that nature, the environment, and society are better off according to a new report by the UK charity People Need Nature which is published to coincide with this week's Oxford Real Farming Conference. KATHRYN HINDESS reports

While the dairy farm sector is in crisis, supermarket profits measure collectively in billions of pounds a year

The new report - entitled A Pebble in the Pond - paints a damning picture of the current state of land management in England, typified by uncapped subsidies, a lack of transparency in how public funds are spent and a food pricing system skewed in the favour of supermarkets.

A Pebble in the Pond indicates that EU subsidies granted since 1973 have "contributed to a dramatic decline in nature on farmland - land that covers three quarters of England."

Under the EU Common Agricultural Policy, farmers in the UK receive subsidies totalling £3-4 billion per year (fluctuating depending on the exchange rate between the pound and euro). Around 75% of farm subsidies are paid to landowners "without any obligation to manage the land with nature in mind, as long as they work within the system of rules known as Cross Compliance."

The report's author, UK conservationist Miles King, is scathing in his criticism of this system: "Cross compliance has failed to protect the environment from activities such as farm slurry entering rivers and killing wildlife, or soil being washed from maize stubble fields and contributing to downstream flooding."

King argues that Brexit delivers the impetus to make far-reaching changes to the current farming industry in England, such as redirecting subsidies to support small-scale, sustainable farming and creating well-designed, agri-environment schemes "guaranteed for 25 or 50 years".

He also imagines the introduction of a separate fund for the protection and management of any land which supports significant archaeology, history, landscape and wildlife. "All of the land, which is valuable enough to be designated as SSSI or as a Scheduled Ancient Monument, should now be designated."

"The public should be able to see very clearly where their support is going, who is receiving it, and for what." he says.

"‘Leave' campaigners urged votes to ‘take back control of your country'. ‘Taking back control' must mean, at minimum, knowing who actually owns our country, and what they're paid to actually farm and manage it." says Shrubsole.

"Opening up all this data could be done immediately, long before Brexit is implemented." he recommends.

So too, could reframing the way that consumers think about the food they buy. "UK consumers spend the lowest proportion of their income on food, out of all the countries of Europe - 15% less than the European average." says King, adding that, "While the dairy farm sector is in crisis, supermarket profits measure collectively in billions of pounds a year."

One of his suggestions is small-scale, grassroots projects that begin in schools: "If more schools took part in food-production, had their own allotments, for example, then they could help children understand the link between food production and nature."

A Pebble in the Pond comes at a time when Brexit, the gyrations of the pound, the similarly fluctuating opinions of politicians, and predictions concerning the bargaining game of trade negotiations are still dominating the headlines.

King urges the general public, as well as policy-makers and politicians, to capitalise fully on Brexit while they still can: "We can and should take this opportunity to change the farm support system, or simply let it slip by. It's up to all of us to decide".