Badgered to Death? Now MPs have no excuse for ignorance 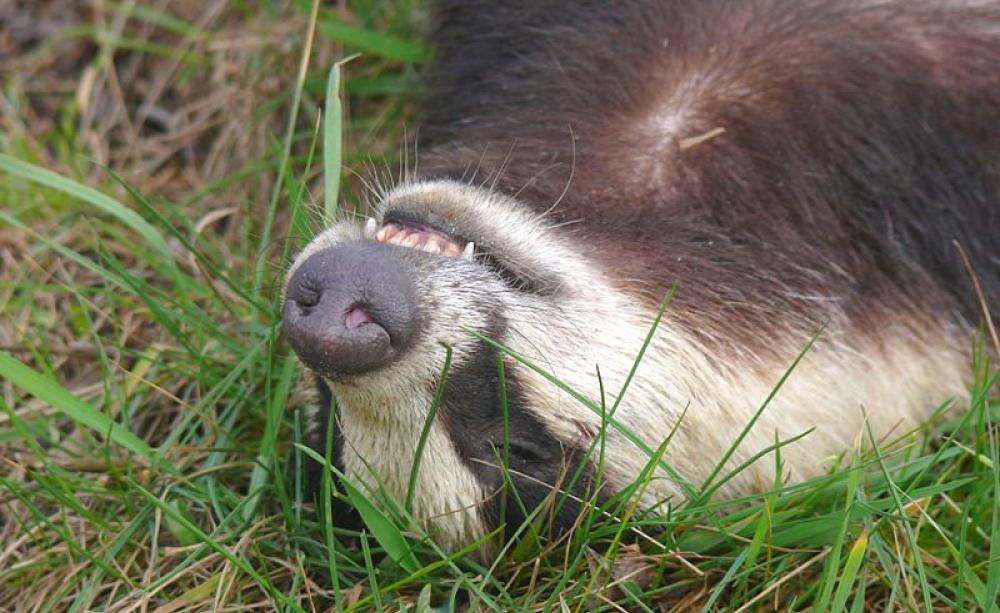 Badgered to death? Photo: Andrew Gray via Wikimedia Commons (CC BY-SA).
The badger cull is a clear failure on scientific, cost and humanity grounds, writes Dominic Dyer. Yet the government is planning a major extension of the cull in 2017. That's why he has just sent a copy of his acclaimed book to every British MP, before they debate the issue next week. Write to yours now demanding an end to the slaughter!

This year we could see over 20,000 badgers killed and this figure could rise to well over 100,000 by 2020. This widespread destruction could result in the extinction of badgers from wide areas of England.

In the 46 years since I was born, Britain has become one of the most nature depleted countries in the world.

More than one in ten of our native species are now threatened with extinction and many others have seen their populations plummet by two thirds since 1970.

Deforestation, industrial farming, building development and climate change are having a hugely destructive impact on wildlife habitats across the nation.

The fate of the badger has become a lightning rod issue about the future of our green and pleasant land and the wildlife that inhabits it.

In Britain today despite being a protected species, thousands of badgers are illegally snared, gassed, shot, baited with dogs or have their setts destroyed. If this tidal wave of cruelty and destruction was not enough, the badger has now also become a political pawn in the future of our livestock and dairy industry.

Over the past four years over £40 million of public money has been spent killing just under 15,000 badgers in England in an attempt to lower bovine TB in cattle. None of the badgers killed have been tested for TB. (Why not? That's a story in itself, but maybe those who decided preferred not to know how few badgers were infected.)

Many have taken over five minutes to die of multiple bullet wounds, blood loss and organ failure, as the result of a free shooting method which is considered cruel and ineffective by the government's independent expert panel and the British Veterinary Association.

Where is the evidence?

Despite this huge destruction of a protected species, the government has provided no evidence to prove that killing badgers is having any impact on lowering bovine TB in or around the badger cull zones.

They also refuse to accept a growing mountain of scientific research, which indicates that badgers largely avoid any interaction with cattle in pasture areas or farm yards and that it is very difficult for a badger to transmit bovine TB to a cow.

I wrote Badgered to Death to shed light on the incompetence, negligence and deceit at the heart of the badger cull policy. Its tells the story of disastrous mistakes in livestock disease control policy, the manipulation of science for political purposes and the danger of demonising wild animals for short term political and economic interests.

The book is also a story about the caring compassionate British public who have taken the campaign to protect the badger to the streets of our towns and cities into the fields and to the steps of the High Court.

Since the book was published in August 2016, it has become one of the best selling wildlife books in Britain. I have travelled the length and breadth of the country talking to hundreds of people about the important issues it raises, from schools and colleges, to conferences, exhibitions and book shops.

This year we could see over 20,000 badgers killed and this figure could rise to well over 100,000 by 2020. This widespread destruction could result in the extinction of badgers from wide areas of England.

Wherever I go, I encounter people of all ages and backgrounds who are united by a common anger and despair over how the badger is being killed for no scientific or animal welfare justification and what this means for the future of our wildlife and countryside.

A copy for every MP in Westminster

When I approached my publisher with the idea of launching a crowd fund to send a copy of Badgered to Death to every MP ahead of the Westminster Hall debate on the badger cull policy on the 27th March, he was very sceptical about being able to raise the £4,000 needed in the three week period before the debate

I had no such doubts - and within five days all the money needed had been raised as a result of the generous support of hundreds of wildlife protectors across the country.

Despite the badger cull policy being a clear failure on scientific, cost and humaneness grounds the government is planning a major extension of the policy in 2017. This year we could see over 20,000 badgers killed and this figure could rise to well over 100,000 by 2020. This widespread destruction could result in extinction of badgers from broad areas of England where they have lived for thousands of years.

As every MP from the Prime Minister down now receives a copy of Badgered to Death, I will leave the last word on this issue to one of the nation's leading naturalists and wildlife broadcasters, Chris Packham, who wrote the foreword:

"The book you have in your hands is evidence. Factual evidence that this cull is inhumane, ineffective, unscientific and expensive. What we finally and urgently need is an evidence-based decision - not a another fallacious political one.

"History will judge you on this so please use the facts to demonstrate to your grandchildren that you understood and cared for the health and wellbeing of our countryside and its wildlife."

Dominic Dyer is CEO of the Badger Trust and Policy Adviser to the Born Free Foundation and author of 'Badgered to Death The People and Politics of the Badger Cull'.

Action: MPs are debating the badger cull in a week's time on 27th March. Please write to your MP very soon to draw their attention to the copy of Badgered to Death they have received, and ask them to read it and act on the irrefutable scientific evidence it presents.

Event: Dominic will be speaking about writing the book and the politics of wildlife protection at home and abroad with Mark Jones from the Born Free Foundation at the Capitol Theatre in Horsham on Thursday 23 March at 7.30pm. Booking details.