Glyphosate: let's get off the pesticide treadmill 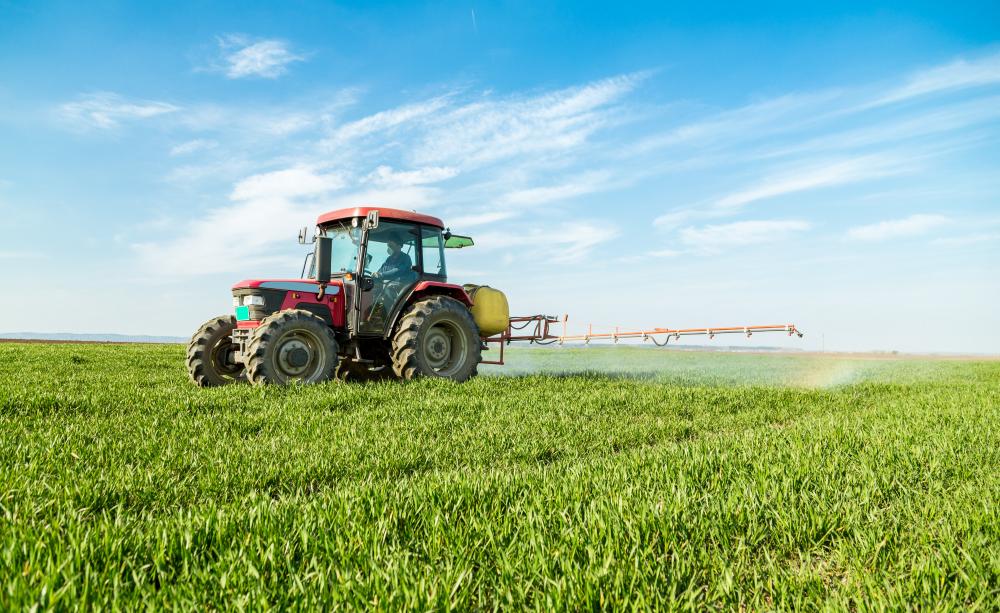 Soil Association
Soil Association
Enough of the quick fixes, the sticking plasters that scarcely cover the wound. What farmers need now is help to get off the treadmill, and that requires a wholesale rethink of our food and farming systems - argues HELEN BROWNING

With the right carrots and sticks, we could transition our food system over the next decade to one which works with and for nature, provides a fair living for producers, and supports a healthy, affordable diet for citizens.

If there’s one thing I’ve had the occasional guilty longing for over the course of my organic farming career, it is the odd squirt of glyphosate.

It could save so much time and effort, whether destroying pernicious weeds like couch, stopping grass shorting out electric fences in our pig field or helping young trees establish.

And like virtually all farmers, I had been convinced it was safe - safe enough to drink, as everyone would regularly say. Of course, organic farmers can’t use it, but there have been moments when I’ve wished we could!

So I was as taken aback as anyone by the decision in 2015 of the International Agency for Research on Cancer, the World Health Organisation's cancer agency, which found glyphosate to be a probable carcinogen.

Then this week we’ve seen a landmark case in the US which ruled that not only did Monsanto’s weed killer cause a man’s terminal cancer, but that the company knew its glyphosate products could be dangerous.

Monsanto has argued strongly against the jury’s decision, and there is surprisingly little research into the impacts of the chemical, especially when combined with the other ingredients in these weedkillers.

Whatever your view, there is no doubt that the case is mounting against glyphosate and questions are increasingly being raised over pesticides in general, particularly their impact on soil and wildlife.

Over the last 60 years the pattern has been the same.

A new chemical group is launched on the world, marketed as the solution to all our farming woes, then the doubts start to creep in, the evidence of human health and/or environmental damage builds, cautionary voices clash with practical farmers who feel their livelihoods are threatened, and finally the chemical is banned.

From DDT, to the organochlorines, then the organophosphates, the neonicotinoids, and now the ‘so safe you can drink it’ glyphosate - the same lifecycle plays out.

To add insult to injury, even those chemicals still allowed are failing. Farmers are struggling to control blackgrass, how-ever often they spray, and starting to recognise that other methods need to be employed if they are to protect their crops.

The water companies are spending a fortune trying to strip the slug killer metaldehyde out of our drinking water, the cost of which is ultimately passed onto consumers.

New genetic technologies like GM have been sold on the basis that they will allow us to reduce pesticide use, but the experience of farmers in countries where GM is allowed is that short term gain soon reverses into resistant ‘superweeds’ and the need for ever more powerful pesticides.

Food without pesticides is perfectly possible

Enough of the quick fixes, the sticking plasters that scarcely cover the wound. What farmers need now is help to get off the treadmill, and that requires a wholesale rethink of our food and farming systems.

Producing plentiful, high quality food without pesticides is perfectly possible, as organic farmers worldwide demonstrate, but under our current economic model it costs more to do so; pesticides don’t carry the costs they incur, while labour is expensive.

Ecological approaches require diversity which is more management intensive, demanding skills and knowledge which many farmers don’t have, and investment is often needed too.

This is the perfect moment to rethink our food and farming system, as we prepare to exit the EU’s Common Agricultural Policy.

The Soil Association has long campaigned for a stop to spraying glyphosate on crops at harvest time and to it use in parks and gardens, and for a thorough rethink of pesticide regulations.

We can support farmers to move away from pesticides, and invest in the research and development that is required to tackle the challenges that even successful organic producers face.

Government has committed to target public funding on the ‘public goods’ that benefit the whole of society but which farmers are not rewarded for, such as carbon sequestration, reversing wildlife declines, and cutting antibiotic use.

With the right (organic) carrots and sticks, we could transition our food system over the next decade to one which works with and for nature, provides a fair living for producers, and supports a healthy, affordable diet for citizens.

Helen Browning is an organic farmer and business owner. She is Chief Executive of the Soil Association and a member of the Food Ethics Council.