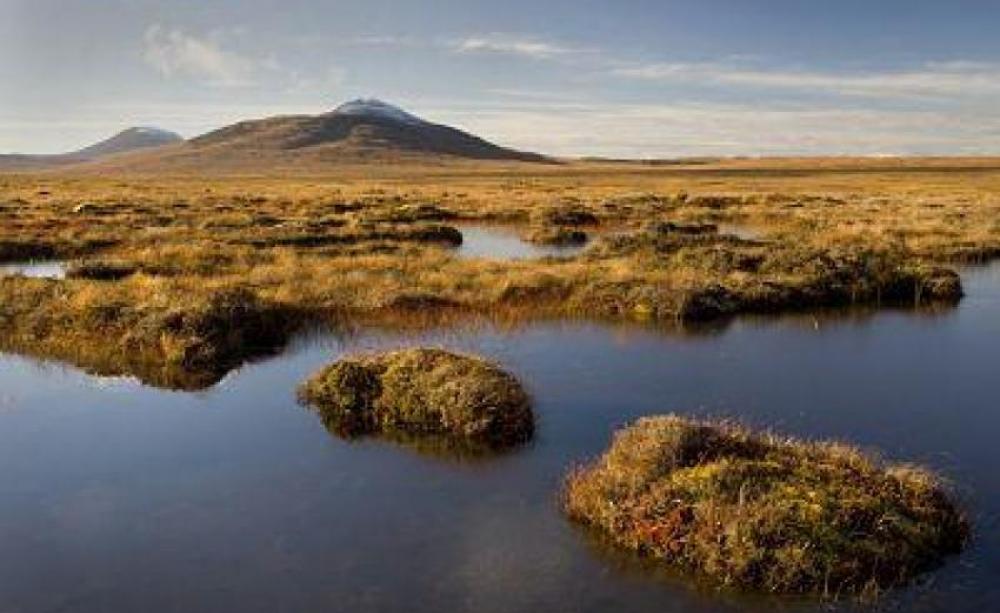 IUCN
RSPB
Europe must learn from Indonesia's restoration of its peatlands if we are to cut agricultural carbon emissions.

Fires on peatlands in distant Indonesia and Malaysia turned the already noxious Bangkok air into a filthy brown soup each year. I lived in Bangkok two decades ago when these fires were an annual feature. Now this looks like one of the early signs that we have trashed this planet.

I remember heading one day down Surawong Road into a viciously crimson sun in a sea of faeces-brown air, thinking that this was what the apocalypse looks like.

So I was particularly pleased last week to hear a German expert commenting on Indonesia’s policies today, at a wide-ranging session on peatlands at the climate talks in Katowice.

Professor Hans Joosten from the Greifswald Mire Centre said that Indonesia’s plans to “rewet” two million hectares of peatland were a beacon of good practice: “Germany and the rest of the EU could learn from them.”

Diana Kopansky from UN Environment added that Indonesia had not only passed strong legislation defending peatlands that remained in pristine condition, but that it's environment minister (Siti Nurbaya Bakar) was vigorously using that legislation to defend them.

It was a rare piece of good news in a session that set out the climate change impacts of human destruction of organic soils, and also the extreme depletion of nature on fragile lands that were once so rich in animals and plants.

We heard from Professor Mark Reed from Newcastle University of how the UK has lost 94 percent of its lowland raised bogs, while Dr Wiktor Kotowski from Warsaw University outlined how Poland had seen 84 percent of its mires drained, a vast area of 1.5 million hectares once similarly rich.

Even the richest of what’s left in Poland - such as the Rospuda Fen - has had to be defended by extraordinary efforts from environmentalists, while frantic efforts are being made to save threatened species like the beautiful aquatic warbler, whose stronghold is the Biebrza marshes in Poland’s east.

These lands emit more than 20 tonnes of carbon per hectare per year, as the soils dry out and degrade. Across the EU, 30 percent of agricultural emissions come from peatland, with the Union the second-largest source of peatland emissions after Indonesia.

Yet these are soils that are often productive for a few years, before turning sour fast. Often then they are abandoned as wasteland, continuing to emit carbon even when no longer used for farming.

Professor Joosten said: “As the soil dries out nutrients are released from the organic matter, but then you lose the potassium, then the phosphorus, you get drought problems. For the long term it doesn’t make sense to drain peatlands”.

He added that not all of that land can be returned to pristine natural mire. What’s needed is a transformation of agriculture: “We only have dry farming because the technologies we still rely on were developed in the Middle East millennia ago. We have to learn to farm wet land.”

Despite the damage this is causing, only half of national offers of National Determined Contributions (NDCs – what each country proposed at Paris for cutting its carbon emissions) include measures to save and restore peatlands, the session heard. Important contributors to that include Indonesia, Iceland and the EU, but the list also includes Afghanistan, not, as one speaker noted drily, particularly known for its peatlands.

Then there’s the nightmare that made everyone in the room turn pale when it was mentioned: the recently discovered massive peatlands in Congo, which lock in 30 billion tonnes of carbon. Lose a significant slice of them, and it is game over for the climate.

On that kind of scale, the UK’s issues look small, but they’re certainly not in terms of our share of carbon emissions.

Dr Reed pointed out that the Saddleworth Moor Fire near Manchester this year had been calculated to have released 273,000 tonnes of CO2 into the atmosphere, the equivalent of 1.2 million flights from London to Katowice.

That was a reminder that arable farming isn’t the only land use that is deeply problematic, indeed I’d say utterly indefensible. None of our few remaining pristine upland bogs in the UK should be managed for the so-called “sport” of driven grouse shooting (not to mention the downstream flooding impacts, and the mass animal slaughter also associated with it). The Saddleworth Fire corresponded very closely with such management.

Indeed, when you look at what damage has been done around the world, and how little is left of these wonderful environments, it’s hard not to draw the conclusion that what we need is a global ban on any further destruction of peatlands that remain in anything like a natural condition.

As Professor Joosten pointed out, drying out these lands is incredibly wasteful of our planet's resources. It also risks so many species already struggling to survive on this human-wracked planet, and adds significantly to carbon emissions just as the IPCC tells us we have absolutely no alternative but to slash them.

Natalie Bennett is a member of Sheffield Green Party and former Green Party leader. She is at COP with the Global Economics Institute. If you are interested in following these issues, panellists recommended the Global Peatlands Initiative.