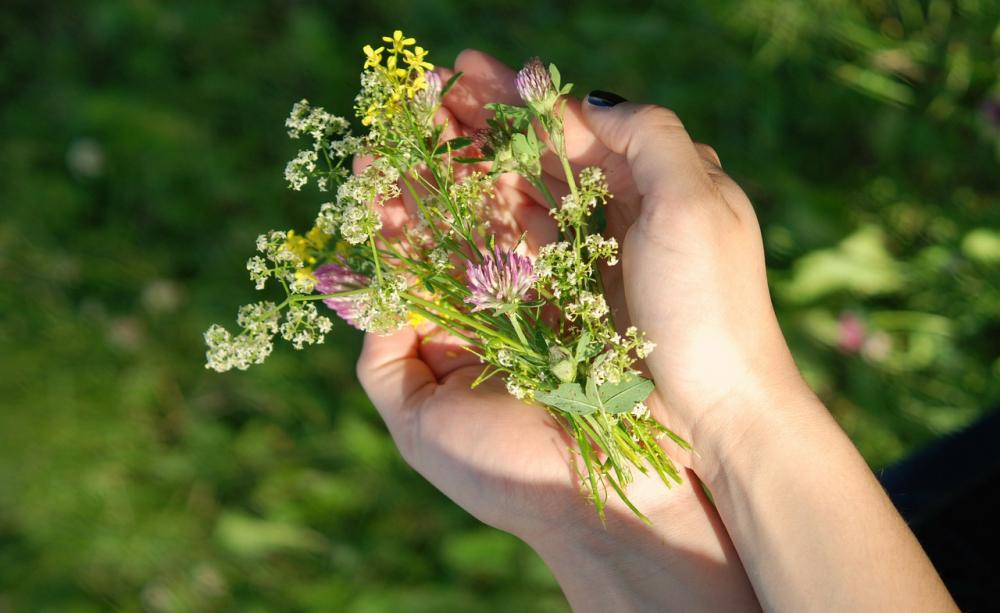 Have you ever thought of yourself as a walking ecosystem, comprising trillions of symbiotic microorganisms, openly interacting with the wider environment through a variety of complex microscopic pathways and mechanisms?

Jake Robinson, Jacob Mills and Dr Martin Breed discuss this in their journal article on the environment-microbiome-health axis, recently published in MDPI Challenges.

They believe that interacting with natural environments – particularly biodiverse environments – is integral to human health. This is attributed partly to the potential of health-inducing interactions with diverse assemblages of microorganisms in the environment.

These microorganisms are thought to have immunoregulatory effects as well as other functional roles in our bodies or our ‘walking ecosystems’.

One line of thinking that has gathered momentum in recent times, is that each human being is a dynamic ecosystem, supporting trillions of microbes that provide mutualistic functions. That is, we are Holobionts, from 'holo' – a derivative of the Greek word for whole, and 'biont' for living.

Robinson, Mills and Breed say this concept can be difficult to embrace due to the biological phenomenon of consciousness being steeped in intrinsic complexities, and that it is perhaps easier to view ourselves as an individual of a species.

However, they argue that taking an ecological view of the human body has the potential to enhance personal and planetary health.

As natural habitats are degraded and environments are polluted, ecological stability and resilience is often reduced, leading to a loss of trophic and genetic diversity, and shifts in ecological communities - sometimes to a state of ecological collapse.

The authors argue that the same concept applies to the human body ecosystem. This is supported by a number of studies reporting positive health outcomes associated with higher microbial diversity such as reduced atopic sensitivity and favourable mental health.

In addition to several important functional roles, “it is thought that a diverse assemblage of microbiota in the gut and on the skin, provides health benefits by outcompeting pathogenic microbiota. This is analogous to native macroscopic vegetation resisting the potentially deleterious impacts of invasive species in, for example, a forest with high compositional and structural diversity”.

The authors also point out that scientists are now discovering that complex processes within the human body are partially, if not predominantly influenced by microbial inhabitants.

For example, researchers now believe that a bidirectional communication network exists between the nervous system and the microbiome within the human gut—that is, microbiota in the gut are communicating with the brain and vice versa.

It is becoming widely recognised that humans are spending less time in biodiverse environments, and less time interacting with nature. This reduced exposure to biodiversity has been linked to a wide range of chronic health conditions such as inflammatory bowel disease, obesity, asthma and diabetes.

This is supported by several hypotheses such as the Old Friends Hypothesis first posited by Rook (2003), and the Biodiversity Hypothesis, which highlight the importance of interacting with a diversity of microbiota.

The authors of 'Walking Ecosystems' discuss a number of solutions to the health implications of reduced biodiversity. These include microbiome rewilding through microbiome-inspired green infrastructure (MIGI), and prescribing ‘doses of nature’.

The microbiome rewilding hypothesis “posits that ecological restoration of urban green spaces can rewild urban spaces to a health-promoting habitat, where urban lifestyles can become interconnected with greater biodiversity.

"Importantly, this type of interconnected lifestyle comes with a rich exposure to diverse microbiota and the associated health benefits common to traditional and agricultural communities”. The authors also state that “MIGI is a collective term for living, multifunctional green spaces that are designed and manipulated to generate health-inducing microbial interactions” in urban areas.

There are thought to be many opportunities to design MIGI and generate the benefits of microbiome rewilding.

For example, strategies to promote urban foraging through harvesting street trees to community gardening could enhance one’s interactions with the environmental microbiome. The authors state that a single species of bacteria – Mycobacterium vaccae, a common soil microorganism, has been shown to positively influence cognition, behaviour and immunity in animal models, and could enhance one’s coping response to stress.

They call for a concerted research effort to further understand the health benefits of exposure to different microbial communities and species, stating that “this speaks volumes for the potential of the other estimated ~1 × 105 genera of bacteria and archaea on the planet, of which only ~11,000 species have been classified.

Furthermore, it is thought that plant communities could potentially be manipulated in urban areas to enhance beneficial microbial interactions.

The authors suggest that “genotype-dependent associations between plants and the microbiome could be used to target and establish optimal MIGI dynamics, and careful selection processes may play important roles in the design, implementation and effectiveness of MIGI in the future”.

Another interesting strategy proposed by the authors of 'Walking Ecosystems' is the notion of prescribing ‘doses of nature’ to enhance human health.

Green prescriptions are also known as nature-based health interventions and “work on the premise that exposure to, and interactions with natural environments bring variable degrees of health benefits, which can be prescribed and monitored over time”.

The authors go on to say that although more research is needed to understand which types and durations of nature-engagement benefit whom, green prescriptions hold great promise as a co-beneficial strategy to enhance public health and the health of the environment.

For example, “green prescribing activities can include biodiversity conservation, and as such, patients could potentially help to conserve and restore habitats and rewild the microbiome, whilst simultaneously benefiting from a variety of health-inducing interactions”.

An interesting end to this paper is the call to aspire to a new epoch, based on taking a symbiotic and holistic approach to the way we live. This is called the Symbiocene – first coined by the Australian eco-philosopher Glen Albrecht.

You can read the full open-access journal article here.

To find out more about the Healthy Urban Microbiome Initiative (HUMI) here.

Brendan Montague is editor of The Ecologist. This article is based on a press release from Jake Robinson.