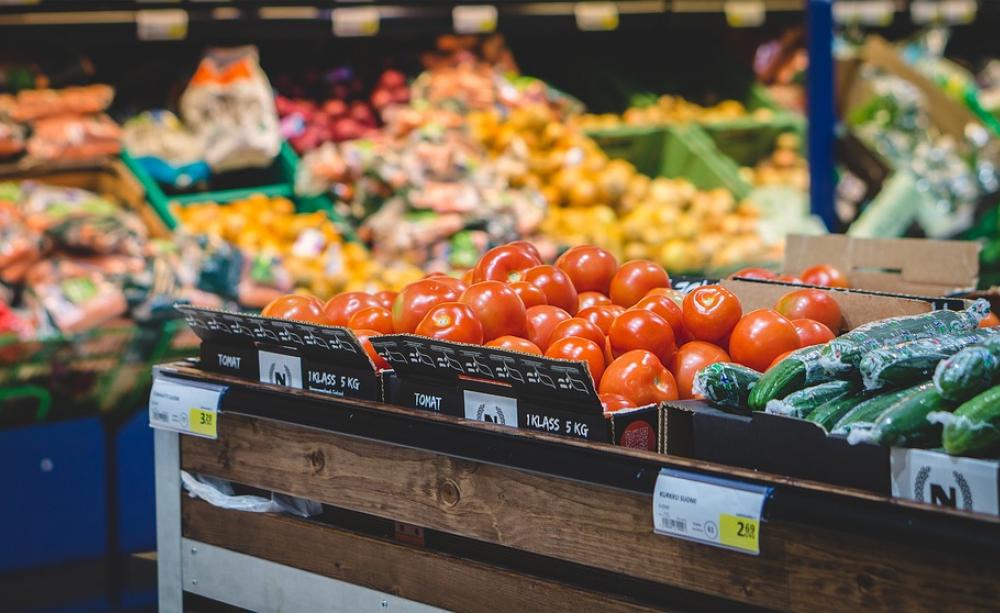 Shoppers at Amsterdam's Ezoplaza today have the pick of more than 700 plastic free products.

A huge breadth of plastic-free products are included in the pilot, ranging from meat and dairy to fresh fruit and vegetables.

Amsterdam has never been afraid to embrace bold new visions of the future. The world’s first stock exchange was established in the city in 1602, heralding the Dutch capital’s transformation from a regional market town into a dominant financial centre.

In 2001 the world’s first same-sex marriage took place in the city, and in 2016 Amsterdam was the setting for the testing of the world’s first driverless passenger bus in a move that could revolutionise urban public transport.

Yesterday, Amsterdam heralded a new world-first that is set to change the face of global food and drink retail forever. The world's first plastic free aisle was today unveiled in a supermarket in the city.

The aisle sits within a completely new metro-sized pilot store of the Dutch supermarket chain Ekoplaza.

Showcasing more than 700 plastic-free products, the launch of the aisle represents a seminal moment for the burgeoning global movement against unfettered plastic pollution.

Shoppers visiting the Ekoplaza store on Jan Pieter Heijestraat in the Dutch capital’s Oud-West neighborhood today are being offered a glimpse of a radically-greener future for food and drink retail.

A huge breadth of plastic-free products are included in the pilot, ranging from meat and dairy to fresh fruit and vegetables.

The aisle will be a testbed for innovative new compostable bio-materials as well as traditional materials such as glass, metal and cardboard.

Ekoplaza plans to introduce a plastic-free  aisle to its 74 branches across the Netherlands by the end of this year.

The second store with a plastic free aisle is expected to be in The Hague. It's due to open in June this year.

The Netherlands has a long track-record of blazing a trail on environmental issues, with the UK famed for being decidedly slower on the uptake.

With 35,000 kilometres of traffic-free cycle lanes, the Netherlands is the only country in Europe that is home to more bicycles than people.

Beyond Amsterdam, an extensive public transport network makes it possible to reach almost every corner of the country by train, bus and tram.

Dutch business is widely heralded for its green credentials, with Netherlands-based multinationals Philips and Unilever having become stalwarts of the Dow Jones Sustainability Index.

With growing public consensus for tougher action against the scourge of plastic pollution, it’s high time that Britain’s biggest grocery retailers followed the example set by their Dutch counterparts.

According to a 2017 survey by Populus, more than nine-in-ten Britons back the introduction of a plastic free aisle. More than 80 percent are concerned about the amount of plastic waste that is generated in the UK.

Plastic free aisles have attracted political support too. In January Prime Minister Theresa May used her first major speech on the environment to vow to work with Britain’s biggest supermarkets to introduce plastic free aisles in their stores.

UK supermarkets are now waking up to the environmental crisis that plastic has created, but have misplaced confidence in recycling as an answer to the problem.

Unlike aluminium cans and glass bottles, plastic packaging cannot be recycled endlessly. All plastic is ‘downcycled’ as it becomes inferior each time it is recycled.

Irrespective of how much is spent on improving Britain’s recycling infrastructure, almost all plastic waste will make the transition from the economy to the environment sooner or later.

The answer then is simple. We have to turn off the plastic tap before it’s too late. Plastic free aisles are the first step to a brighter future for food and drink retailing.

No longer are the public willing to choose products that will last a matter of weeks packaged in a material that will remain on the earth for hundreds of years .

Sian Sutherland is co-founder of A Plastic Planet – the campaign for a plastic free aisle in supermarkets. To learn more about the campaign visit aplasticplanet.com.