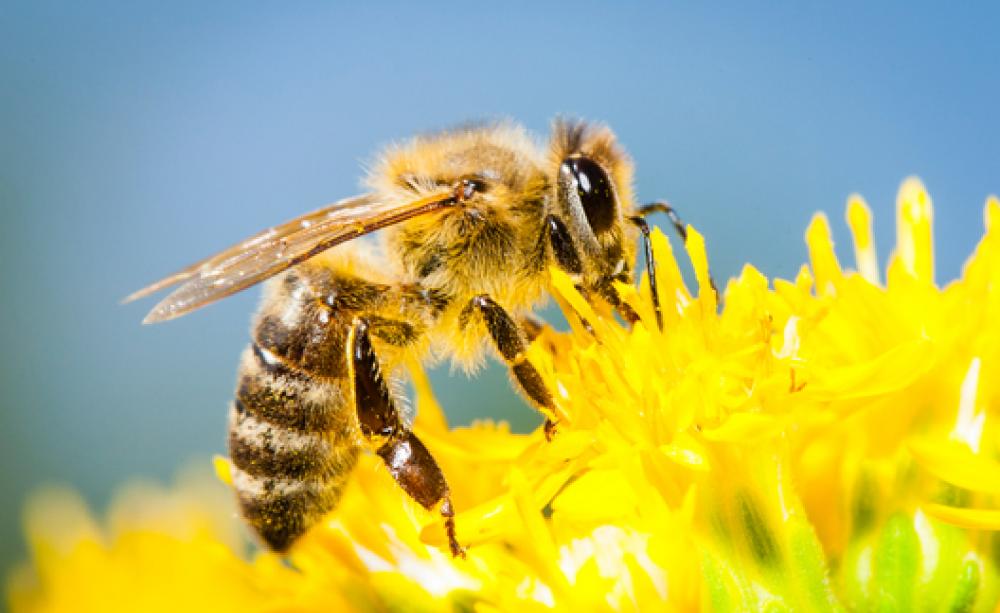 (c) Greenpeace
(c) Greenpeace
Insects are at the heart of our ecosystems and critical to humanity. Pollinators make a huge contribution to human life, and we all have a part to play in pushing their role up the political agenda, argues SAM PACKER of the Soil Association

Despite providing such obvious services, pollinators are facing hard times. A total of 35 UK bee species face extinction, while two-thirds of UK moths and 71 percent of butterflies are in decline.

Insects are at the heart of our ecosystems. They make up about two thirds of all life on earth, and their decline is being described as catastrophic. The BBC’s Chris Packham recently called this ‘an ecological armageddon’.

This decline is not confined to the insect world; farmland birds have seen considerable fall in numbers since the 1970s, and the number of hedgehogs living in the British countryside has plummeted by more than half since 2000.

Many factors are at play in the decline of insects; habitat destruction, climate change and pesticide usage are clear drivers, and now evidence suggests that even light pollution is a factor.

Insects are critical to life on earth, but it is pollinators that perhaps have the most obvious contribution to human society. Pollinators are estimated to contribute around £650m a year to the UK economy and we would struggle to feed ourselves without them.

Despite providing such obvious services, pollinators are facing hard times; 35 UK bee species face extinction, while two-thirds of UK moths and 75 percent of butterflies are in decline.

The impact of pesticides on pollinators is now undeniable and the world’s most commonly used insecticides neonicotinoids have been at the centre of a debate across Europe for many years.

In light of the evidence, the European Council recently voted for a full ban on the use of the systemic pesticide on all outdoor crops which has subsequently been reinforced by the UK Government in the 25 Year Environment Plan.

Despite providing such obvious services, pollinators are facing hard times. A total of 35 UK bee species face extinction, while two-thirds of UK moths and 71 percent of butterflies are in decline.

Most worryingly for pollinators, this evidence showed concentrations of the chemicals have been greater in the very places that are intended as wildlife havens, such as hedgerows and field margins.

There has been a partial ban on neonicotinoids since 2013, with some positive results. Oil seed rape, a crop that is widely considered reliant on the use of the chemical, has in fact seen some increases in yields since the partial ban came into effect.

Wider studies back up this evidence, showing that neonicotinoids can reduce yields for a number of reasons, including killing predatory beetles which allows slugs to eat crops, increased usage creating pest resistance to chemicals and the reduced pollination services as the insecticides impact wild pollinator numbers.

Banning neonicotinoids is a positive step, but it will not solve the wider problem if they are simply replaced with another pesticide. What is required is a transition to ecologically sensitive ways of farming that support insects and ecosystems to thrive, such as organic farming.

Making this shift is complex, which is why we work to influence policy change on a range of issues including support for agroecological farming systems and pesticide regulation.

As part of the Pollinator Advisory Steering Group (PASG) the Soil Association has been calling for pesticides to be recognised as a driver in the decline of pollinators. Until now, Defra’s National Pollinator Strategy has failed to make this link, separating the two issues as if they are unconnected.

But the tide is turning and we are encouraged that Defra’s Expert Committee on Pesticides will be ‘updating their evidence base to include pesticides as a driver of pollinator status and trends’, a move that we applaud but consider long overdue.

Influencing policy change is only one part of the puzzle to protect pollinators. Farmers across the UK can be part of the solution to support a shift to alternative systems of farming, to find environmentally-sensitive ways of producing food while reversing the recent terrifying collapse in insect populations.

The impact of public campaigns against the use of neonicotinoids demonstrates how we all have a part to play. A recent UK poll revealed that an overwhelming majority of the public want tough EU controls on pesticides to continue after Brexit; the public have a crucial role to play in pushing the role of pollinators up the agenda.

Sam Packer is the Soil Association's policy officer for farming and land use. You can find him tweeting at @samtpacker.