Has tourism in Thailand reached a tipping point? 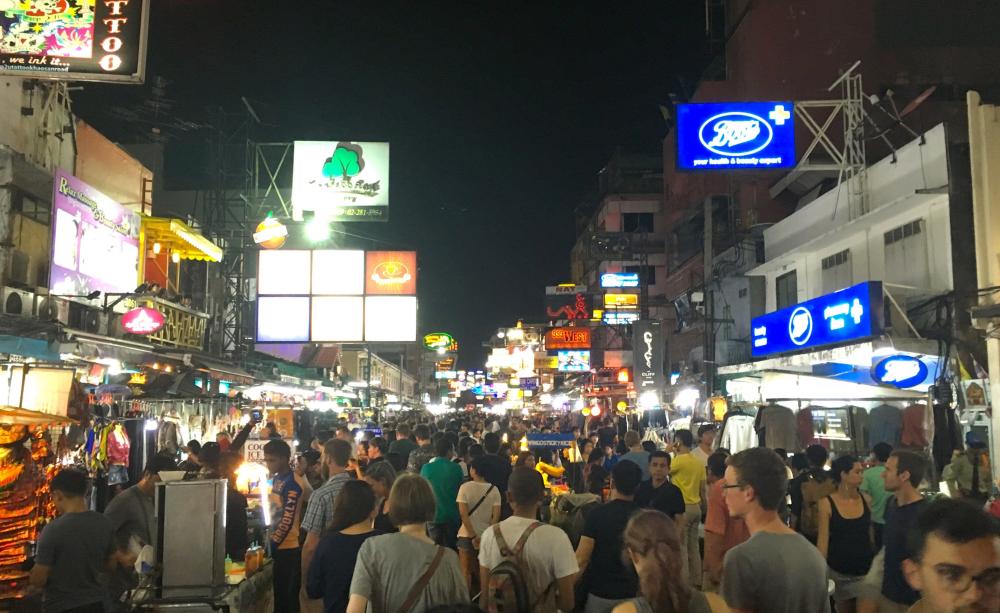 Tim McDonald
Maya beach - made famous by Danny Boyle’s 2000 film, The Beach - is due to close today because of the wreckage tourism has made of the area. ROBYN WILSON asks, is Thailand's expanding tourism sector pushing its environment to the point of no return?

I don’t think they are able to protect these islands and areas as long as the government and its policy prioritises economic development including mass tourism at all cost.

Thailand is one of the most popular holiday destinations in the world. Last year, it welcomed a staggering 35m tourists — up nine percent on the previous year.

This figure is expected to grow to nearly 37.7m tourists in 2018 and to hit 64.5m by 2028, as the Thai tourist board markets the country's untapped regions.

Some argue this is good news for Thailand’s economy. But its popularity among visitors is weighing heavily on the natural environment. Thai authorities have said they will today temporarily close the popular Maya beach - made famous by Danny Boyle’s 2000 film, The Beach. This is due to the environmental damage excessive tourism is having on the area.

The closure is one of several that has taken place in the last two years, with Koh Tachai closed in 2016 and the three other islands off Phuket shut down that same year. This begs the question, is tourism in Thailand reaching a tipping point?

“The 35m global tourists who visited Thailand [is equivalent to] half of the whole population of the nation. If this trend continues then profit maximisation from mass tourism and exploitation of natural resource will lead to the depletion and devaluing of [its] ecosystem and sustainable tourism will pass the stage of no return.”

The Thai government appears to be taking steps to tackle its most pressing issues around waste disposal and marine damage.

In July, the government will introduce a series of bans, aimed at reducing marine damage, across its three popular islands - Samui, Tao and Phangan, the latter of which is infamous for its full moon parties.

The measures, which will last two years, include no coral anchoring, no fishing and no construction that has a harmful impact on the marine ecosystem.

Jatuporn Burutphat, the chief of the marine and coastal resources department, said at the time of the announcement: “The amount of garbage and waste water on these islands is so big that it will become unbearable in the near future, and we have to think about the future.”

The government will close down Maya beach for four months from June, although experts are dubious about how beneficial this short-term break will actually be for the environment.

Thon Thamrongnawasawat, deputy dean of the Faculty of Fisheries at Kasetsart University in Bangkok has said: "Temporary closures can help to a certain extent. But an ideal solution is a permanent closure, which is not possible due to our reliance on tourism revenue.”

I don’t think they are able to protect these islands and areas as long as the government and its policy prioritises economic development including mass tourism at all cost.

He added that 77 percent of the total of 238.4 sq km of coral reefs in Thailand's waters has been devastated and explained how water pollution from beach-front hotels was one of the biggest causes of this damage.

Plastic pollution too is a major problem for Thailand -- as well as other parts of Southeast Asia, including Bali in recent months.

Ms Buakamsri flags Thailand’s islands of Koh Chang and Koh Panyi as areas at particular risk of this. “Plastic waste is produced in [Thailand's] society and increasingly by the tourism sector - Thailand has been the sixth biggest contributor of plastic pollution in the world oceans, presenting an urgent environmental issue facing the country.”

The need to develop a whole raft of credible sustainable tourism policies is clearly urgent for a country that makes a large amount - 21.2 percent in 2017 - of its gross domestic product (GDP) from travel and tourism.

Thailand will also need to address how it competes against them in a sustainable way as neighbouring countries like Vietnam and Myanmar continue to expand their tourism industries.

Some, however, are sceptical that Thailand will be able to grow sustainably. “I don’t think they are able to protect these islands and areas as long as the government and its policy prioritises economic development including mass tourism at all cost,” concludes Ms Buakamsri.

“Moreover an inclusive community involvement in economic sector like tourism -- the key component for a sustainable tourism and ecological-based approach -- has long been ignored.”

Robyn Wilson is a freelance journalist who splits her time between Europe and Asia. She writes for national, international and specialist publications on travel, property and the environment.