Priorities for the marine environment after Brexit 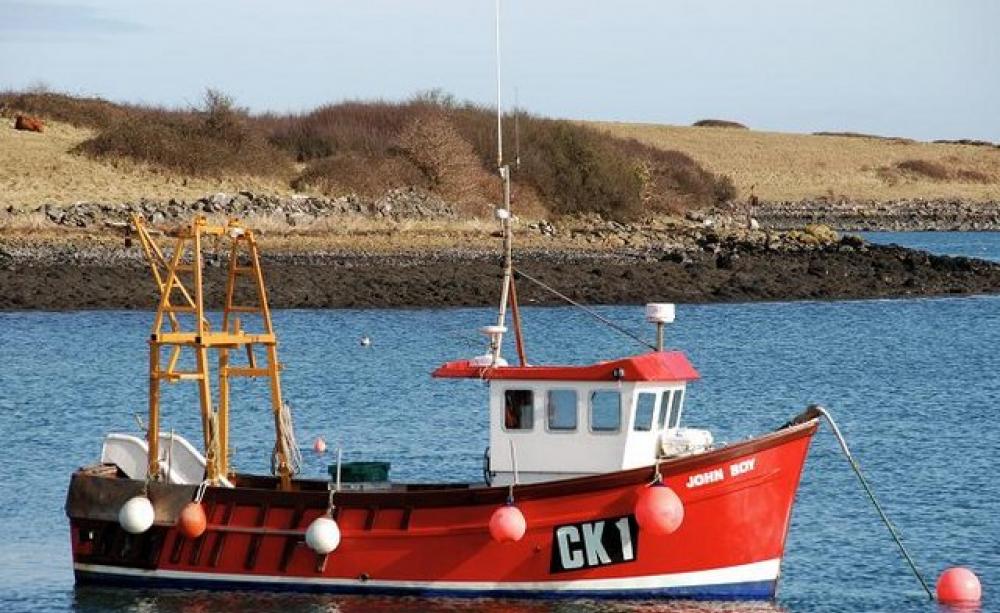 Wikimedia Commons
The decision to leave the EU will have a major impact on environmental policy and legislation. How this will apply to the marine environment remains an issue of great debate. The British Ecological Society and Marine Biological Association came together to discuss the challenges and opportunities arising from Brexit. Dr ABIGAL McQUATTERS-GOLLOP provides a summary of the findings

Our marine species and habitats support a wealth of essential ecosystem services, including commercial fisheries, and deserve as much consideration as our economy, immigration, and trade systems.

The high-level objective for Britain's marine environment is simply to have "clean, healthy, safe, productive and biologically diverse oceans and seas".

Currently, this is implemented through a host of legislation, much of which originates from the European Union. The country's decision to leave the EU will have a major impact on environmental policy and legislation, as well as consequences for the way scientific research is undertaken.

Nowhere will this be more acutely felt than in the marine environment, where international co-operation and agreement are crucial.

The UK's marine biodiversity is beautiful, productive, and unique. Our marine species and habitats support a wealth of essential ecosystem services, including commercial fisheries, and deserve as much consideration as our economy, immigration, and trade systems.

The marine ecosystem does not recognise political boundaries. Mobile species, such as fish and cetaceans, swim between European economic zones, and therefore require transboundary management measures. It is unrealistic to manage UK waters in isolation.

International collaboration is required to address transboundary challenges. Currently, the UK plays a prominent role in transboundary marine management organisations such as International Council for the Exploration of the Sea (ICES) and the Convention for the Protection of the Marine Environment of the North-East Atlantic (OSPAR), greatly influencing the European science-policy landscape.

The UK has been leading the research required to support implementation of the MSFD's biodiversity elements and contributes strongly to ICES working groups which, among many other important science-policy duties, deliver recommendations for fishing quotas.

The British Ecological Society (BES) and the Marine Biological Association (MBA) brought their members together, along with other interested scientists and environmentalists, for a one-day workshop to discuss challenges and opportunities for the marine environment arising from Brexit, identify the role of marine science in addressing challenges, and articulate the priorities for enhancing the UK's status as a world leader in marine science.

The workshop produced a set of recommendations for a post-Brexit UK:

1.  Appoint a minister of the marine environment

2.  Monitoring, management and enforcement should be adequately resourced

3.  A reorganisation of funding mechanisms

These recommendations arose from discussions around the likely impacts of Brexit on the UK's marine environment and research community.

For example, the management of marine biodiversity after Brexit is uncertain. While some attention has been paid to commercial fisheries, including a recently-launched Parliamentary inquiry, the future of marine habitats and species has received almost no press.

Our marine species and habitats support a wealth of essential ecosystem services, including commercial fisheries, and deserve as much consideration as our economy, immigration, and trade systems.

More than 30,000 Europeans, many of which are scientists, work in UK universities, giving the UK access to skills that its own citizens do not possess.

One of the most wonderful parts of being a scientist is working with people from different countries and in different disciplines - for all of the numbers around these statements see the Royal Society's Snapshot of the UK's Research Workforce.

Without the legal enforcement of marine environmental policy through the EU there is a real danger that the UK will not deliver its current environmental protection and sustainable use objectives.

With the Immigration Bill still in debate, freedom of movement of people is in jeopardy, risking isolation of UK scientists from the rest of the European scientific community, and presenting challenges to our current close collaborative relationships.

In turn, the cross-border collaboration which is essential for proactively managing our marine environment through an ecosystem approach to management, and for advancing scientific research, is in jeopardy.

The BES and MBA marine environment after Brexit workshop report summarises our thinking and articulates the key messages that were discussed.

It is the hope of the attendees that Brexit is successful for the marine environment and the UK's research community, and that this report can help achieve this.

Dr Abigail McQuatters-Gollop is a lecturer in marine conservation at the School of Biological & Marine Sciences, Plymouth University. She also leads the university’s Plankton and Policy Research Group.