Children must have a right to nature 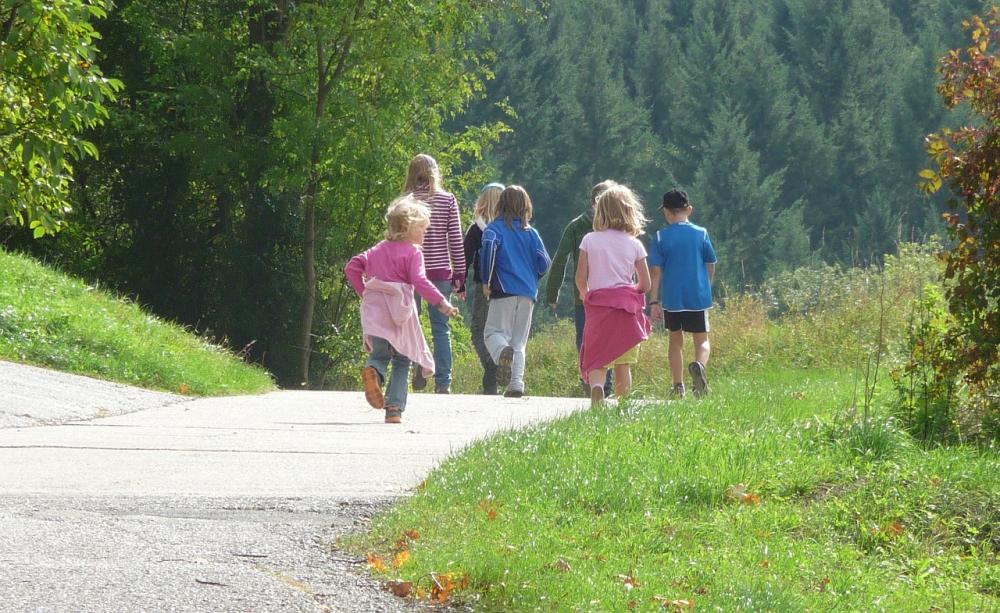 Children should enjoy a connection to nature, as a human right.

Creative Commons
Blackberrying and tweeting. These words used to evoke strong memories and feelings of nature. Now, they are about technology, old and new. NATALIE BENNET argues access to nature should be a human right for our children, so our connections with the environment are not lost

Lack of opportunities and exercise of these activities has been identified as “Nature Deficit Disorder”. It’s something that many children now suffer from.

Last autumn, I was tweeting about blackberrying. Not a political tweet, not a statement, just a “tweeting like a human being” moment. I got back in response the kind of sniping tweet you get from political opponents about sometimes the simplest things: “Shouldn’t you be leaving those for the birds?”

I had to laugh. For anyone who’s ever looked at a blackberry bush, who’s ever lunged deep into a tempting grouping within it and got the thorn scratches to prove it, knows that any bush will contain plenty of berries the birds can harvest that humans never will.

It was a simple, telling reminder of how many people, particularly younger people, in our society have never had the kind of basic contacts with nature, never developed the basic practical understanding you don’t get from a book or a screen, that older generations took as standard.

When I was a small child, five or so, I first went blackberrying in Australia. At the same time, I was taught to find yabbies (freshwater crayfish) in the streams around my grandparents’ house in a national park near Sydney with a piece of meat tied on a string. (A few years later all the yabbies’ disappeared – pesticides, it was said.)

I also collected the shed shells of cicadas, and learnt about metamorphosis. It was also where I learnt to use a crosscut saw, built childish dams across a muddy stream, and to shower under a waterfall.

These are the kinds of experiences that the Texas City of Austin - perhaps a politically unlikely location - has decided should be the right of every child. In 2016, its council, with not a Green Party member on it, unanimously adopted a Children’s Outdoor Bill of Rights, guaranteeing its young people the right to many of those activities I so enjoyed as a child.

We’re increasingly understanding that these activities aren’t just fun, aren’t just educational, but are essential for human wellbeing – will develop skills, knowledge and expectations that will take people through a lifetime of better health and wellbeing.

And of course they’ll prepare people for physical activities – develop the practical skills that equip people to be active in a society where many are suffering from obesity, diabetes and other health issues arising from inactivity.

Lack of opportunities and exercise of these activities has been identified as “Nature Deficit Disorder”. It’s something that many children now suffer from.

The International Union for the Conservation of Nature has prepared a major report on children’s need for access to nature, pointing out that as well as the health, wellbeing and skills that time spent in nature provides, its essential that if we are to care for our natural world in the future, coming generations have knowledge of and love for it.

Acknowledging this research, and reality, Green Party members before its spring conference, held in Bournemouth, made a motion on the issue their top policy priority for conference.

In it the party backed the call for access to nature to be recognised as a human right, operating at the international level, but also acknowledged that this is something that cities and local government can implement at a local level.

In many parts of the country Green councillors are already fighting to save local parks and green spaces, from the Sefton Park Meadows and Rimrose Valley Park, to Sunderland and Stoneham.

But the framework of a children’s right to nature, something that’s particularly likely to be denied to those in the poorest communities, that acknowledges also that barriers can be lack of knowledge and opportunity as well as lack of access, is an important additional tool, that you can expect to see wielded for the benefit of our children, and our world.

Natalie Bennett is the former Green party leader, a member of Sheffield Green party and a regular contributor to The Ecologist.